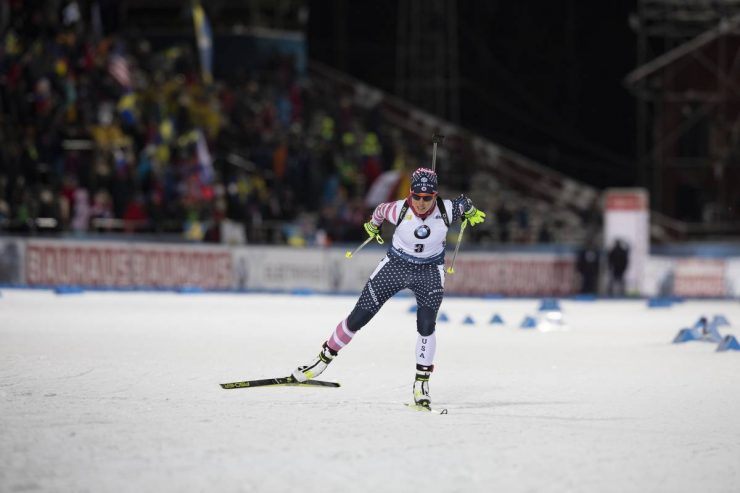 Susan Dunklee of the U.S. during the 7.5 k sprint in Östersund, Sweden in December 2019. (Photo: NordicFocus)

Success in biathlon can be fickle. With so many added variables, many outside an athlete’s control, the results page does not always align with the quality of the effort or performance. In an interview after a career best result in the 15k individual event in Pokljuka, Slovenia, Clare Egan explained that it is essential for a biathlete to differentiate between the two.

“We learn early on in biathlon to distinguish between [results and performance] because you can go out and say, ‘I felt great skiing and I thought I executed my shooting plan perfectly, but it just didn’t work.’ Maybe you had four shots that were really really close, but they were all misses, so you end up with a bad result and that result doesn’t reflect how you feel about your own performance.”

After eleven years on the national team and eight years of World Cup racing, Susan Dunklee understands this better than most. The 33-year-old Vermont native has weathered several dips in rank, and this season has been no exception. She placed 32nd with two penalties in her first sprint event in Ӧstersund, Sweden, followed by 73rd with seven penalties the following day and dipped to 95th in the next sprint event in Hochfilzen, Austria. 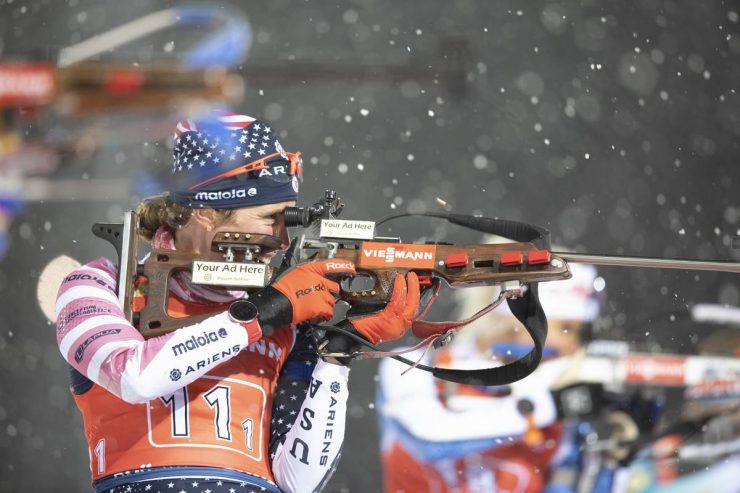 A mid-December shooting bout in Östersund, Sweden for Susan Dunklee. On the IBU World Cup circuit, Dunklee has of late been finding her form. (Photo: NordicFocus)

Dunklee has since rebounded to solid results in Ruhpolding, Germany and Pokljuka, Slovenia, where her shooting and skiing clicked for strong relay legs and a 10th place result in the pursuit.

Reflecting on her season in a call on January 29th, Dunklee shared that though she felt she was in good shape and had good focus during those early season races, she struggled with her shooting, particularly with standing.

“When you stand on the start line, you have a race plan in your head and after the race, rather than just looking at the results sheet, you ask yourself, ‘Did I do what I set out to do? How good was I about keeping my focus on what I was planning on doing?’ A lot of those races in December, I felt like I was doing a great job of that. I was very disciplined about how I approached the race and it was a little frustrating not to have the results come along.”

She continued that in order to succeed in biathlon, one needs to be patient and maintain self-belief even when you go through “funks” in results. Resilience and a process focus are also essential traits, since many variables are outside one’s control.

Dunklee also explains why the recent events have suited her strengths and preference for head-to-head racing and relays. She continues by illuminating the “electric” experience of racing in front of the roaring crowds in attendance at many venues and sharing how she is recharging during the break before the 2020 World Championships kick off in Antholtz, Italy.

Checking in with Susan Dunklee on January 29th. 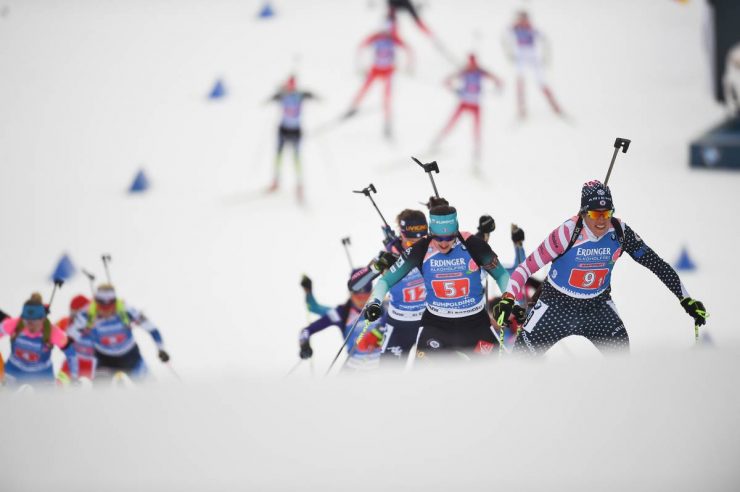