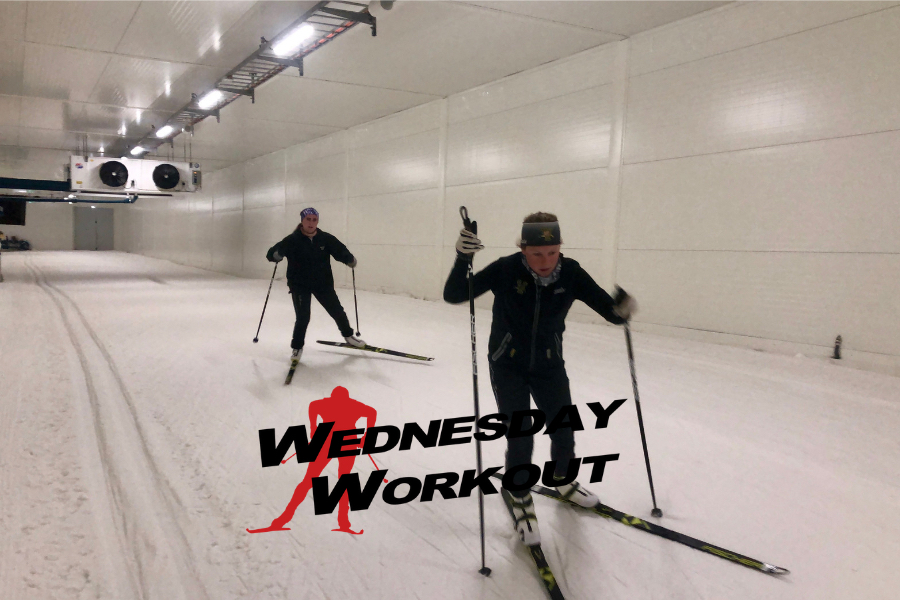 In September, I got an email from my high school club coach, Gus Johnson, about an opportunity to go to Östersund, Sweden to start the summer. The camp entailed participating in some research being conducted at the Swedish Winter Sports Research Center of the Mid Sweden University and training with college age skiers in a part of the world that I had never been to. I decided to Öster-send it, and a little more than half a year later, we are here getting after it! In the mix we have Alasdair Tutt (NSCF-FXC Head Coach), Gus Johnson (ASC Nordic Program Director), Quinn Lehmkuhl (University of Colorado, Boulder, ASC alum), Ursula Volz (Harvard Ski Team, ASC alum), Clara Cousins (Harvard Ski Team, CSU alum), Phoebe Meyerson (Harvard Ski Team, CSU alum), and myself, Lizzie Larkins (University of Vermont, ASC alum). 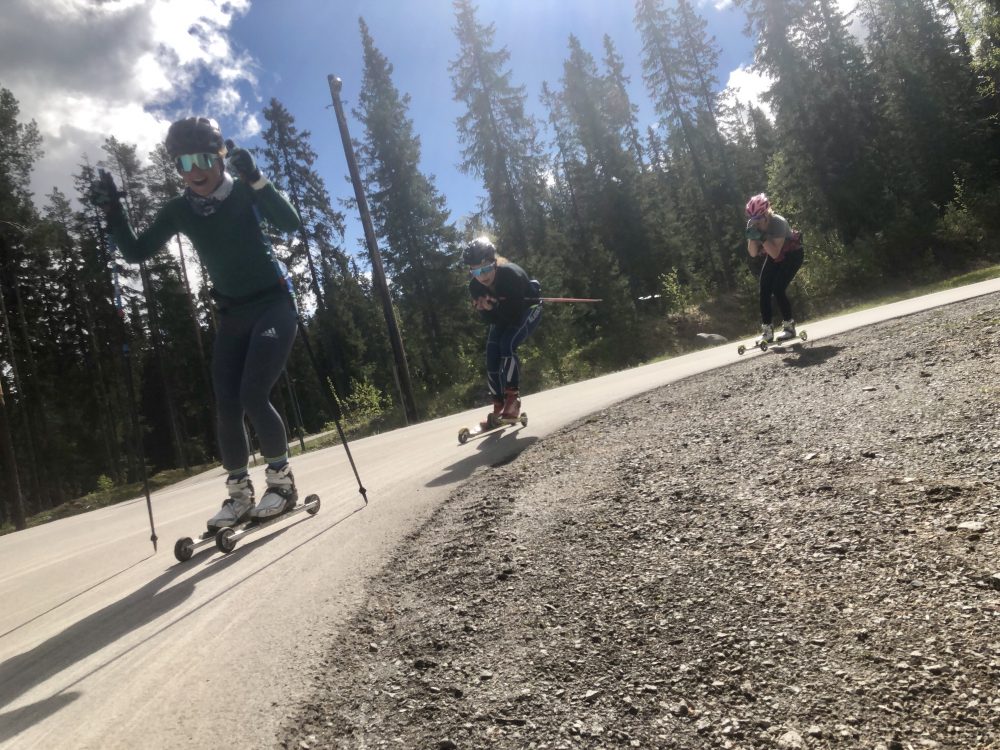 Östersund is high enough in latitude that it stays light 22 hours a day this time of year, but it is also a skiing hotspot for notable names like Stina Nilsson, Hanna Öberg, and many other Swedish national team members who train here regularly. We’ve been bumping into them- starstruck- on the trails over the past couple weeks. Mostly, we have capitalized on the rollerski track, the nearby mountain running in Åre, the training with local clubs, and all while absorbing as much local culture as possible. We have made some early season deposits in the fitness bank that we’re excited to bring home. In our down time, there has been plenty of sightseeing, bulk candy consumption, discovering of Swedish delicacies (most of which come in tubes), and discussing of the Lake Monster in Storsjön (the lake Östersund borders). 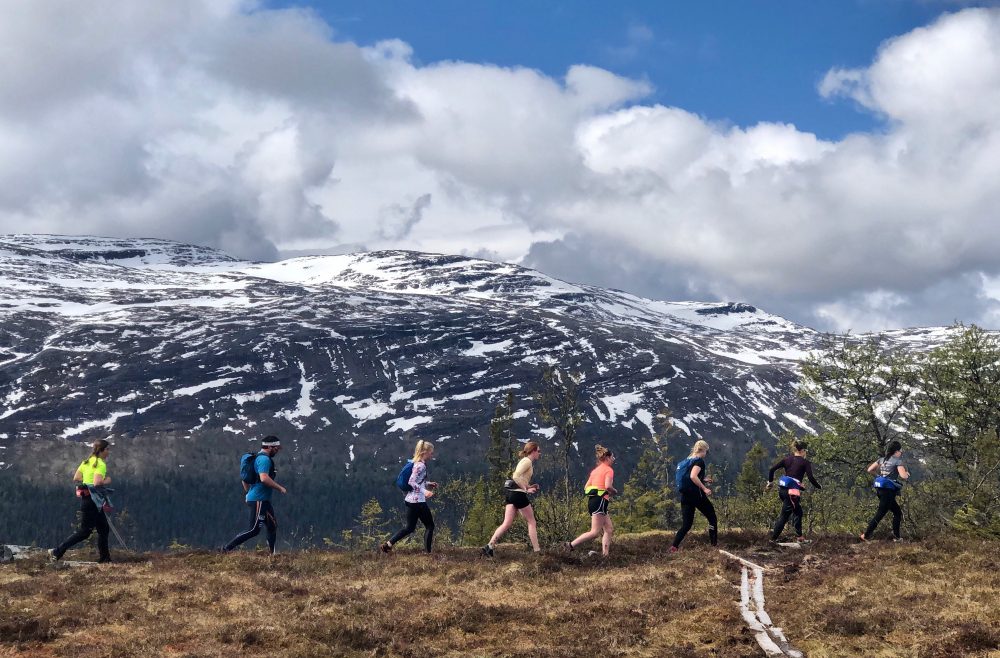 One of my personal highlights of the trip has been exploring MidSweden 365, which is a ski tunnel in Gällö. It recently opened in 2017 and is a fabulous training facility. It was an old military base with converted train tunnels (now ski tunnels) and barracks that can be rented out to ski teams. We have had it to ourselves both times we’ve skied there because their busy season is August through November as clubs are getting hungry to get on snow. It is a short drive or train ride from our hostel in Östersund, so we’ve made the trek twice and have loved the fast conditions on the 1.5 km loop!

Here is our Wednesday Workout:

Warm up: commute to ski tunnel, (walk 3 km from the train station), rent gear, layer up, and start skirting around the underground loop!

Do a hot lap to get even more warmed up (considering it is -10 C in the tunnel) then assemble pairs for the team sprint. Our sprint simulation required 3 laps per partner and we adjusted start times and tagging to keep things close and duke it out as a group!

Cool down by cruising through the tunnel for as long as you desire and toss in some no pole if you’re feeling spicy! Our group highly recommends the apple pie made by Veronica (the ski tunnel director) as a recovery snack!