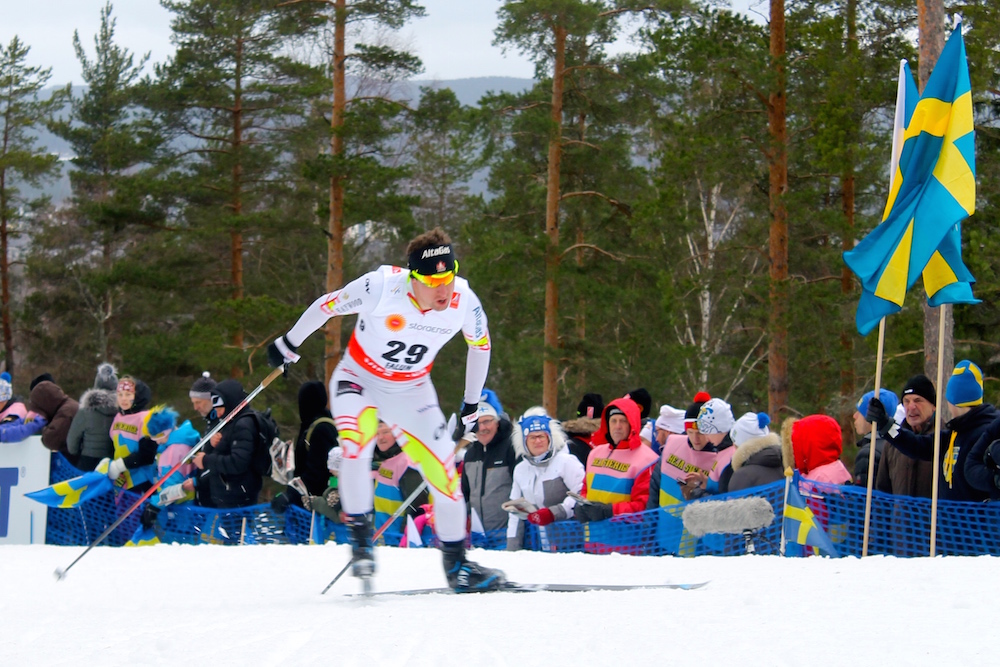 Ivan Babikov couldn't believe what he was hearing early in the 2015 World Championships 15 k freestyle. Two years after placing fourth in that race, he was in danger of finishing near last if he didn't speed up. Babikov turned it on for his second lap, which ended up being 24 seconds after than his first, to place 20th. Also for Canada, Graeme Killick placed 32nd and Jess Cockney was 57th in his first distance race in almost three months.