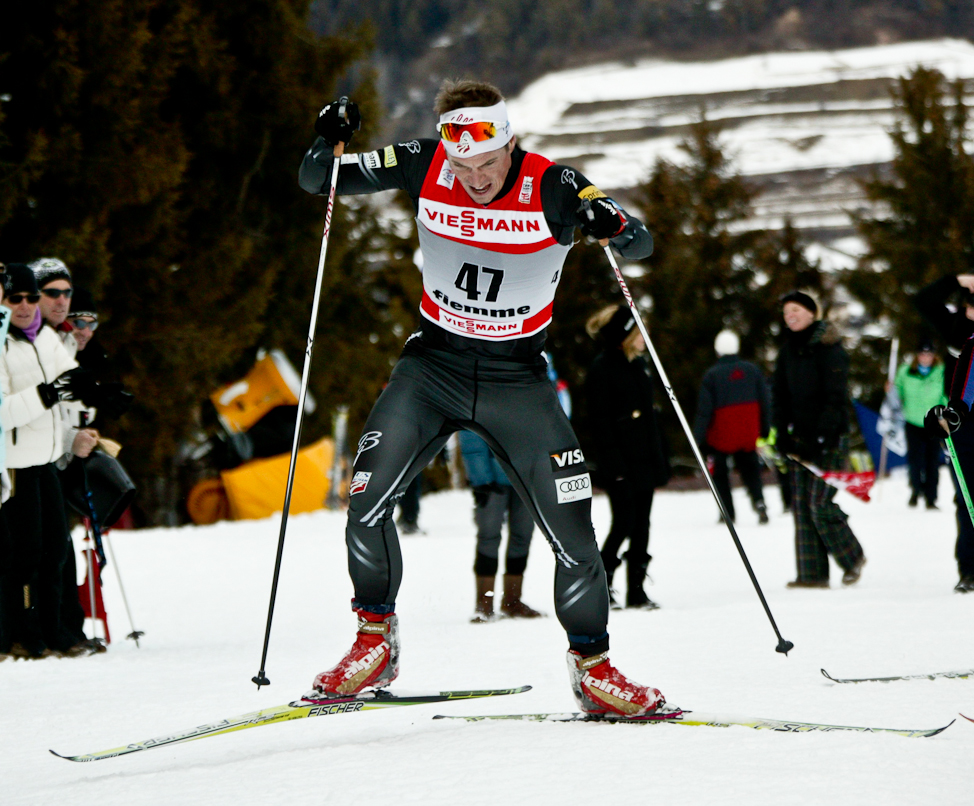 Kris Freeman and Noah Hoffman improved in the overall Tour de Ski standings, but neither were psyched about their results, considering Hoffman fell and Freeman's been fighting an uphill battle since he crashed in stage two. Andy Newell broke two poles and skied a total of about seven kilometers on broken ones, settling for 67th.