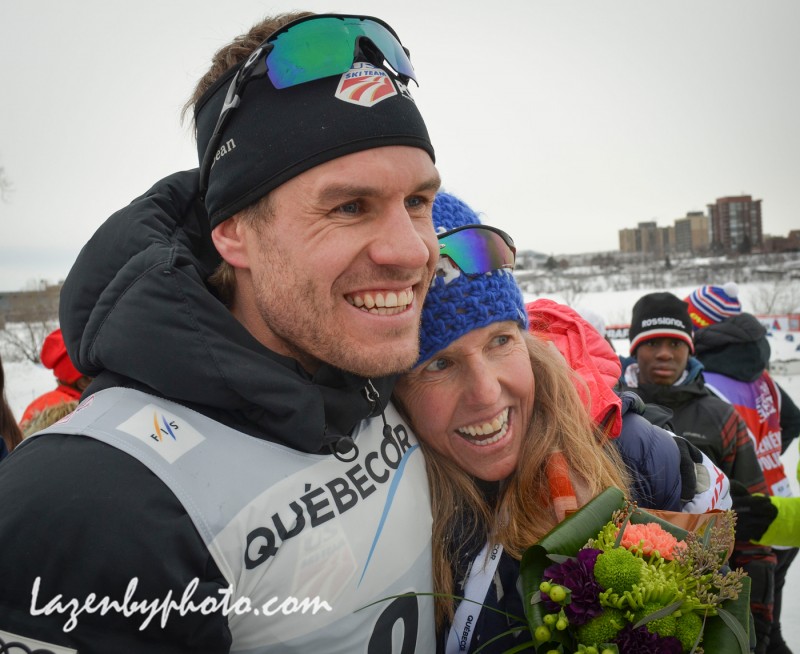 On a 1.7-kilometer technical course with hustling and jostling, U.S. sprinter Simi Hamilton proved he had the tactics and the lungs to ski with the world's best on Tuesday. He placed third in the Ski Tour Canada's opening skate sprint, 0.09 seconds behind Russia's Sergey Ustiugov in first and 0.01 behind France's Richard Jouve in second.