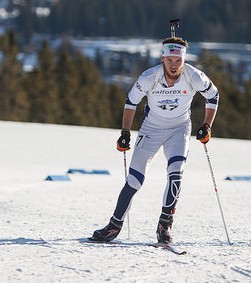 When Casey Smith went flying off the race course in Canmore, Alberta, he was knocked unconscious; he later found he had broken many ribs, a shoulder blade, and bones in his back, as well as puncturing a lung. The U.S. biathlete is recovering at home, a process which will be long but which he's approaching optimistically.