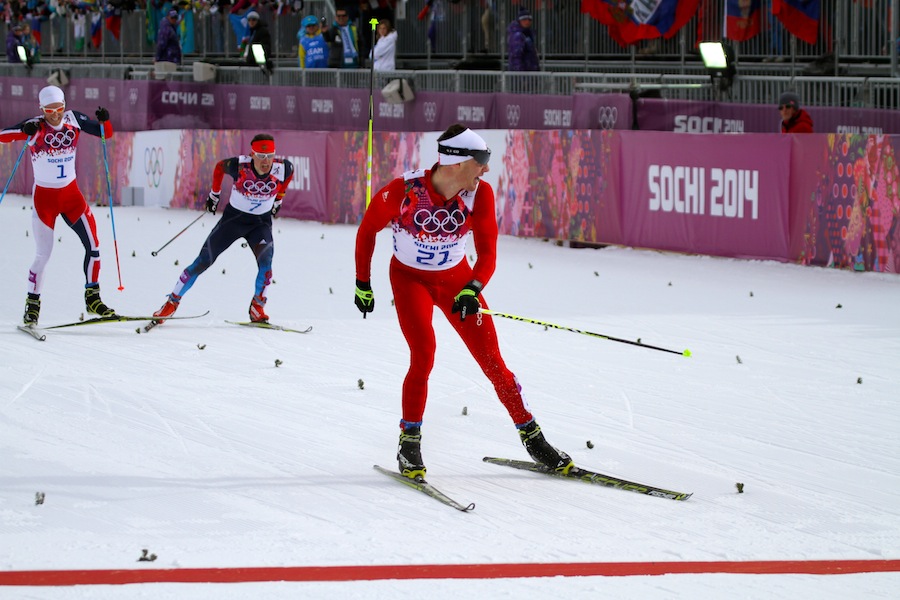 In the wrong place at the wrong time three months ago when he slipped on ice and tore ligaments in his ankle, Switzerland’s Dario Cologna made sure he was in position to do something stellar on Sunday at the first men's cross-country ski race of the Olympics. He won his second Olympic gold, beating the defending champion Marcus Hellner or Sweden to the line.