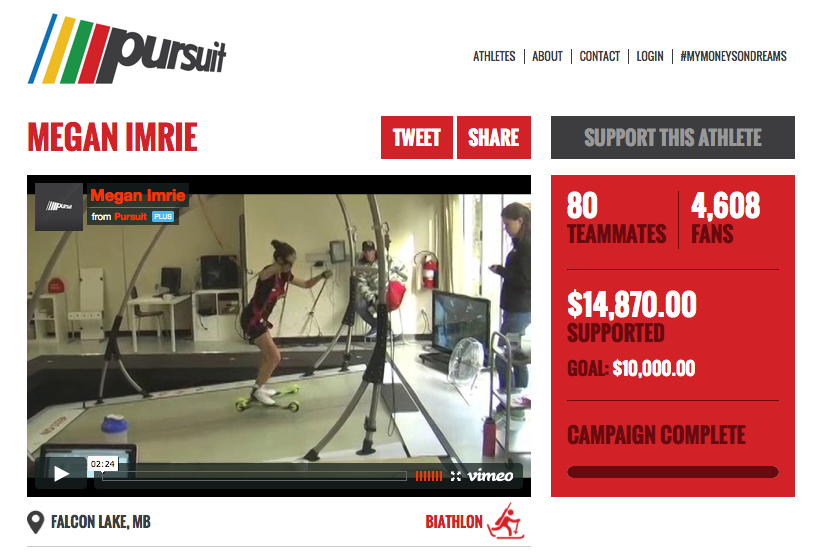 Former Olympic kayaker Julia Rivard decided to use the Kickstarter model and her own tech smarts to make a fundraising website only for athletes. A year later 20 Canadians, including three biathletes, have started campaigns on the site and more than half surpassed their goals. Rosanna Crawford has raised $18,000 with partner Brendan Green: "It feels like a weight has been lifted."