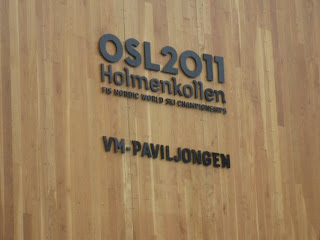 L: “Well if I get to race there you can come back to Norway to watch and visit your friends.”

K: “Sweet! You should definitely do this race.”

My little sister is spending the year in Oslo and we had this conversation the other day. Then I signed onto facebook and saw that she had tagged me in the above photo. Which I thought was cute.

It reminded me that work is busily being accomplished on the 2011 World Champs venue and, in fact, they’ve been working on it ever since they won the bid. I am, hopefully, going to show up to the 2011 World Championships and stay there for one week training nearby and then two weeks at the championships, then they’re over and all the athletes go their merry ways. The organizing committee, on the other hand, is working on this as a full-time job starting last year and ending well after I’m snuggled back into my own home in America.

The amount of work that goes into organizing and running an event is staggering. I am so grateful that people are willing to do this and to do it well. I can’t even imagine having to sit down and think out all of the needs of an event of that magnitude– the needs of all the athletes, coaches, waxers, staff, physicians, attaches, then all of the race organizers and volunteers, the sound system requirements of the announcers, the wiring needs of the timing crew and of the film crew, the comfort of the spectators. And before all of the people show up needing things the actual, physical venue needs to be built– ski trails, stadium, ski jumps, waxing areas, housing, parking lots, WADA testing area. It is unbelievable.

I feel so lucky to get to enjoy the hard work of so many people every time I show up to a starting line. 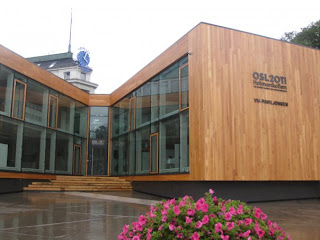