Leif Nordgren is a biathlete on the US National team from Marine on St. Croix, Minnesota.  He flew in yesterday and will be staying with us in Silver Star for the rest of the week.  I caught up with him while watching the French Masters Tennis Tournament on TV this afternoon.

1. Leif is a pretty unique name.  Have you ever had a teammate named Leif?  We have three skiers named Bryan on the CXC Team.  We call them by their last names: Gregg, Cook, and Fish.  Nordgren and Zimmermann are a little too long for that to work here.  What should we call you so we don’t confuse Leif and Leif?

Leif Nordgren:  No, I’ve never had a teammate named Leif.  In fact, Zimmermann is the only other Leif I’ve met face-to-face.  That’s a tough one.  Deno Johnson calls me “Leafy Greens” or “Leifers.”  I don’t have many nicknames, because it’s such an uncommon name. 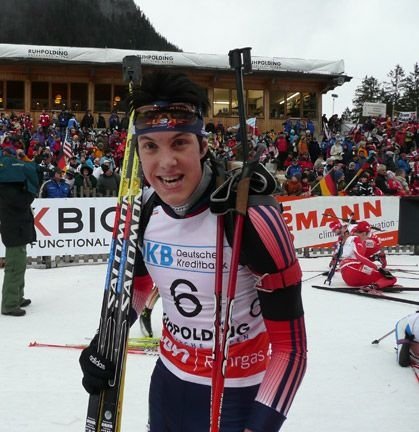 2. You’re a biathlete.  So, are you a faster runner or biker?  I always thought winter was your off-season.  Why did you come all the way out to Silver Star?

LN: I’m a faster biker.  I’m a pretty bad runner.  Believe it or not, biathlon is actually cross country skiing and rifle marksmanship.  I came out here to get some extra on-snow training before my first races next week in Canmore.

3. For me, traveling with a ski bag and duffel is a pain.  What is the most challenging thing about traveling internationally with a gun?

LN: I’m limited to two bags when I travel on the airlines.  Usually my ski bag and my rifle case are my two checked bags.  That means that I have to travel with all my clothes in my ski bag, which can get pretty heavy.  Traveling within the US and Canada is not too difficult with a rifle, just an extra form to fill out at customs.  Traveling within Europe can be more difficult.  Driving from Czech into Germany two years ago we got pulled over crossing the border and they found 10,000 rounds of .22 ammo on our way to World Juniors.  Our coach was in a different vehicle, so we had to wait for him to come back and clear things up.  We almost lost our rifles, but managed to make it though okay in the end, about 3 hours later. 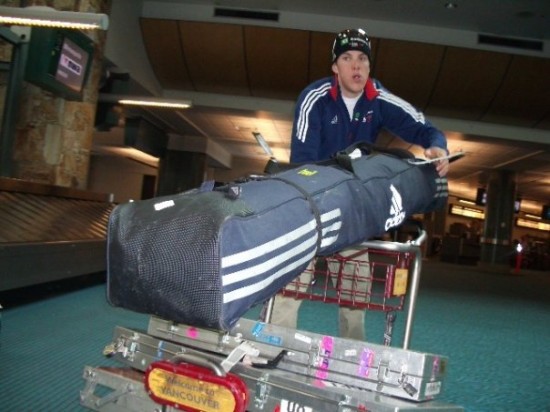 "There's only one pair of skis in my bag. I swear."

4.  You finished 3rd in the Korteloppet and your teammate Wynn Roberts was 7th in the Birkie last winter.  Is there a reason why biathletes don’t compete in more Cross Country events?  Is it because you don’t want to make us look bad?

LN:  No, that’s not it at all.  I’d love to do more cross country events, classic races too.  Our main focus is on biathlon, so that’s what we need to race.  When we get an open weekend its always fun to jump in a cross country race.  I’m just trying to ski my fastest, but beating the cross country specialists doesn’t hurt either.

5.  No offense, but you’re pretty skinny, even for a junior biathlete.  How do you stack up against the Jacked Up Old Man?  Will you ever start your own website, skinnyfastyoungkid.com?

The Jacked Up Old Man just doesn’t compare to me.  I was fortunate enough to do some roller ski races against him in Soldier Hollow just last month.  I was a little disappointed by his fitness level.  I love Duncan, he’s a great guy.  Hopefully he was just having an off week.  It’s always fun to get out and train with him.  I don’t have my own website yet, but now I’ve got a good name for one! 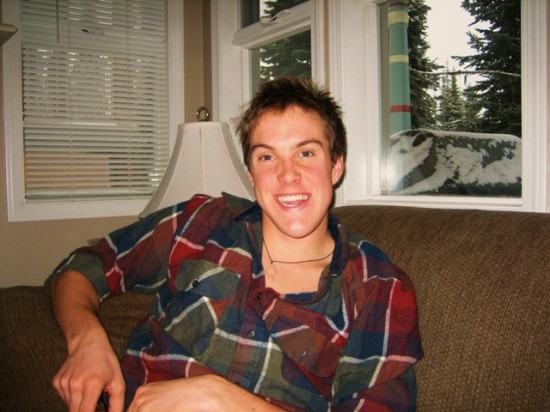 Leif kicking back in Silver Star