The ski trails in West are Packed.  I’m curious how many skiers are in West Yellowstone for the Ski Festival.  Not sure how many there actually are, but I’m pretty sure they were all at the trail head at 9:00 this morning.

Tomorrow, the CXC Team Vertical Limit and Salomon will be hosting a ski clinic for anyone interested.  Meet at the Biathlon Range at 1:30pm to get out for a ski with your favorite CXC skier! 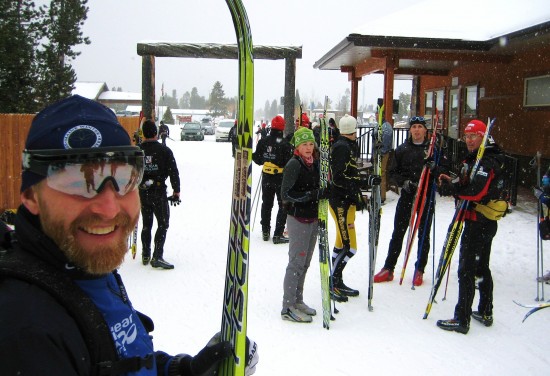 Dave Chamberlain and the crowd at the trail head

One of the highlights of West is Bullwinkle’s Bar, which happens to be a Packer bar.  They’ve got a variety of memorabilia on the walls and it’s the spot to watch Packer games in town.  Of course, we had a solid contingent of CXC skiers at the bar cheering on America’s Team.

Every winter a few of the Packers players travel to Yellowstone to snowmobile into the park.  After the Pack won the 1997 Super Bowl, they came to West and, when they discovered Bullwinkle’s was a Packer bar, they gave the owner their Super Bowl rings, so they wouldn’t get lost while they were snowmobiling in the park.  Ever since, the players have brought memorabilia for the bar whenever they come to West.  Bullwinkle’s has built a pretty extensive collection. 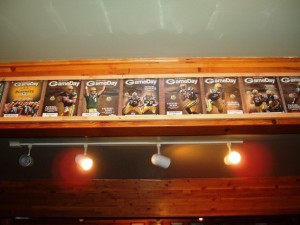 Autographed Game Day's from the 2007 season 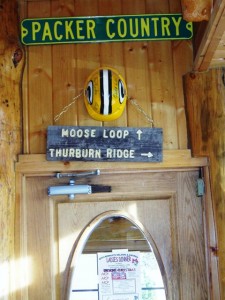