I always thought that riding in the team van was slow, stopping at every rest stop to relieve full bladders and top off empty Nalgenes.  Well, compared to my first experience on a Greyhound bus yesterday, I’ve decided the van feels like a Formula 1 race car, flying down the road making wicked fast pit stops.  The travel day started great with a bulkhead seat on an almost empty plane, almost too good to be true! 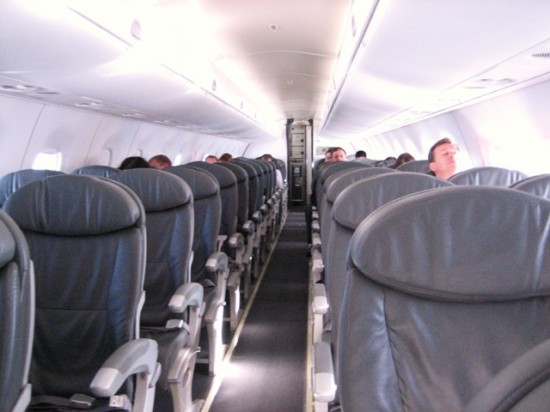 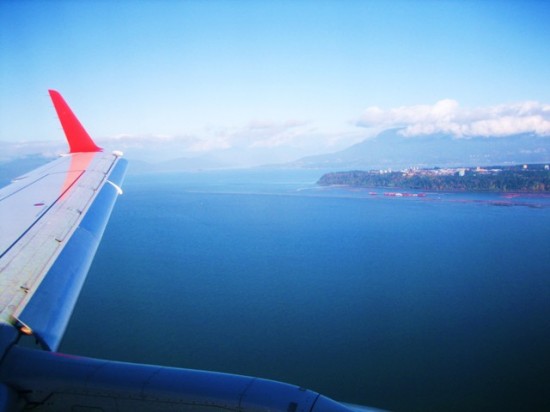 Flying into Vancouver: Sea to Sky

Driving through Vancouver has never left a positive impression on me, as the traffic and stoplights make getting anywhere efficiently next to impossible.  Riding the Vancouver Sky Tram (the public transportation network), on the other hand, was easy, fast, and inexpensive.  For $1.50 (Canadian!), I was able to take a 45 minute train ride into Downtown, then transfer trains to Pacific Station (read: Greyhound Depot).  A beautiful, sunny afternoon made traveling through town with a full ski bag and duffel much easier. 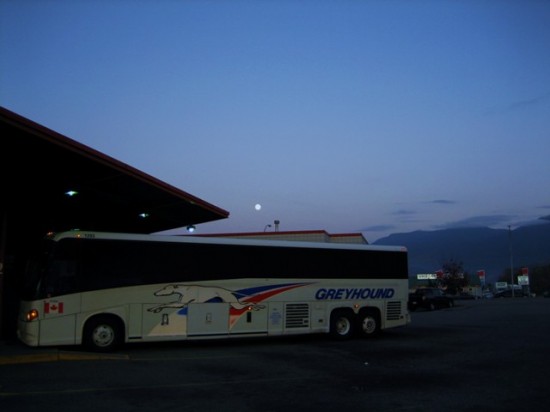 Riding the Greyhound was my payback for the empty, direct flight to Vancouver.  The bus was totally full (as Bill the bus driver pointed out: “54 fewer cars on the road”) for the entire 6 hour 30 minute journey.

If the Polar Express were a bus, it would be the Greyhound from Vancouver to Kelowna.  As the sun set, a full moon rose over the mountains.  The bus climbed into the mountains (getting passed by semi trucks) and the small snow piles along the interstate turned into white fields of snow, illuminated by the moonlight.  Kelowna was a valley of welcoming lights at the end of my Greyhound journey.  Liebsch picked me up in his rental car (he was able to fly directly into Kelowna) and less than an hour later, we had a car full of groceries as we pulled into Silver Star.  We went to bed dreaming of the snow we were going to schuss in the morning. 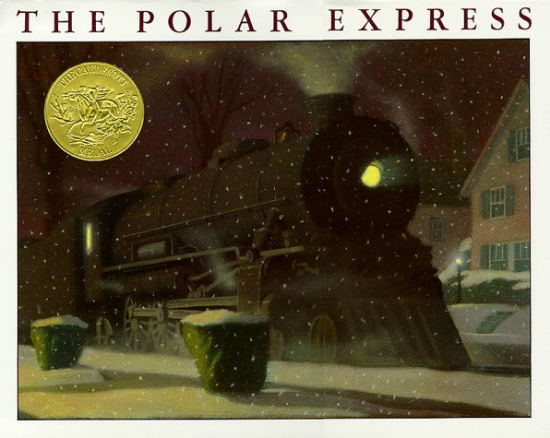