Is it possible to go for over a week without internet?  Yes.  And it’s good to know the world keeps on spinning without it.

garrottkuzzy.com is back, signing in from Anchorage, Alaska.  For now, though, let’s take a look back at several highlights from the past week. 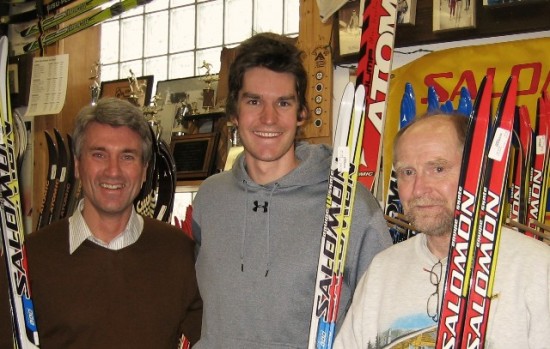 I’m not really into politics, but one politician I respect is Minneapolis Mayor R.T. Rybak.  He’s a huge silent sports advocate and since becoming Mayor, he’s basically turned my favorite city park (a.k.a. my backyard), Wirth, into the best cross country skiing in Minneapolis (with the hard work of a lot of other individuals as well).  Wirth will be hosting the 2011 Junior National Championships for cross country skiing.  While I was picking up my newly ground skis from Finn Sisu, I had the opportunity to meet Rybak who was also picking up skis.  Rybak announced recently his intent to run for Governor of Minnesota, so that’s a name you’ll surely see more of in the future.

Speaking of Wirth Park. . .we had a great group for the Hopkins Holiday Ski Clinic.  My high school ski coach (and high school photography teacher), Rob Fuhr, was on hand to take photos.  Great to see such a big Hopkins team (over 100 skiers this year!).  The team definitely caught the contagious enthusiasm of their new assistant coach, Missy Hoffman Ayers.  Here are a few shots from the morning. . . 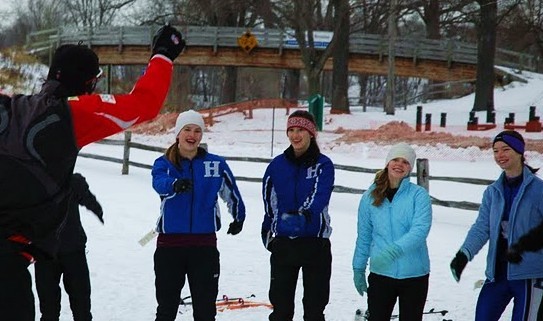 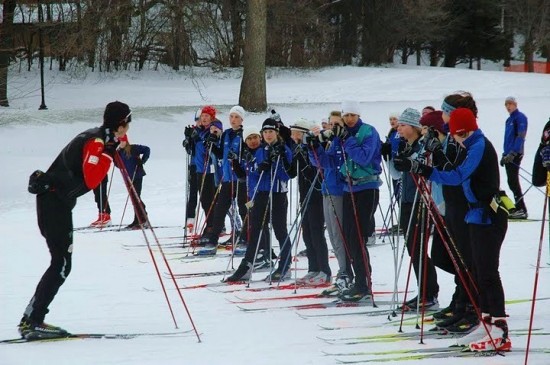 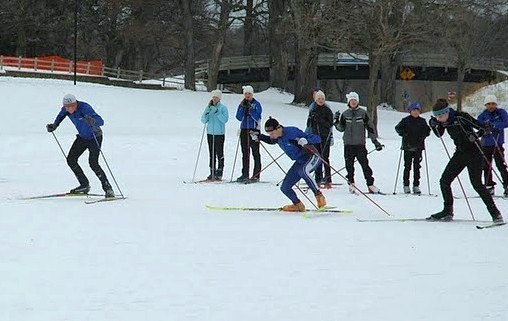 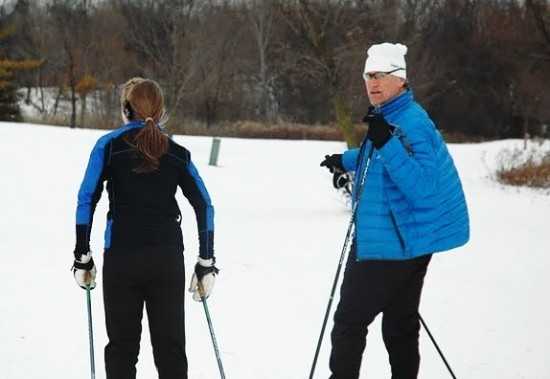 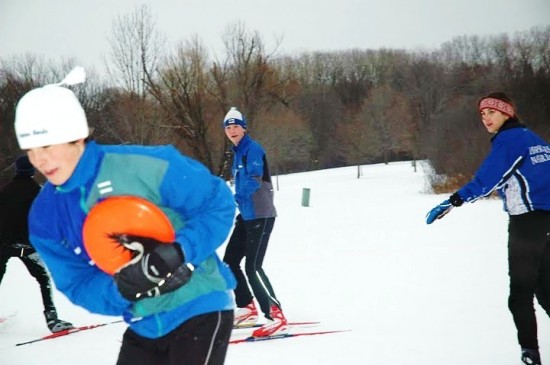 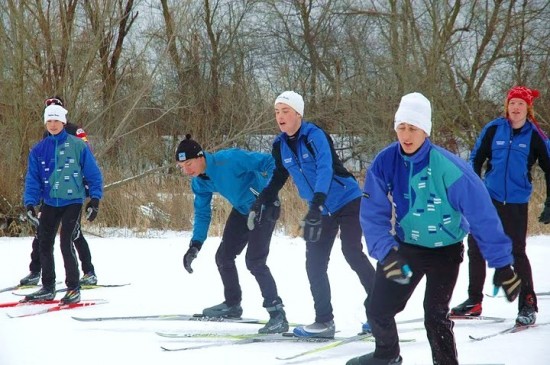 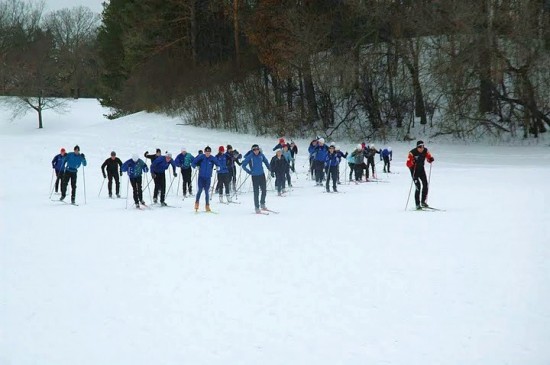 how far can you make it on one ski?

Of course, spending time with my whole family was a treat.  Speaking of treats, one of my favorite Christmas gifts was a couple boxes of Sun Valley Bars from my sister Laura.  Laura’s coach at UNH, Sarah Walker, started the energy bar company a couple of years ago.  They were a great snack on the six hour flight up to Anchorage.

However, I did get some grief from my teammates about eating a bar with the name of our rival club, Sun Valley.  It reminded me of the time, shortly after signing the embargo against Cuba, that John Kennedy was caught smoking a Cuban cigar.  When questioned about this, Kennedy responded, “I’m not supporting their economy, I’m burning their crops.”

With that, I’ll sign off.  Now that you’re up to speed on the break, my next post will get into life in Anchorage, where I can see Russia from my hotel. . .