The forecast for today was 28 degrees and partly cloudy.  It wouldn’t be a 30km Classic at Nationals without some more variables thrown into the mix.  Sure enough, when we woke up this morning, there were big dollar flakes accumulating in a hurry.  Of course, coach Bryan Fish and his wax crew of Igor Badamshin, Brandan Ostroot, and John Hugus were out and on the trail testing kick wax before 6:00 this morning.  By the time the men’s team arrived at the venue for their 11:30 start, Fish had the wax dialed and the women were already on course.

Getting reports from their race that we had two women in the lead pack was encouraging for our crew warming up.  In the end, Compton and Rebecca took 3rd and 4th, not far behind Kikkan Randall and Holly Brooks in 1st and 2nd. 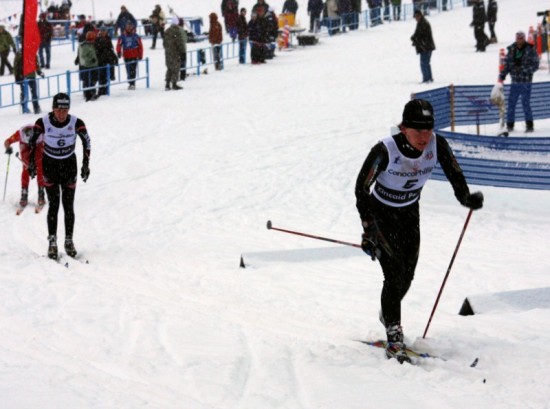 The men’s race was just as exciting.  I sat out the race this morning, as has been the plan all along, in preparation for the classic sprint on Friday.  I tested skis in the stadium with a number of the other sprinters, while the men’s field clicked off kilometers on their way to 30km through the fresh falling snow.  James Southam, Kris Freeman, and Bryan Cook pulled away from the field early.  In an exciting race of fades and comebacks, James extended his lead over Kris who barely held off a hard charging Cook over the final kilometers.

With Cook on the podium, that made for a CXC athlete on each podium so far this week, and our 5th different CXC skier on the podium.  Brian Gregg and CXC’s very own pro mountain biker Tad Elliott worked together for most of the classic race, before Gregg pulled away with an impressive double-pole at the end of the race to take 5th.  With Chuck’s 4th in the 15km skate and Gregg’s 5th today, that makes 7 different CXC skiers with Top-5 finishes so far at Nationals.  Not bad.  We’re still looking forward to a National Championship that could come in the Classic Sprint. 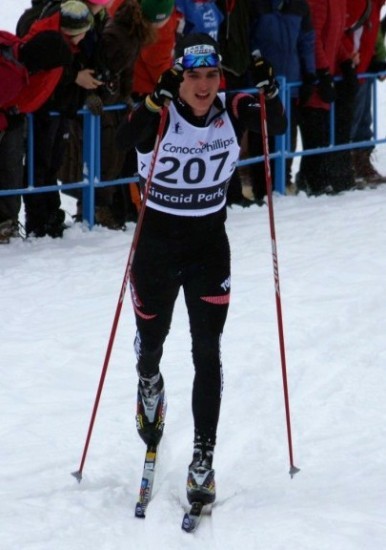 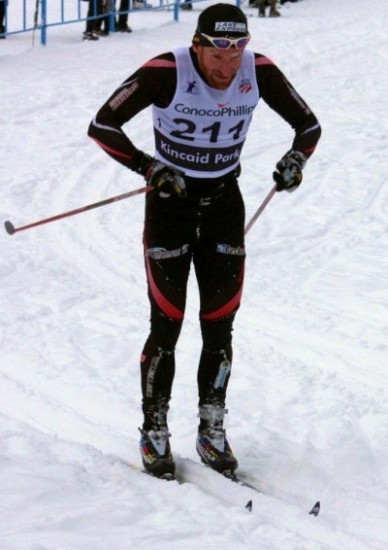 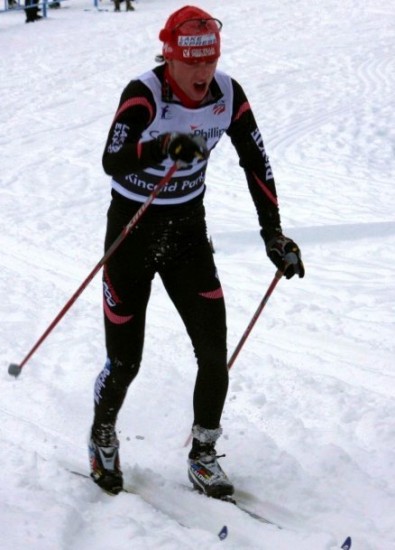 A Historic Day for GMVS XC!!