No parents, no rules!  I had the opportunity to race my first ever Western Collegiate race at Soldier Hollow this morning.  Racing is fun, especially mass start races.  Today was a 20km mass start skate that was everything you could expect it to be, with pack tactics, break-aways, and enthusiastic cheering sections on the steep climbs (yeah Wyoming!), topped off with some serious lactic acid build-up from the legs all the way up to the ears.

UAA’s Mike Schallinger of Germany put in a solid move on the final climb to squeak ahead of the American pack of Matt Gelso, Leif Zimmermann, and I.  On the women’s side, Morgan Arritola and Liz Stephen put in an impressive argument for choosing skiing over college (although my opinion remains relatively neutral), dominating the women’s field.  You can check out results here.

Back in the Midwest at the Mayor’s Challenge SuperTour, the CXC Team took over the podium for both the men and women.  Nice work!

Finally, traveling West to East, it was exciting to check out the Eastern College Carnival results and see the Middlebury men’s team on top of the list, anchored by former Hopkins skier Doug Debold.  The Midd women finished a solid second.

Great day across the map. 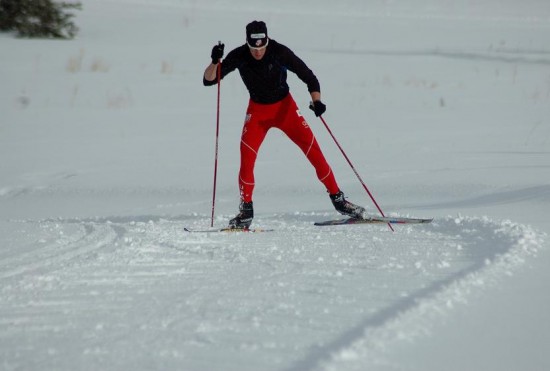 No photos from the race today.  If you took any good shots from SoHo today, send them my way and I can post a couple.  This shot was taken during intervals up Hermod’s Hill on Tuesday.

Another Good Day for the Russians