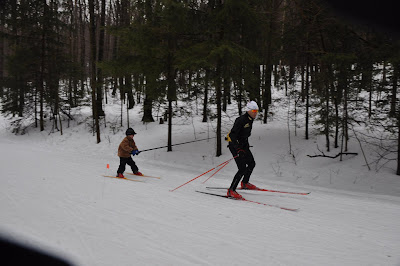 My New Training Partner
He constantly heckles me
“Is that all you got?” , “You can’t wipe me out!!”, As He Wips my leash “GO Horsey GO!”
Warning what follows is perseveration. To proceed may alter your thought patterns.
I’m not kidding.

Sounds simple at first. Addicted to training. Not Exactly. Definitely not addicted to plodding along through anything. Not a Day, not a second, not any workout, ski, bike, hike, run, kayak. Abhor even wasting a second. Am on a mission to achieve excellence in all its varying aspects and forms.

Understand??
JackedUp are you addicted to training? Definitely!!
Not plodding though. Am forever seeking the state where the mind is in control and the body just responds. The “Flow”, ” Nirvana” , and or “Something”.
Don’t assume that I’m crazy, yes driven but not crazed. If I really wanted to make the Olympic team I would have quit my job, sequestered myself from my family created a support team to facilitate peak performance.
Does anyone realize what goes into obtaining orchestrated peak performance. Analyze the support staff behind most successful athletes.
Don’t think or assume that this implies that I did not give 100% in order to tryout for the 2010 Olympics, with my limitations and constraints I gave 110%. Through this journey I have received unfathomable support from my Family, my Coworkers and National Guard Biathlon. Not forgetting help from Friends and Acquaintance’s. ( For some strange reason, probably prefer to remain anonymous.)
As one gets older we get distractions, commitments, and limitations for me that is a family and a job. Yes I would’ve been thrilled to race in another Olympics and would not have tried if it wasn’t possible.
The truth of the matter is that I just love training and racing. This is a similar situation to back when I would bring extra stuff home that I would collect a the dump then return 90% of it letting my wife think that she had won. When the actually I had claimed the Victory and Wife never knew it.
Remember as Tsen Tsu taught in the China 5th Century BC ” When a Victorious Warrior is Victorious: No one knows he has attained Victory”
Training to make this Olympics in a way was akin to the dump analogy in that it allowed me to train logarithmically more then if I wasn’t training for something big.
In a Machiavellian way the ends justified the means. Due to the enlistment of Wife and Kids was able to train copious amounts of hours. Now I need some outlandish justification to go on another training mission. Right now I have JackedUp’s version of the “Tour De Ski” and the World Military Championship at the end of March.
While I have heard countless so training maniacs say that if they were to become paralyzed, lose a leg that they would rather die. For me a die hard training addict I find those statements repulsive and spurious to my training mission for life. No matter what the handicap there would be a new training mission and an odyssey for excellence. If I was locked in(means totally paralyzed, not even your eyes move. No way to communicate your alive except brain scan) with only brain waves functioning I would just imagine excellence and live it through some alpha waves working on a virtual perfection of sport. Never say die, never give up.
Unfortunately Racing is a necessary evil but it can get in the way of optimal training. Now I can train for training sakes. Optimal training.
Stay tuned for elaboration on the Training Wars.
Next???
Stay tuned for elaboration on training Wars.

Catching Up With Torin Koos After His Methow SuperTour Wins