It’s Friday night in Park City. What do we do after skiing all week? Go out and watch other people ski.

Last night, Deer Valley hosted a FIS Aerials World Cup under the lights. The whole Nordic crew in Park City got together to support our teammates on the Aerials team. Not that they needed the extra support–there were a couple thousand other spectators as well! 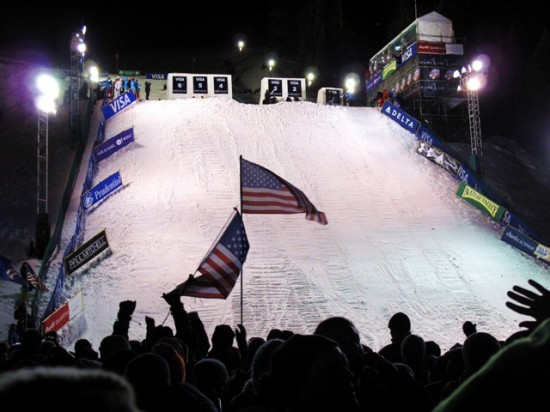 There is also a Moguls World Cup this weekend, so the moguls run was ready to go as well.  From the parking lot walking up the mountain, it looked like a white Christmas tree lit up on the hill. 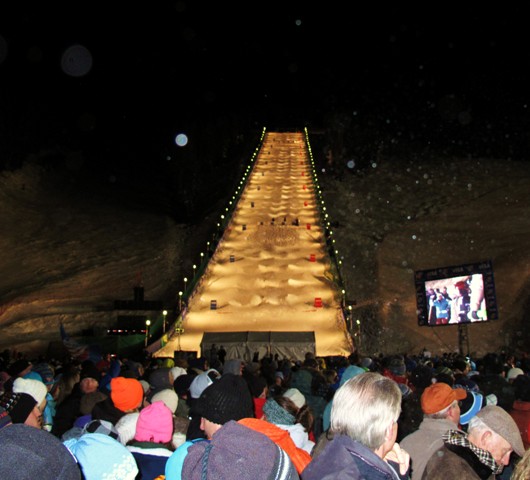 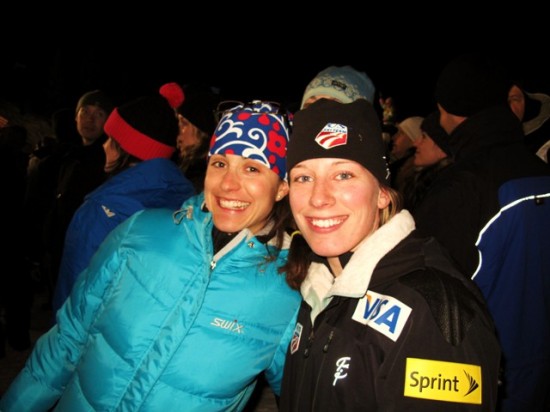 Morgans – Arritola and Smyth, checking out the freestyle

Aerials is a “Go Big or Go Home” event and there were some big jumps as well as epic crashes.  Johnny Mosley was on hand as the commentator for NBC’s Universal Sports, getting the crowd fired up.  The American’s didn’t dominate the aerials as much as the moguls skiers have.  In fact, the Chinese were the most dominant team, taking 5 of the Top-6 places for women and a 2nd place for the men.  Where do they recruit their talent?  They are all ex-gymnasts who converted to freestyle when they didn’t quite have what it takes to be a top gymnast.  The tallest woman on the Chinese team was 5 feet tall!  For some reason, I don’t think I’d be the greatest aerials skier. . . 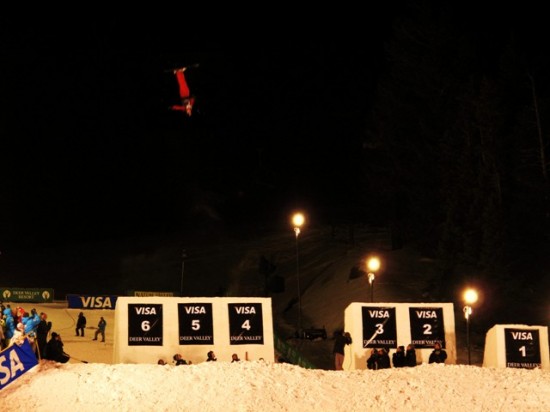 Getting up to throw it down.

Valaas Happy to be on Home Snow