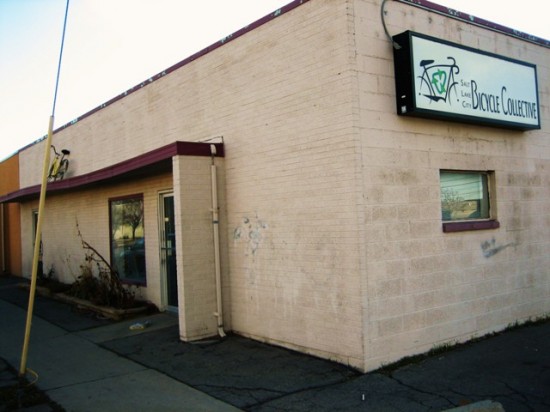 My National Team coach Pat Casey lives near-by and spends much of his off time working on bikes at The Collective.  Pat is currently in Europe coaching at the World Junior Championships (Congrat’s to Jessie Diggins on a solid sprint this morning!).  I’ve wrenched at various bike shops since I was old enough to get a job and working on bikes is one of my favorite activities to get my mind off training and onto something more mechanical.  I took advantage of my off day today to cruise down to SLC & work on bikes. 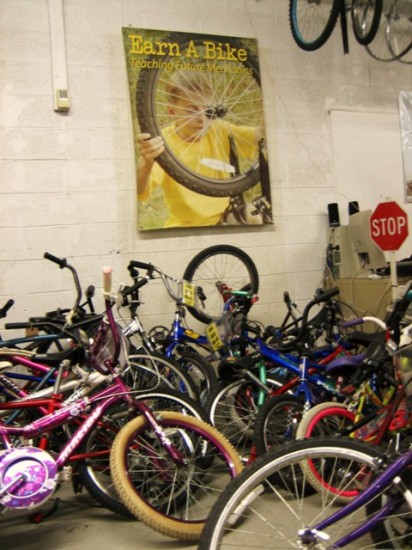 One of the coolest programs they’ve got is “Earn a Bike” where kids pick out their favorite bike and take a class in bicycle maintenance.  They learn to work on their bike twice/week for a couple months.  At the end of the course, they get to keep the bike they worked on.  Sweet! 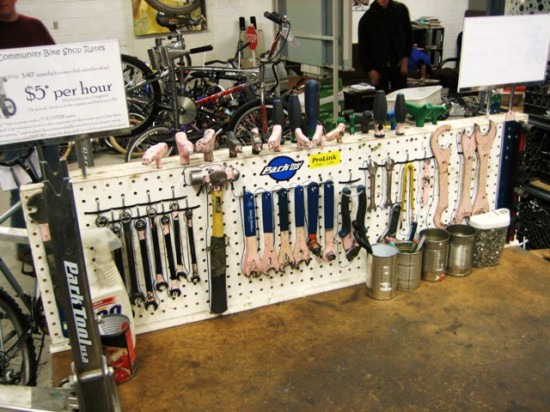 There are at least 10 work stands around the shop.  You can either volunteer and refurbish bikes for The Collective or pay $5/hour and work on your own bike.  They’ve got all the tools you need, color coordinated and organized for each stand. 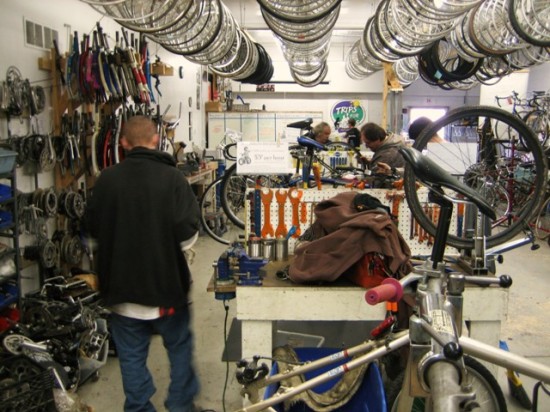 There are surprisingly well organized bins and racks of every part you could need–except 4mm cable ends.  I had to get a little creative adapting the larger 5mm ends to fit in the braze-ons.  That’s the best part. . .nothing matches exactly what you need, so much of the day is spent cannibalizing parts to make a working creation.

There were a variety of volunteers working while I was there: from Scouts working on their Eagle badges to folks working off community service time.  I had to leave my stand at 4pm when a group of kids from the Boys & Girls Club arrived after school to work on their “Earn a Bike.”

Spending the day at The Collective was about as close as I could get to getting back to wrench at New Moon.  I definitely missed not having the usual crew stop into the shop and BS at the end of the day, but it was great to at least get some grease on my hands again.  Back to SoHo tomorrow!