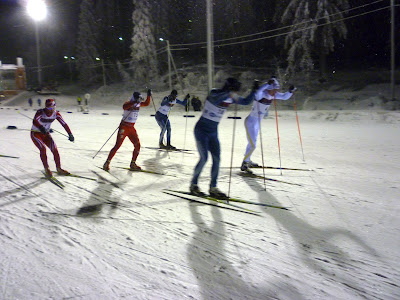 It’s been a long day for both the athletes and coaches over here in Kuopio. We learned this morning at the coaches meeting that the last time Kuopio accumulated any significant amount of snow was sometime in November, but of course it decided to start snowing on us just to mix things up a little bit. Fortunately the wax didn’t change for us significantly and we were pretty confident with our selection going into the prelims. With temperatures staying around -17C and a relatively strong headwind into the long uphill finish, complete with drifts of new snow to catch and slow down skis, it was not a day for fair-weather skiers. 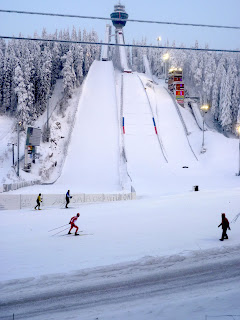 The Americans went into the race a little intimidated by what they saw- Big, Fast Swedes and Norwegians (and Estonians for that matter!) Mike Vigers told us after the race that before his prelim he thought he was going to be late to his start because as he was warming up on the far side of the stadium he saw a line of Huge kids getting ready to start, but as he got closer he realized that it was the start of the girls race. The girls’ race got swept away by a fast Swede, 4 seconds up on the rest of the pack, but the boys’ race was close despite the intimidating scandos- Bridger and Logan ended up in 15th and 17th and were both less than 7 seconds off the pace!
Bridger was the only American to make it past the quarterfinals today, but he did it with style- skiing straight through a pack of guys twice his size to get second in his heat. After he told us that he was able to slip right behind a Swede going out of the stadium and then they just pushed the pace from there. As they came back into the stadium a Norwegian attacked even harder and he decided to give it all he had, which paid off! He then skied a solid Semi-final but wasn’t quite able to hold on so he cruised in to save some gas for the B-Final. In the start pen he told Tim that he was going to really go for it and try to lead the pack all the way around the course. The gun went off and he did just that, leading the hoard up the section of climb and around which was really exciting and inspiring for us all to watch. He ran low on energy by the end and a very strong finish by a Norwegian put him in 12th place overall. Bridger showed the team today that there is NO reason they can’t ski through the scandos, and I think everyone is excited to kick some butt tomorrow. 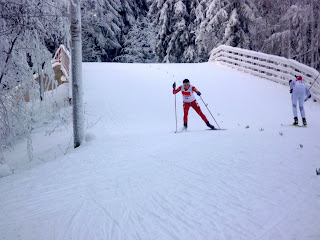 Beyond the races, the crew is still having a blast over here. Although we are all really focused on the races at this point and aren’t really sightseeing anymore, the kids are now best friends (or at least Facebook friends) with the Finnish athletes staying down the hall from us. They have formed an alliance against the Swedes (who rather condescendingly asked us what we were doing at these races earlier) and both teams are cheering loudly for each other on the course. 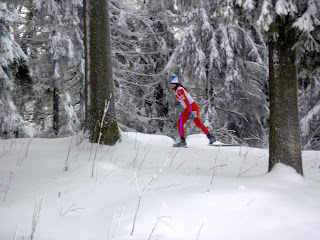 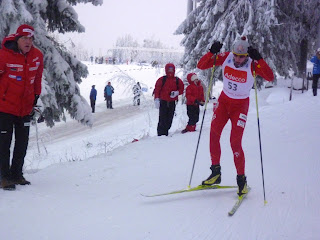 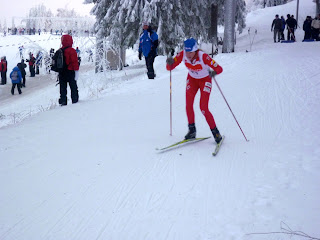 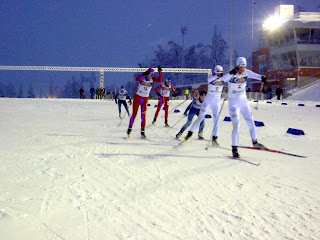 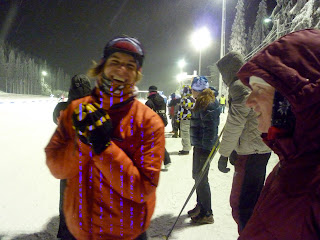