Whistler, British Columbia – A combination of relatively extreme weather and the ability to switch skis mid-race led to an interesting wax day in the women’s 30km classic.

Wax techs were kept busy during the races testing skis, while racers were faced with tactical decisions of whether or not to take the time to switch.

Skiers were allowed to switch up to three times during the race, and could do so only in the “pit” area in the stadium.  Members of service teams could access the pit to remove and return skis.

During the race athletes communicated with coaches and wax staff on the course letting them know what was going on with their skis.  Support staff passed information the other way, informing the racers that skis were ready in the pit, and what they could expect.

It rained heavily for the first two-thirds of the race, and the kick of choice seemed to be split between klister, hairies, and zeros.  Racers chose a variety of switching strategies as well.

Kikkan Randall, USA’s top skier, did not switch skis once.  “My skis were working great.  I had good kick – maybe a little slow in spots, but overall I was pretty happy,” Randall said following the race.

“I chose not to change my skis during the race.  It was kind of nice to come through the stadium and see people peel off and know I was getting a few second advantage on them.”

Randall went on klister and opted to stay with good kick over glide.  “They [coaches] kept yelling to me that they had hairies in the box because they were definitely faster, but I had that kick and when my triceps started to go I knew I wanted to have good kick to run up the hills.”

She seemed to be the exception, however, as most skiers did choose to exchange at least once, and in many cases two or three times.

Several switched to a new pair, only to find they were not satisfactory, and quickly switched again.

Evi Sachenbacher Stehle (GER) who finished 4th, switched twice.  “I switched after the second leg [10km], but the skis I changed to was not very good so I changed back after 15km and stayed on those skis.”

Sachenbacher Stehle raced only on klister.  The pair she skied on between 10 and 15km was “slippery and too slow,” but she was very happy with her other skis, and she was clearly gliding well over the last 5 kilometers when she overtook Kristin Stoermer Steira of Norway.

Therese Johaug (NOR) had a similar experience, skiing on klister, and switching to skis that were not good – poor kick.  She also went back to her original pair after 5km – though they were surely touched up for both glide and kick by the wax techs.

“There are really many tactics there.  You are a little bit afraid wondering ‘oh should I switch to new skis or not,’” she told FasterSkier.

Johaug touches on one of the key elements of the new rules – to switch or not to switch.  Athletes have to weigh their current skis and the time needed to switch against the benefit of new skis, as well as consider what their opponents may be doing.

Johaug’s teammate Kristin Stoermer Steira took advantage of opponents switching to attack twice.  The first time at 20km when Justyna Kowalczyk (POL), Marit Bjoergen (NOR) and Aino-Kaisa Saarinen (FIN), the eventual podium, all switched, and the second at 25km when Saarinen switched yet again.

Each time Steira got a gap, and each time she was caught.  She later admitted that her skis were slow on the last lap and she probably should have gone with new skis.   Saarinen did not have great kick on the last lap, but was gliding much better, and easily skied away from the Norwegian on the gradual terrain.  Steira ended up in 8th place despite sitting in 3rd with 5km to go.

Saarinen took the guesswork out of the whole process by devising a plan ahead of time and sticking to it.

“Before the race I had already made the decision to switch three times.  It was very wet conditions so the skis were getting slow after few kilometers….I knew it was a little bit risky [to switch with 5km left]…but that was the right thing to do.”

Saarinen did not consider skipping the final switch despite the fact that she dropped from 4th to 7th and lost contact with Steira.  She noted that a number of the Olympic races have been decided on the last downhill into the stadium, and having fast skis was critical.

Saarinen lost extra time in the last change when her frozen fingers gave her trouble.  She fumbled with her bindings, and left the pit once only to leave a ski behind – she had to backup and reattach it before starting the chase.

Despite the issues, she clearly made the right decision as she caught Steira and won the bronze.

Bjoergen, the silver-medalist, only changed once, at 15km.  “I had very good skis at the beginning, but they were getting slower and slower.  After 15 kilometers I knew I had to change before the end so when Kowalczyk went inside [the pit], I decided to change too.”

Like Johaug, Sachenbacher Stehle, and Saarinen, Bjoergen raced on klister.

Holly Brooks (USA) made the switch from klister to hairies.  “They were a lot faster.  I felt like I had pretty good skis the first bit.  The klister was pretty good.  I stayed on it for maybe 10k and there were some girls that switched at either 5k or 10k and all of a sudden they were smoking me on the downhills so I figured it was time to switch.”

She was glad that she made the decision even though her new skis were a little slick.

Brooks experienced several different elements of ski switching.  She responded to her opponents – who switched and were faster, and she made the call to first go with new skis, and then stick with what she had, in part so as not to lose contact with those around her.

“If you are skiing with a pack and they don’t stop, all of a sudden you are skiing by yourself again…There was the potential to switch back to klister, but you never know what you are going to get so I just wanted to go with it.”

Many skiers in the mixed zone were seen carrying zeros, so they were another option clearly used.

Ultimately ski switching is a mixed bag.  It creates excitement as the changes mix up the field and build tension.  The ability to get new skis also lessens the chance of someone’s race being ruined by poor wax, since a racer is never more than five kilometers from s fresh pair.

But on the flip side, wax can become an even bigger factor, and teams with large service staffs have a distinct advantage.  The more people available, the more testing that can be done mid-race, and the more options available.  Skiers also need not just one fast pair of skis selected for the race, but two or three.

The men will be in a similar position in the final event of the Olympics – the 50km classic.

Kowalczyk Gets Her Gold, Bjoergen Ends Record Olympics With Silver 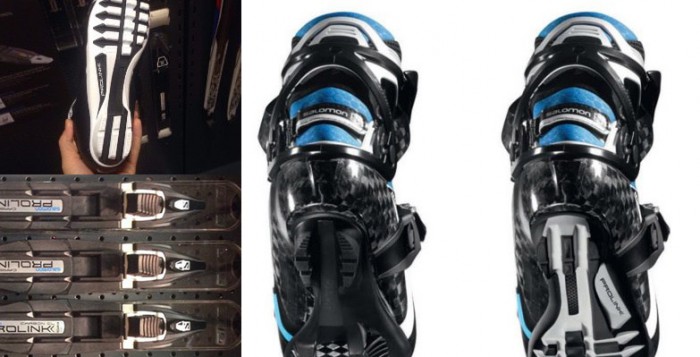 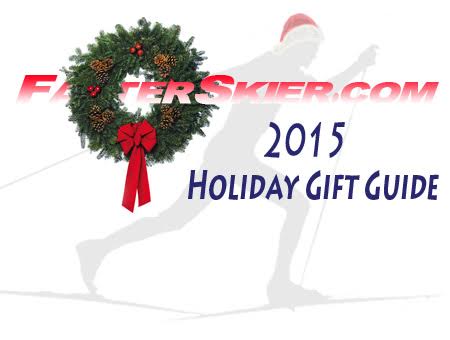