That’s right.  I’ve been up to the Nordic venue every day since I’ve been here.  On my day off today, it was time to get out and see another event–the Men’s Super G didn’t disappoint! 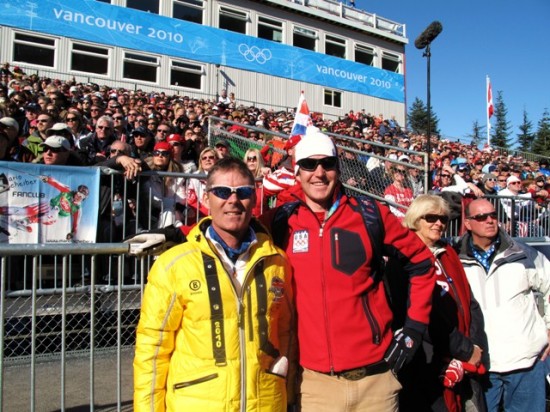 Klaus Marquardt, one of the German Biathlon coaches, was on the athlete bus to the race as well.  We used our athlete credentials to get some of the best seats in the house. 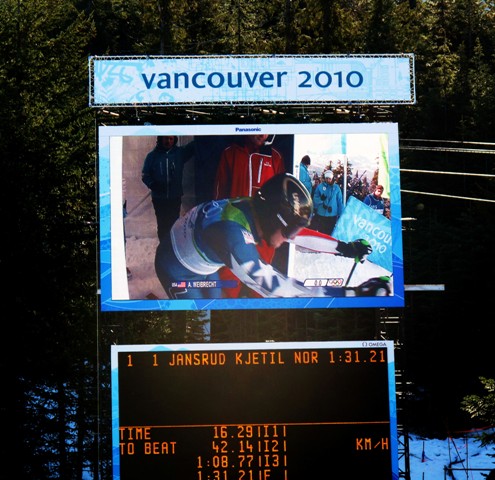 Andrew Weibrecht, from Lake Placid, New York, laid down an impressive early run while the hill was still icy fast.  It was exciting to watch all the other top skiers come up short against Weibrecht’s fast time. 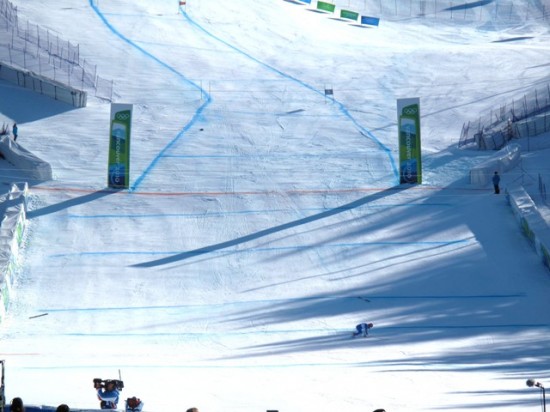 Of course, watching alpine racing, we got to see some impressive crashes.  This yard sale happened right before the finish–notice the final gate that got taken out and the two skis that were lost. 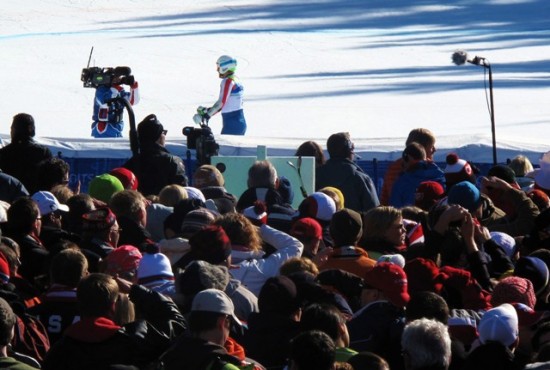 Ted Ligety does a brief interview after his race.  Watching Bode squeak in ahead of Weibrecht to take the lead was awesome.  I thought the US was going to go 1-2, but Axel Lund Svindal snuck ahead of them to take the Gold for Norway.  At any rate, it was an exciting day to check out the Super G. 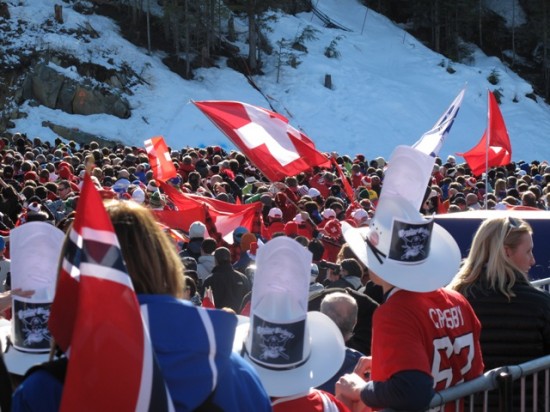 Swiss flags and Sid Crosby jerseys–probably the two most prominent items in the crowds at the Games.  I watched one of the most exciting hockey games of these Olympics with the Swiss team in the dining hall last night.  My parents were at the game and got to watch it live.  Crosby won the game with his shoot-out goal. 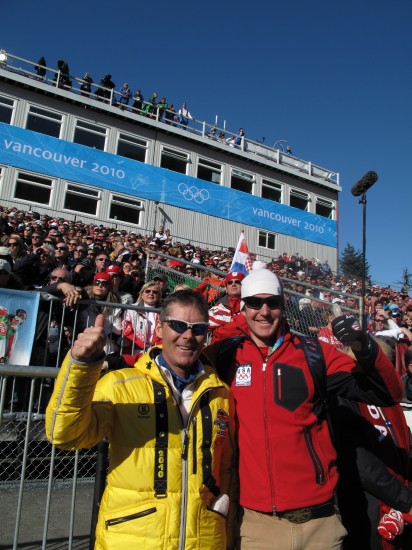 What an exciting week.  Thumbs up all the way around!