Start the rumor mill.  Matt Liebsch and I were spotted at the MN Biathlon race in Elk River this morning.  What started as a dare during a ski last Thursday ended with a battle on the trail in Elk River.  Basically, Matt & I needed to get out for an interval set this weekend and we decided that shooting guns during our rest sounded like a lot more fun than shooting the breeze. 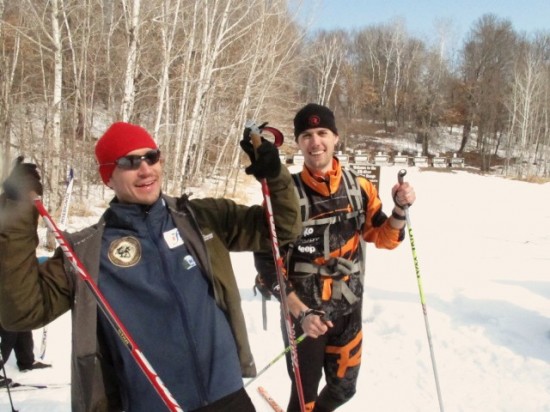 We recruited Evan Pengelly to be our chauffeur to the battle as neither of our vehicles are working right at the moment.  Mr. Minnesota Biathlon, Piotr Bednarski, had rifles for us to use and we even got to compete in the advanced race.  We both shot on the larger standing targets for prone and standing shooting.  2010 Minnesota State Ski Champion, Raleigh Goessling, skied strong and stuck right with Matt and I going into the first shooting.  Matt shot clean, while Raleigh and I each missed one and had a bit of a deficit to make up.  The same thing happened on the second shooting and Matt’s gap increased. 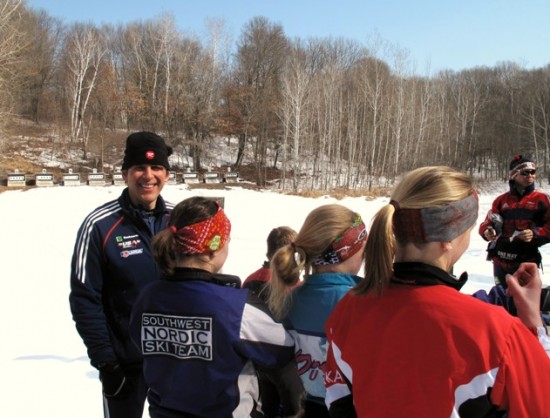 For the third and fourth stages, Raleigh shot clean and took the lead from Matt, while Matt missed all 10 standing (ouch!) and I shot two of my ten targets.  This brought Matt and me back together after getting dizzy skiing around the penalty loop.  In the end, Matt and I worked together to make up some solid ground on Raleigh, but not enough to get him before the line.  In the end, Raleigh held off Matt and I to take the win by a couple seconds, while I held off Matt to take second.  It was a solid battle with several different styles at play, but in the end, the true biathlete took the win. 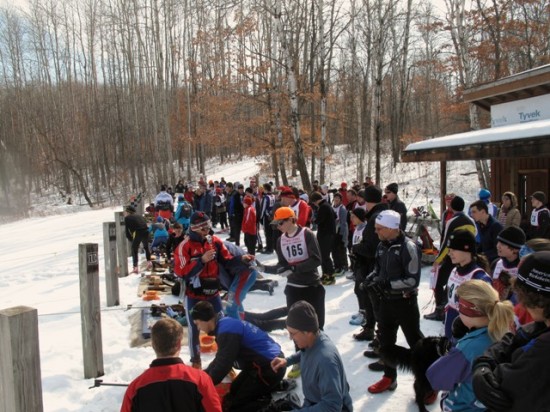 There was an impressive turnout for the Novice race–110 competitors!  So many skiers showed up that they had to cap the field at 110 because there weren’t enough rifles for everyone.  Despite forecasts for rain, the sun came out and made for a beautiful day to be outside.  While I don’t think I have any future in biathlon, it was a fun way to get in a hard workout and work on my marksmanship.  Several Lakeville High School skiers, along with many other teams (including Hopkins!) came out to give it a shot as well.  Fun morning all the way around. 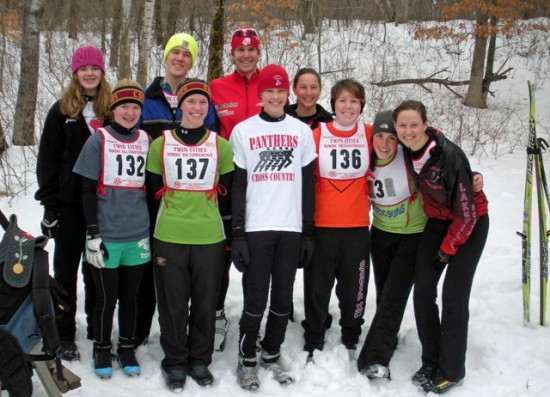 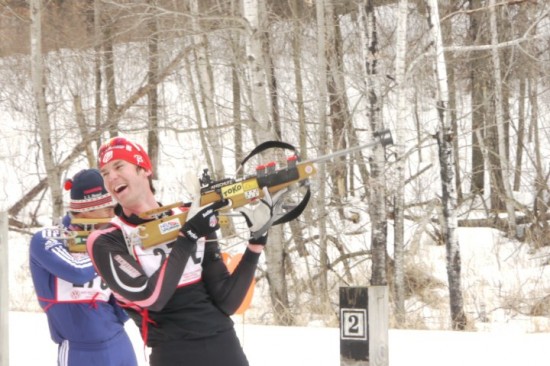 Maybe I should take it a little more seriously next time?  Nah. . .