Security at the Olympics is a top priority and in Vancouver, you didn’t have to look far to see signs of the tight security.  We were under a watchful eye for the entire duration of the Games.  Compared to Salt Lake in 2002, where everyone had to take a drink out of every water bottle and take a photo with every camera upon entering a venue, it was a little more relaxed, but not by much. 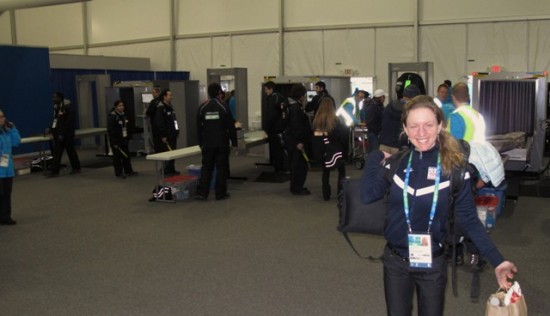 Caitlin gets ready to go through security for the first of many times during the Games.  According to our bus driver, each bus was equipped with a GPS.  If the bus deviated more than 10m from it’s scheduled route or stopped for an extended period of time, police were notified to investigate.  Upon entering every venue, buses were checked by security using mirrors to identify any potential hazards. 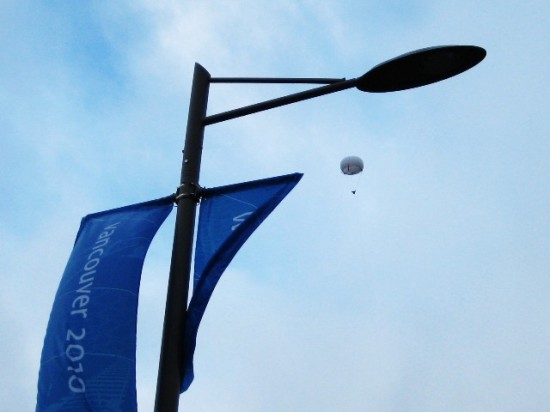 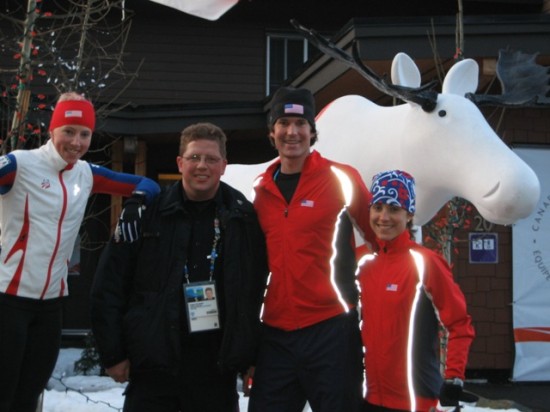 Are there even cameras in that moose’s eyes?  It wouldn’t surprise me! 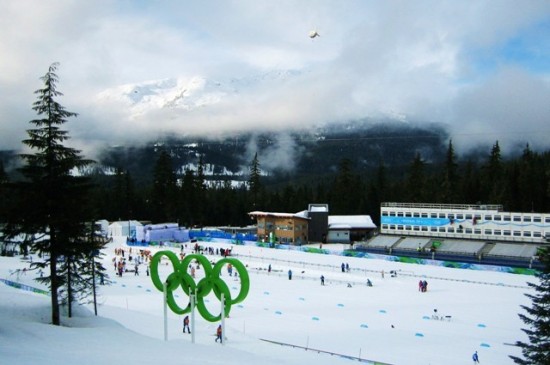 There was even an eye in the sky at the Nordic venue in Whistler.  Simi and I came across one on the ground during an evening run.  These things are enormous when you see them up close!  After the Olympics, these blimps will be sent to Hollywood for use in the next James Bond movie. . . 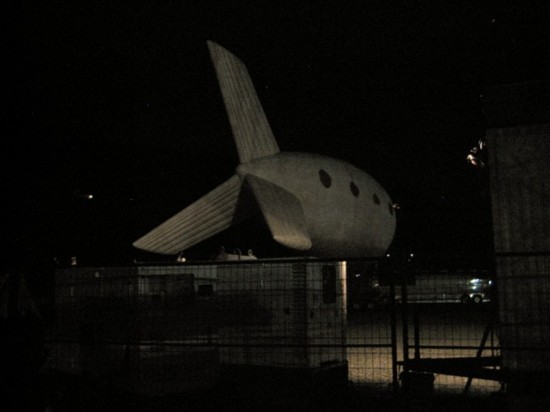 In case the athletes ever needed any extra amenities, there was always a helicopter available to drop them off.  Here, the chopper picks up athletes right from the village to go Heli-skiing on a powder day in the Whistler back country. 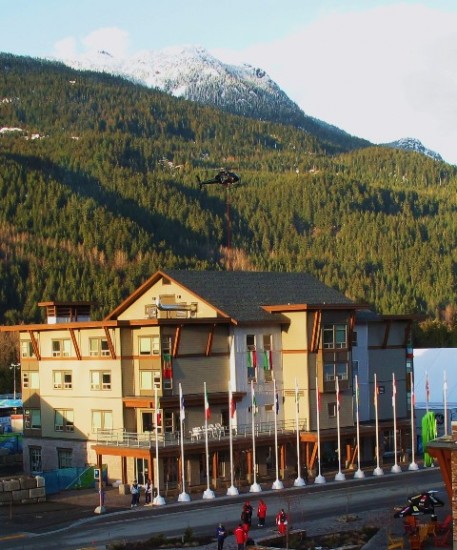 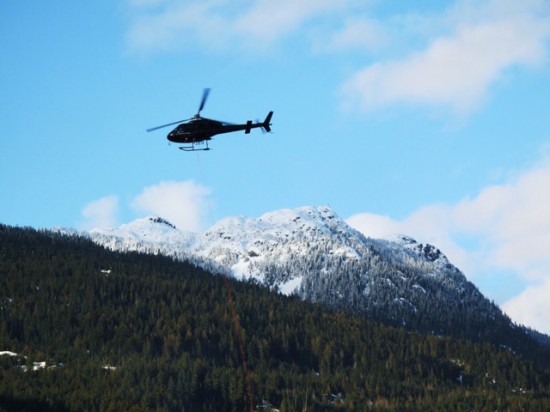 Perhaps the toughest crew at the Olympics were these guys in the Canadian Army who lived in the woods and kept us protected during the Games. 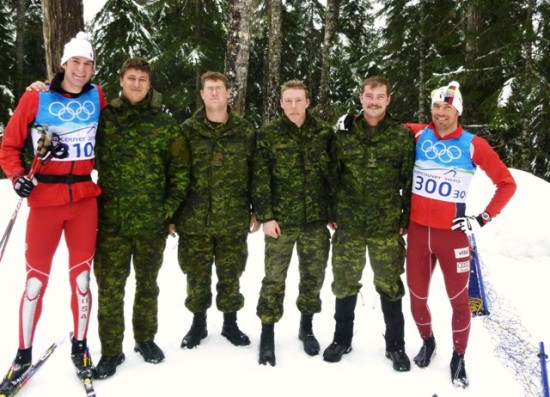 While skiing on the tourist trails one afternoon, Simi and I came across a troop of 5 soldiers with AK-47’s walking down the trail.  Sim had the audacity to tell them that their green camo didn’t blend in very well with the snow.  I just showed them my credential and told them it was okay for us to be out there!

In the above shot, Torin and I pose with the troop.  “Will you be able to watch tomorrows Gold Medal final hockey game?” I ask.  “We’re not supposed to, but we’ll round up a satellite so we can listen to the game.”  These guys haven’t spent a night indoors since weeks before the Games started. 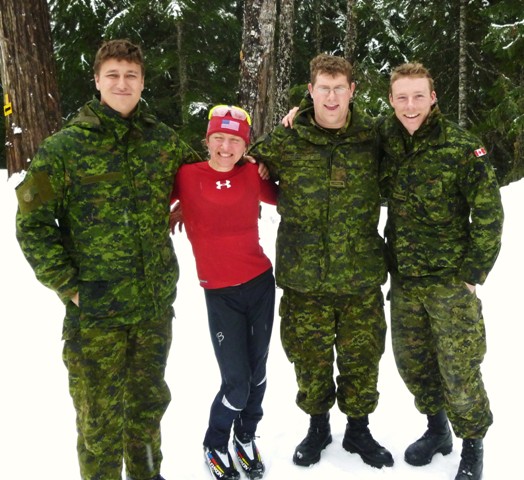 Of course, Compton makes their day by posing for a photo! 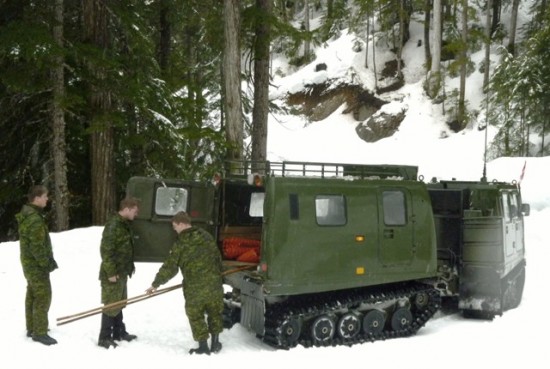 Afterwards, it’s time to pack up camp and head off into the wilderness.  “Sweet ride!” Kuzzy says.  “Yeah, but it doesn’t go very fast,” is the response.  “What, are you guys in a hurry to get somewhere?!”