Today was day one of the SuperTour Finals in northern Aroostook County, Maine.  The race was held in the Town of Matawaska, more affectionately known as Madagascar, for it’s similar name and remote distance from anywhere.  Today’s 10km classic was the first of three consecutive days of racing.  This post will be brief as I’ve got to get ready for tomorrow’s classic sprint and Sunday’s 10km uphill skate race.

The SuperTour Finals are being run with a Tour de France style format where time bonuses, points, and cash are awarded intermittently during the various stages.  It’s an exciting way to mix up the usual race format.  The highlight of the afternoon for me was taking the 1km Sprint Bonus of 15 seconds and $250–not a bad wage for less than 3 minutes of work.  Like the real Tour de France, there were a few good pile-ups on the descents, as you can imagine, with a field of over 100 skiers competing in a mass start 10km.  I wasn’t able to hold on as well as I’d hoped after that and I’m sitting a ways out of the lead. 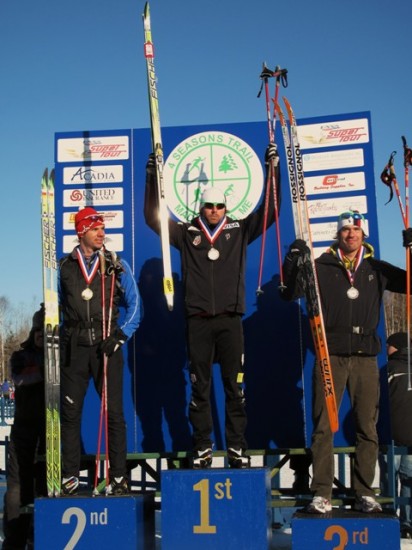 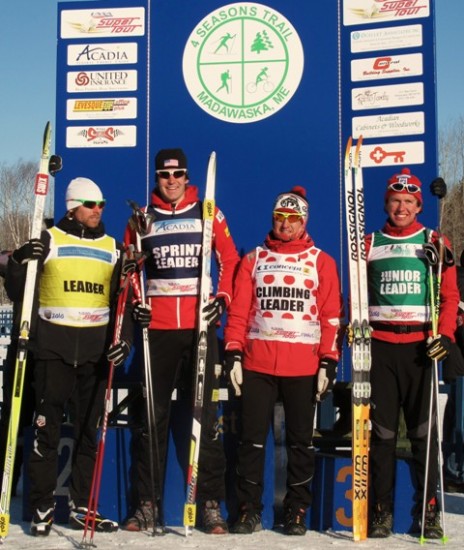 The women’s race was just as exciting as the men’s.  Here, Holly Brooks just out-lunges CXC’s Rebecca Dussault for one of the time bonuses.  These two have a history of close finishes, going back to the 2009 Birkebeiner when Dussault took the win with a similar lunge. 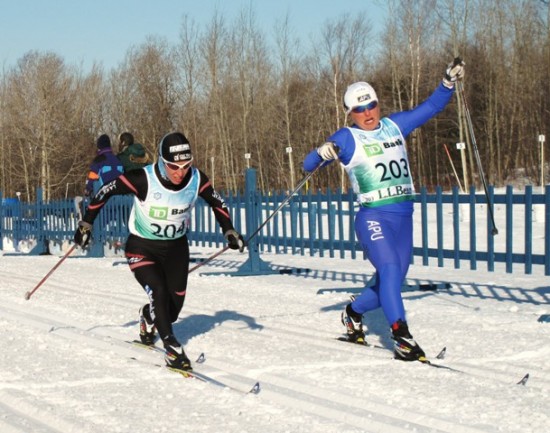 It’s been a long day.  In the process of refueling and getting ready for tomorrow’s Classic Sprint. . . 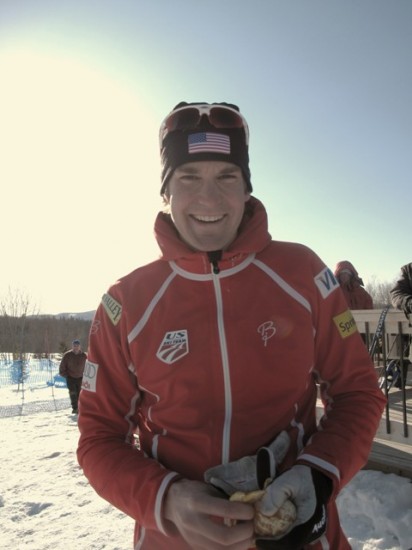