Last Wednesday, the 2010 U.S. Winter Olympic team had the opportunity to meet President Barack Obama at the White House.  Although the trip was short and sweet, it was the one of the highlights of my Olympic experience. 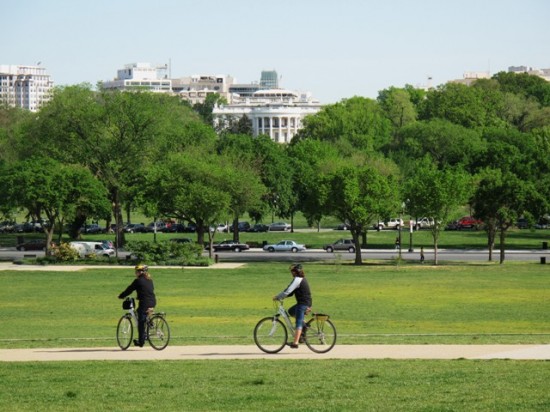 All 250+ Winter Olympians and Paralympians were invited to the visit which has been a tradition for decades.  For my roommate on the trip, bobsled coach Brian Shimmer, President Obama was the 5th President he’s gotten to meet as an athlete and a coach (starting with Regan in 1984).  Not wanting to make him feel old, I pointed out that I was only two when he met his first president!  Needless to say, there were a variety of expectations from everyone in the group. 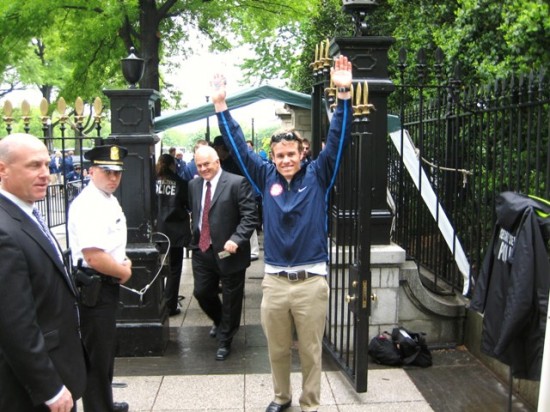 Simi Hamilton makes it past security

Unfortunately, we awoke to rain the morning of our visit.  Bummer.  The initial plan for a big team photo with the President and kids from the community was not going to happen.  Not knowing what to expect, we were bused like cattle to the White House and only had to show our ID about 6 times.  We arrived to an afternoon reception in the White House foyer with drinks and snacks.  As “Guests of the President” we were given access to much of the White House usually off limits to tourists.  The line was drawn, however, when I tried to get to the White House bowling alley way down in the third basement.

In the end, because the front lawn of the White House was wet and rainy, it was decided that each sport would get to meet the President individually.  Like the President, athletes were briefed on procedure.  Our group, the Olympic and Paralympic cross country team, was lined up on the stairs in the main foyer where we waited for the President to make his way to all the teams. 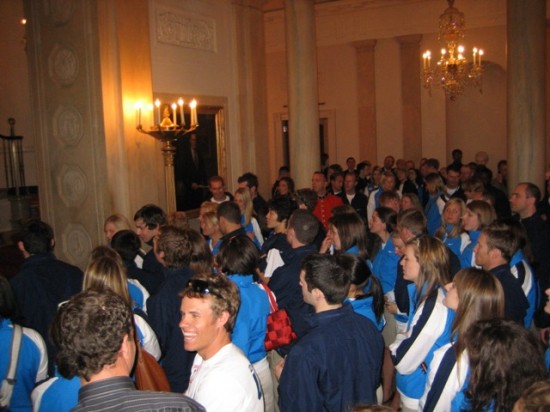 Finally, we got the word: “Positions eveyone, he’s coming!”  The excitement was palpable when suddenly Vice President Joe Biden entered the room.  It was like seeing one of Santa’s elves when you’re expecting to see Santa.  Biden’s quick wit immediately made everyone laugh, saying if he’d been blessed with hair like Torin Koos’, he might actually have been elected President. 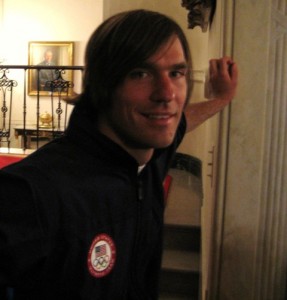 Koos showing off his hair "fit for a President" 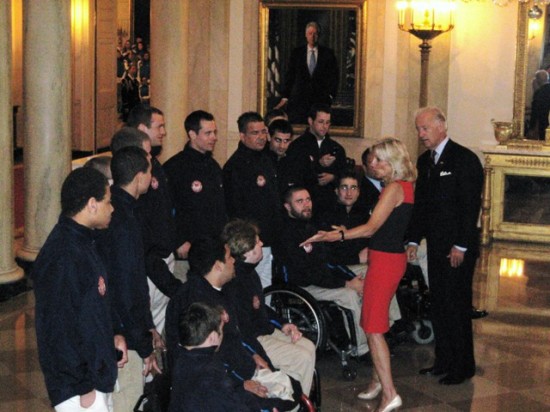 We were still laughing at Biden’s humor when the President and First Lady entered the room.  In person, Obama looked identical to the way he does on TV.  He gave our small group a brief speech about representing our country.  I was especially impressed when he thanked the women on our team for being such strong role models for his two daughters and women across the country.  Pretty cool.  Michelle also talked briefly about her Let’s Move campaign.  Of course, there were handshakes and hugs with the President and First Lady all the way around.

The day ended with a reception at the Supreme Court, complete with Senators, Congressmen, and athletes.  As Vermont congressman Peter Welch’s right-hand-man, my former Middlebury teammate Andrew Savage was on hand as well. 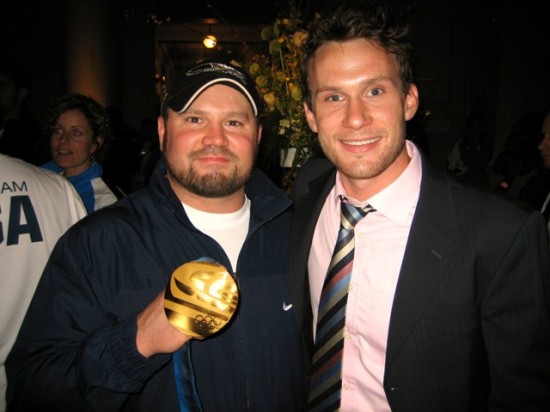 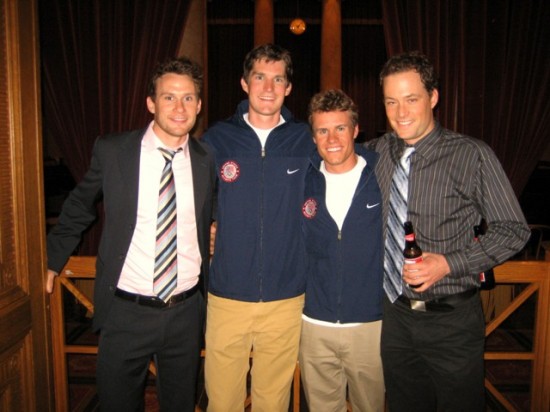 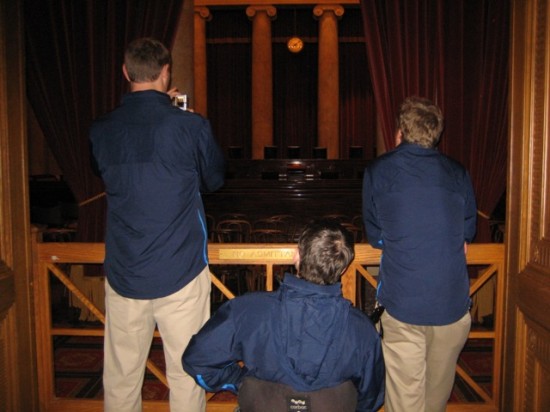 Checking out the Supreme Court 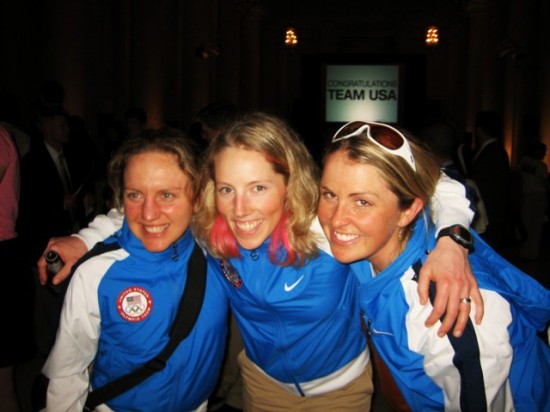 Needless to say, the 2010 White House visit was a monumental experience.  Will Obama be the first of five Presidents I meet?  Only time will tell! 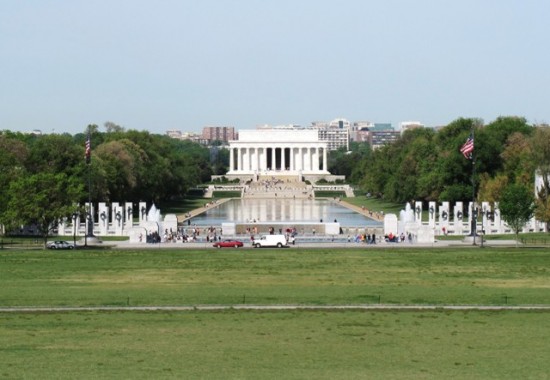