That’s right.  After a three week vacation that took me on a tour of places most cross country skiers don’t get to check out during the race season, including Washington DC, Charlottesville, Virginia, and New Orleans, Louisiana, (which I will write more about later), it was time to start training again.  This time we were off to Minocqua, Wisconsin.

The camp included VOmax testing at Jim Mullen’s Premier Physical Medicine, a mountain bike race on Wayne Fish’s famous Camp Tesomas trails, some rollerskiing, running, and great accommodations at the Hugus’ cabin.  The highlight for me was the RASTA Rally mountain bike race, a fundraiser for the Rhinelander Area Ski Trail Association.  Gus took photos, while the rest of the team raced. 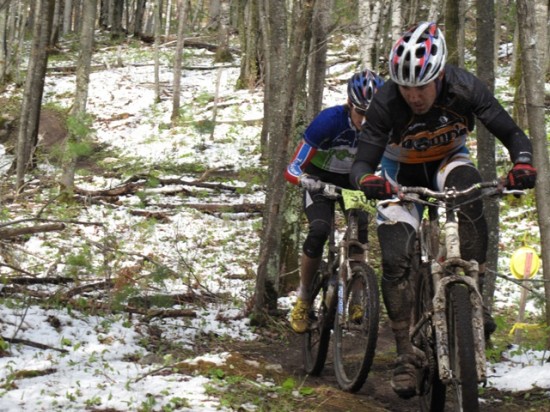 battle of the brothers: chris leads bryan cook, but bryan takes it in the end 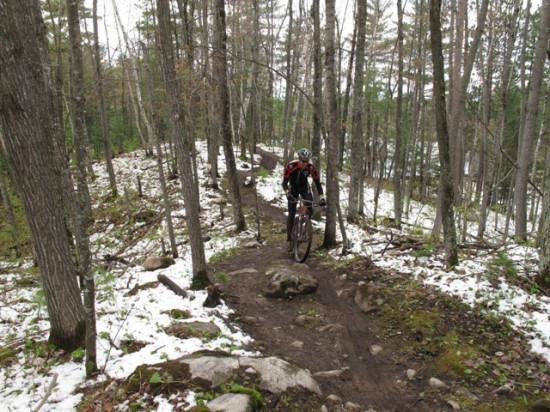 I sold my mountain bike a couple of weeks ago, only to find out that the new bike I want to get is on back order until June.  Thanks to my favorite shop, New Moon Bike and Ski, for sponsoring me this weekend and letting me ride one of their rental bikes in the race.  They’ve got a great selection of sweet new 29″ bikes for sale, as well as a full rental fleet.  If you want to get out for a spin on a new bike, stop by New Moon in Hayward and they’ll help you find the perfect bike. 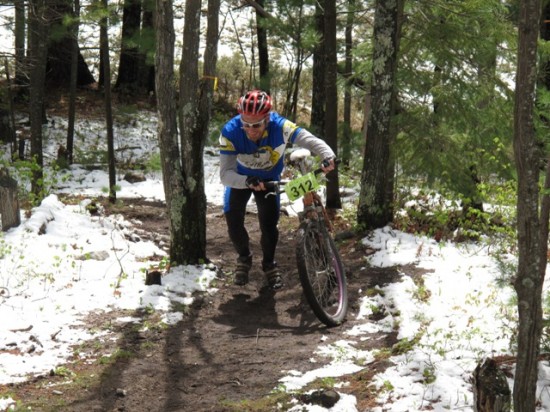 bryan gregg – "i swear i only had to walk my bike when people were watching!"

Of course, Coach Fish made us get out for some roller skiing as well. 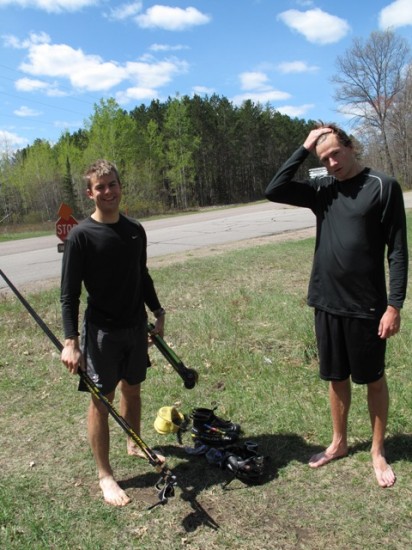 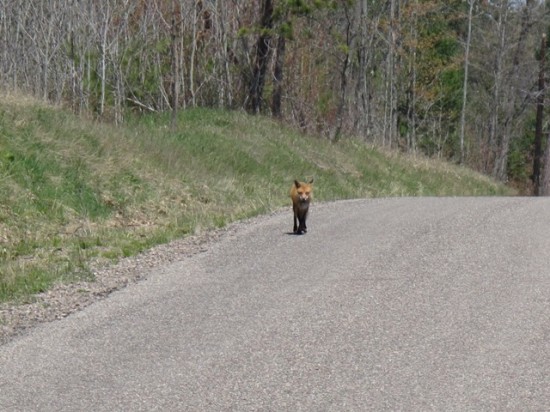 It’s always nice to know we’re not the only ones on the road working out.