As I pore over my biathlon data, I learn new things all the time.  For instance, I really had no idea what a typical biathlete manages for shooting accuracy.  For some reason, I would have guessed something in the 60-70% range.  But I was way off… 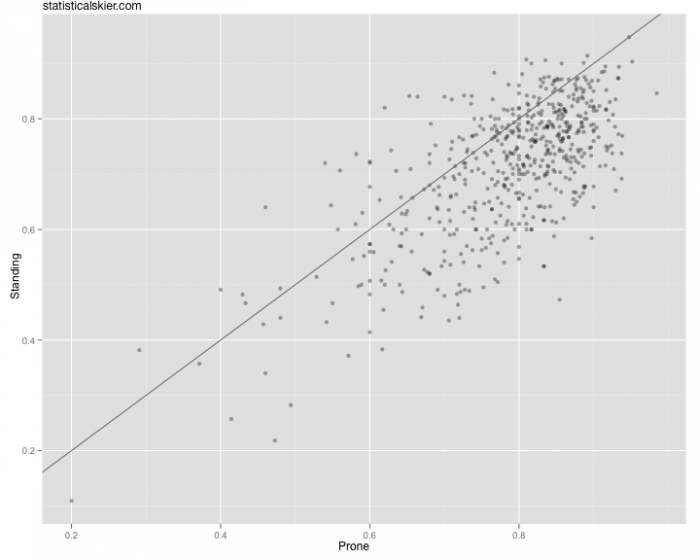 Here’s another version with contour lines: 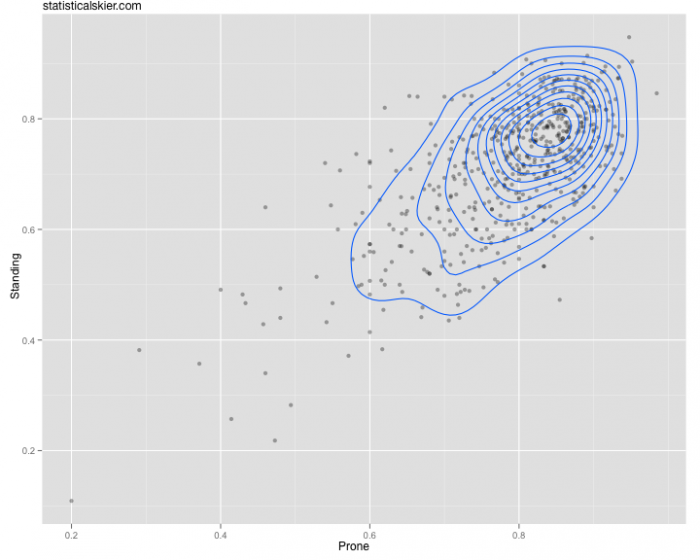 This is based upon the previous three seasons of international biathlon races, both men and women.  Each dot represent the prone and standing accuracy of a single athlete over that time period.  Skiers with fewer than 100 shots were omitted.

Interestingly, you don’t see much difference if you split this up by gender:

I expanded my criteria for this last graph to include results from all season (~1992-present).  I wonder who the people are who have shot better standing than prone?  I’ll have to check that out in more detail at some point…