Another installment looking at how athletes have faired following WJC/U23 racing.

This time we’re looking at Germany, a country that gained some notoriety over the last 10-15 years for a dramatic turnaround in athlete development.  At least, that’s what I remember the conventional wisdom being.

We’ll start with just the basic graph (click through for larger version): 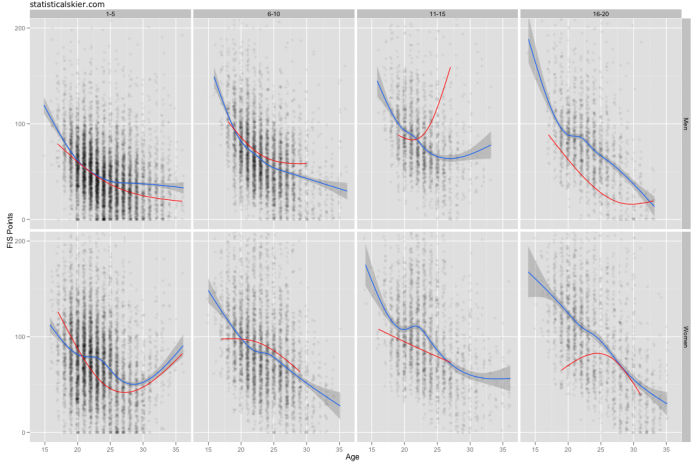 The red lines represent trends averaged across all German skiers in each panel.  As we’ve learned by now, though, these averages can mask a lot of variation between each individual athlete: 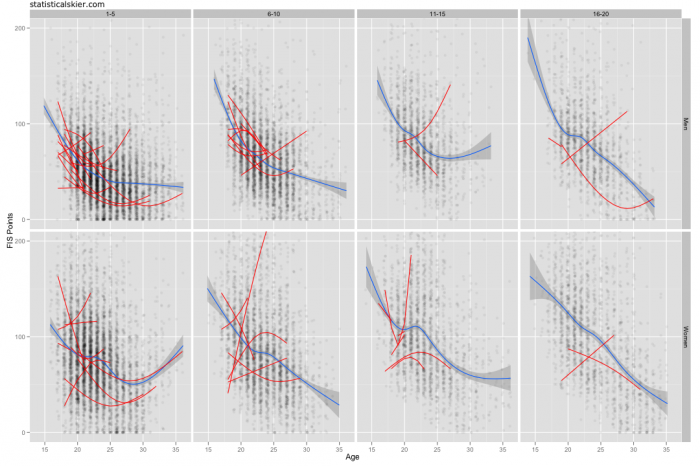 There are many athletes that had success at WJC/U23s and went on to have great success in other international racing, but others did not.  Note that the impressive looking career in the men’s 16-20 panel belongs to Tobias Angerer, who never cracked the top 15 at WJCs or U23s but went on to have considerable international success.  However, it is certainly fair to say that Angerer has peaked later than many other athletes.

There are quite a few different skiers here, so obviously I haven’t attempted to label each red line with a name.  Instead, here’s another table that tells you which German skier is in which panel.  You’ll have to use your noodle to deduce who goes with which line (if it’s even possible to tell in some cases; sorry).