Another helpful commenter reminded me that Norwegian Tore Ruud Hofstad also retired this past July.  My results for Hofstad stretch back to World Junior races in 1998 up to his retirement in 2010.  I think one of the reasons I may have overlooked him is that he didn’t really race much last season.  In fact, I can’t seem to find any individual races for him from the 2009-2010 season.

He won two individual medals at World Championships in 2003 (Silver) and 2005 (Bronze) and was frequently a member of the Norwegian men’s relay team, so he racked up some more medals there, mostly gold.

He also had a handful of World Cup podiums: four, by my count.  He raced almost exclusively distance events, so we won’t bother looking at sprint results: 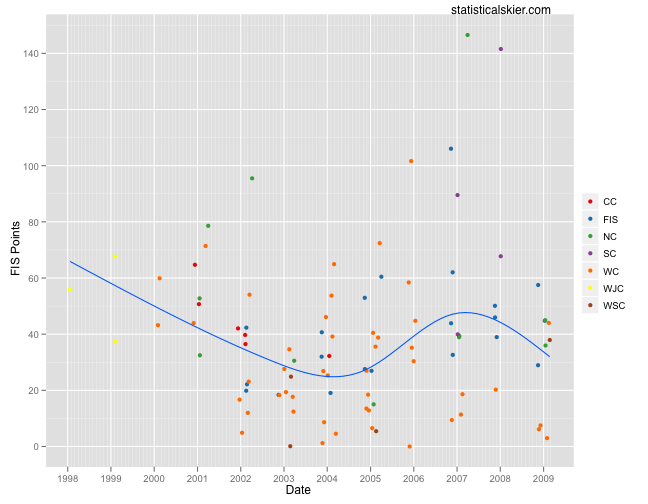 Hofstad was pretty durned quick between 2002 and 2005.  Things got rough in 2005-2006.  He won an early World Cup, but then struggled for the rest of the season.  After that season he got fewer World Cup starts, but managed to put together three good ones in his last full season of racing.

Hofstad was a skate specialist, to be sure: 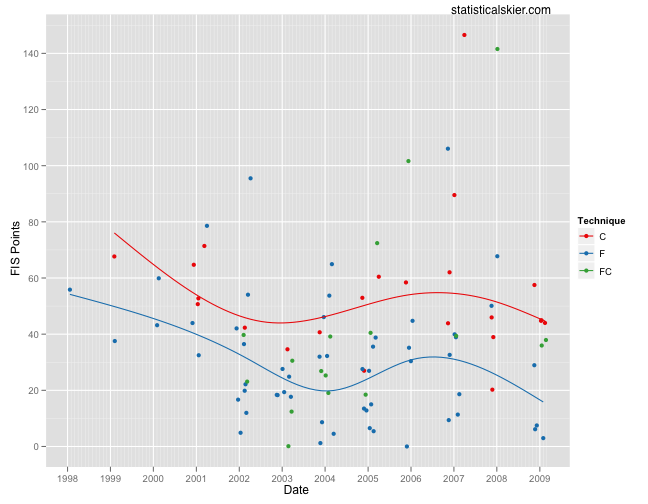 I think that’s one of the most lopsided technique specializations we’ve seen from retiring skiers so far.  This is a great example of why I find the current pursuit format so frustrating.  I’m kind of an old fashioned guy, so I really like classic skiing.  It irks me that skiers who so clearly struggle in classic races can be so much more successful in a race that is supposed to require them to be good at both techniques.  Grrrr.  Switch it up, make them skate first every now and then!

In a matter of seconds...