After ten days of murky, overcast Australian skies, I awoke on Saturday morning to bright sunrays streaming through the window. A vivid bluebird day was the ideal backdrop to the 2010 Kangaroo Hoppet. Three feet of fresh powder fell on Falls Creek during the week and was groomed to perfection under the Southern Cross the night before the race. Over 1000 skiers from around the world toed the line for either the 42km Hoppet, 21km Australian Birkebeiner, or the 7km Joey Hoppet. 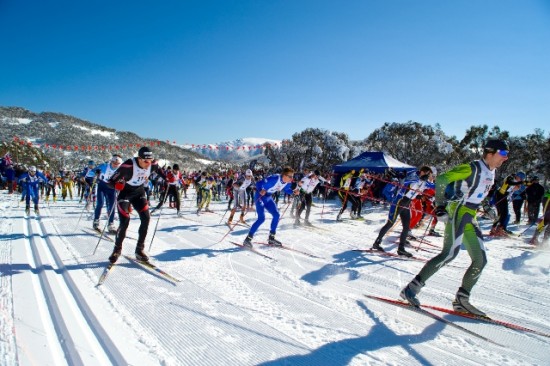 The cannon blasted at 9:30am and we were off without a hitch. The field strung out quickly through what locals appropriately call “Sun Valley.” The front runners took turns at the lead and by the time we came through the first aid station at 7km, there was already a five man breakaway, including four-time Hoppet champ Ben Sim, Continental Cup champ Callum Watson, Australian biathlete Alex Almoukov, Swiss sprint Olympian Valerio Leccardi and yours truly. 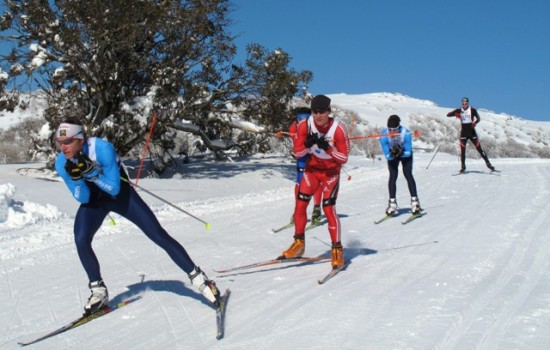 Once we realized we had broken away from the field, the pace settled into a consistent cruise. The local resort television station had a snowmobile documenting the race, making the race feel that much more Pro. The first 10km of the 21km loop are very flat, skirting around the Rocky Valley Dam reservoir. The second half of the loop gets hilly, with a 6km constant V1 climb, dubbed “the Paralyzer.” I took the lead up the Paralyzer and was treated to untracked corduroy snaking up through the snow gum trees. Our little group stuck together over the high point and back down through the lap. 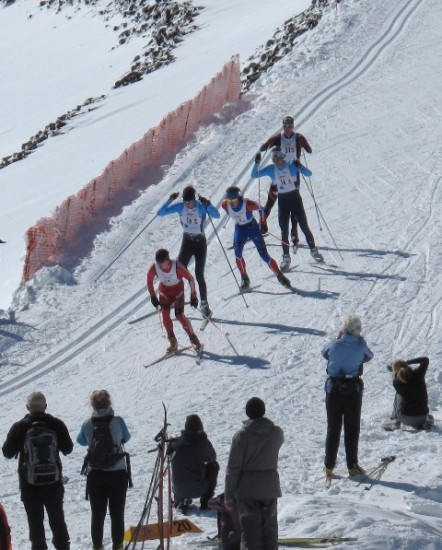 On our second lap, the race got a little more interesting as we lapped hundreds of skiers in the smaller races, darting through tiny gaps and getting cheers from the folks we passed. There was even a pair of snow bunnies who, upon getting passed, called out with their lovely Australian accents, “Hey fellas, mind stopping to give us a quick lesson?” Man, life is full of tough decisions. 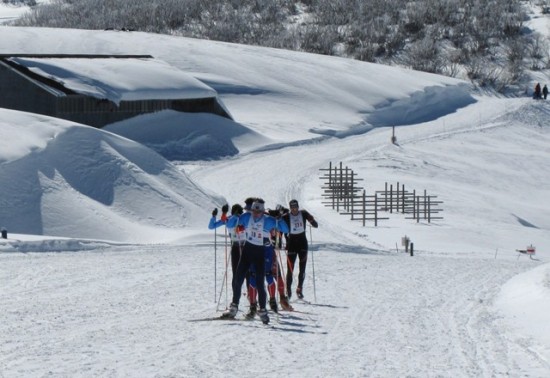 Before I knew it, I was back with the pack and cruising up the Paralyzer for the second time—a little faster than the first. Leccardi laid down the hammer over the top and shattered our little group into pieces. Unfortunately, I was the caboose of the train and almost derailed on the fast descent. It was fun slaloming past the lapped skiers, but the gap between me and the leaders kept getting bigger. In the end Leccardi comfortably took the win, with Almoukov, Sim, Watson, and I rounding out the Top-5 in about 1 hour 40 minutes—over six minutes ahead of the next skier. 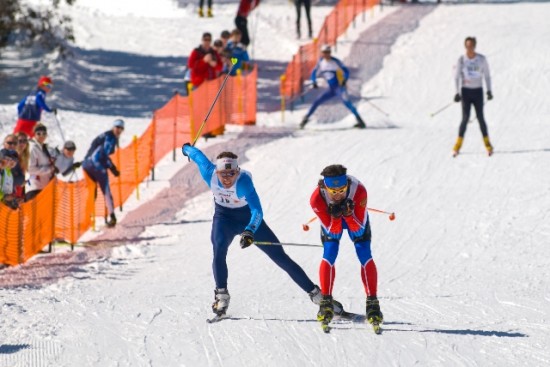 Skiers kept coming across the finish line for the next six hours. Among them was my dad, in Australia for the Hoppet—completing his 11th Worldloppet marathon. We kicked back at the finish line, soaking up the warm Australian sun in t-shirts, enjoying big kangaroo burgers after an exciting day at the races. 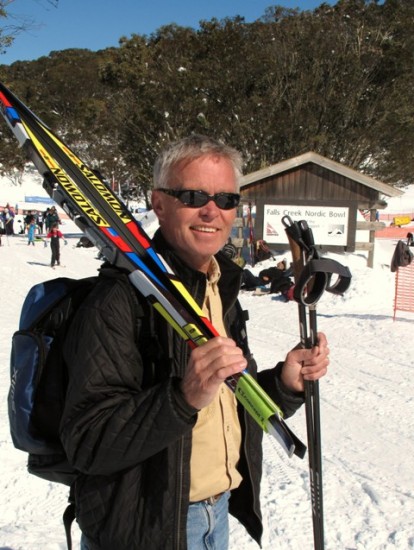 I’ve got another week here Down Under and look forward to enjoying some more sun and ideal winter conditions before heading home.

Recipe of the Week: Granola from Scratch