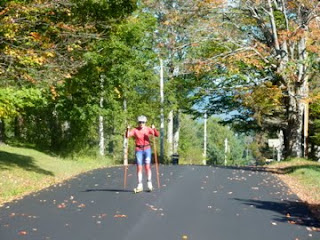 First things first-I’m back! Back not only to my blog and my western home, but also to training 100%. Recovering from an injury is never easy, but after a couple weeks of careful practice, I’ve been able to complete all my normal training for the past weeks, and even had a couple of really solid time trials. The athletic trainers at the OTC have told me I’m “not injured” and should train as usual. I’ve still be icing every once in a while to prevent soreness, but mostly things are back to normal. Just in time… 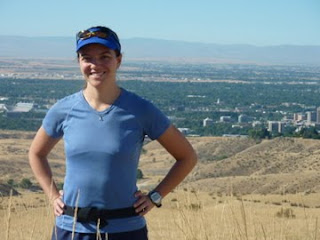 Photo-op in the foothills above Boise.

As we have done this time of year for the past several years, the US Biathlon team is now in Utah for our fall altitude camp. I always love coming west in the fall-the weather is fantastic, training is starting to become more specific as winter approaches, and I get to spend a couple days at home seeing my family and friends. This time my trip home was made extra special because I was being inducted into the Boise High School (my alma mater) Hall of Fame. Boise High has had 4 Olympians, and three of us were at the Homecoming football game to be inducted during halftime. All Boise city high schools play varsity football on the now famous blue turf of Boise State University, so it was a fun experience to be on the field that was showcased the next night on national television. I’d also like to think that the presence of three Olympic athletes helped infuse the field with a little luck that helped BSU to a win over Oregon State! 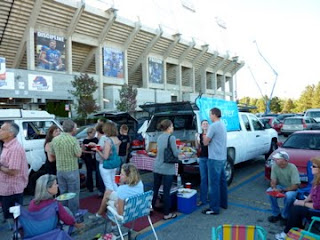 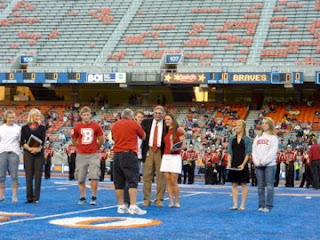 Receiving my plaque for the BHS Hall of Fame out on the blue turf! 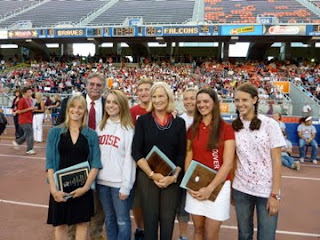 I arrived in Utah last night. I’ll be spending the next week with the men’s A and B teams until the women’s B Team arrives on Saturday. It should be a great camp-the weather is shaping up to be perfect and our coaches are looking forward to lots of ski specific training and focused work before we get on snow next month. It’s hard to believe the season is just around the corner, but feeling fall in the air is getting me excited to ski! It won’t be long now…

Some pictures from the past couple weeks… 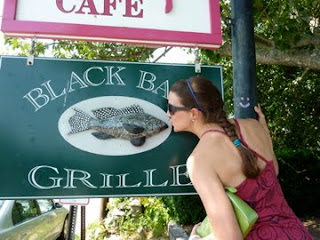 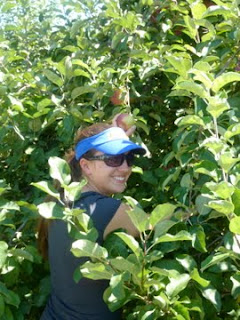 Apple Picking in Maine near my aunt and uncle’s house. 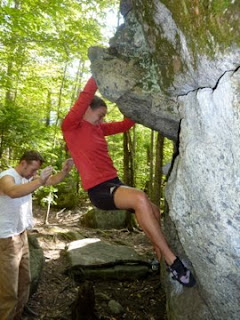 Bouldering near Saranac Lake with a few of my teammates. Coaching extends beyond biathlon-thanks Patrick!