Next up among biathlon retirements is French star Sandrine Bailly.  She has numerous Biathlon World Cup victories to her name and has been an integral part of the French biathlon relay team.

One notable victory links her to another retiring skier, Martina Beck.  These women actually shared the gold medal at the 2003 Biathlon World Championships, which according to wikipedia, was a first for the sport of biathlon.

Let’s take a look at all of her results: 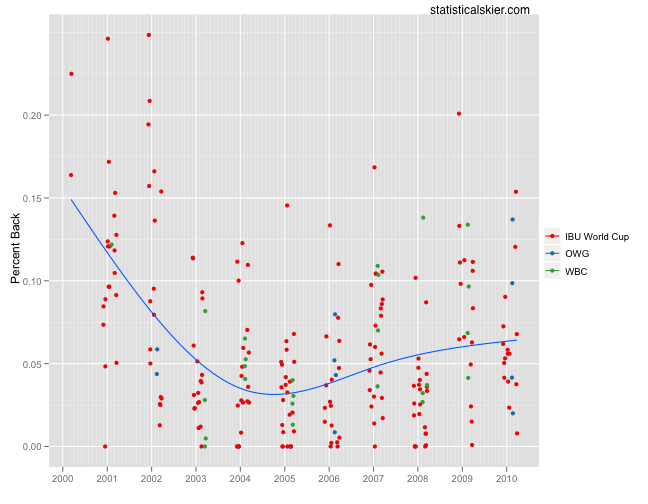 Her best season was clearly 2004-2005, which also was her season with the most World Cup victories (6).  After her infamous shared gold with Martina Beck in 2003, she didn’t manage to have as much success at either the Olympics or World Championships.

Bailly’s early career victory in the 2000-2001 season stands out as both an unusual race for that season and a sign of what was to come.

As I said before, writing about biathlon and biathletes is largely a self-education project.  One of the things that struck me as I pored over Bailly’s results were the following: Bailly twice won WC pursuits while missing four shots (of twenty) while once she was 26th in a WC sprint when missing only one shot (of ten).

You gotta ski fast and shoot well, no doubt.

Here’s a look at her results broken down by race type (distance): 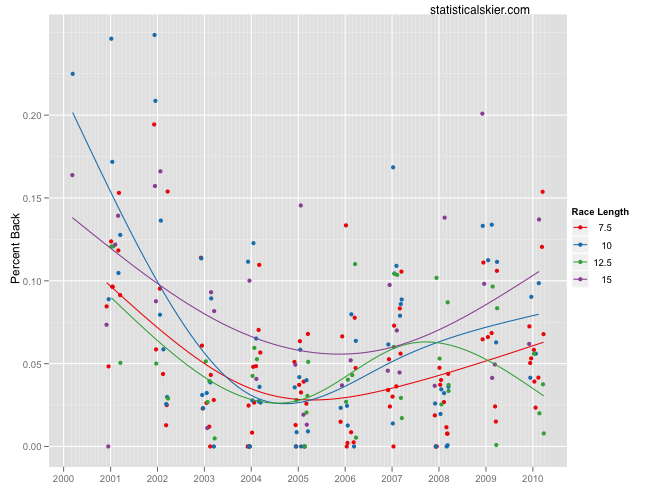 Remember that these races don’t only differ by length.  The number of shooting stages and the start format vary as well.

I’d call this a moderate preference for sprints, or at least the 15km individual event wasn’t exactly Bailly’s favorite.  Of course, the exception is her first WC victory back in 2000. 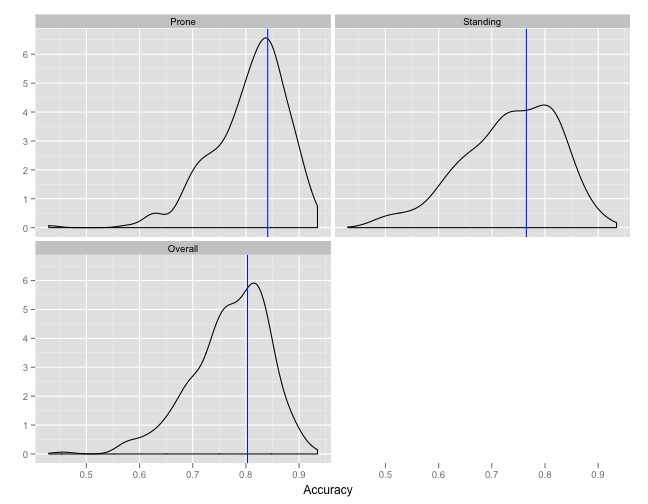 These are the distributions of career shooting accuracies for women with at least 300 shots, with Bailly indicated in blue.

Here’s her shooting broken down by season: 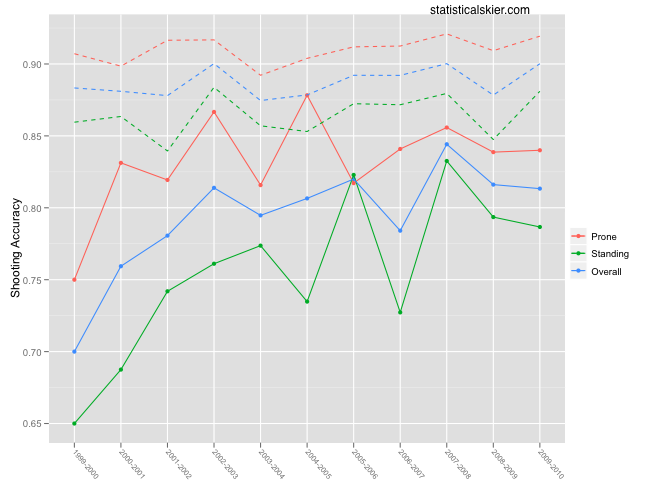 The dashed lines are the shooting performances of top ten female finishers in each season.  As we can see, Bailly was a good shot but not really one of the best on the circuit, but shooting improved pretty steadily throughout the first half of her career.