I’ve mentioned before that one of the reasons I enjoy writing posts about skiing is that I learn stuff about my sport.  Writing up a career retrospective post for German biathlete Simone Hauswald was one of those experiences.

Simone Hauswald has competed internationally since 2000-2001, although she only did a handful of World Cups until the 2002-2003 season.  In that time she’s been a good, but not dominant skier.  She’s had 18 trips to the podium in individual races (and quite a few more on strong German relay teams) over her career in World Cup, OWG or WBC races.

The cool thing that I learned about Hauswald, though, was that she really went out with a bang this season: 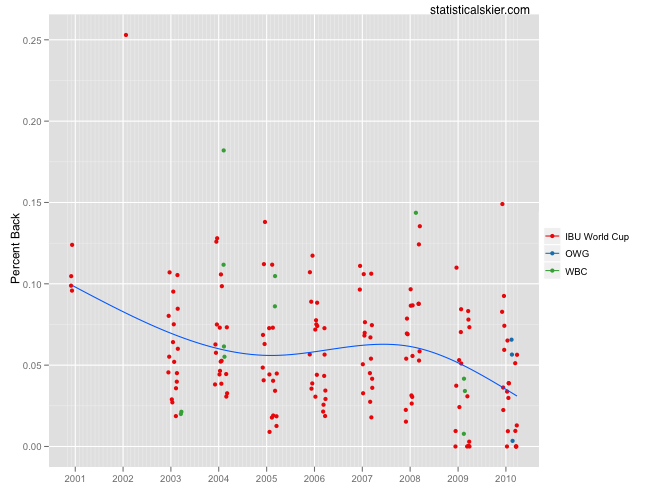 I haven’t seen many cases where a skier retires after their two best seasons ever.  There was plenty of icing on the cake for Hauswald this season, as she grabbed her first Olympic individual medal (Bronze, 12.5km Mass start) and then won all three World Cup races at the season finale in Oslo!  Her last weekend of racing nearly doubled her World Cup victory total (from 4 to 7).

Let’s take a look at her performances broken down by races length: 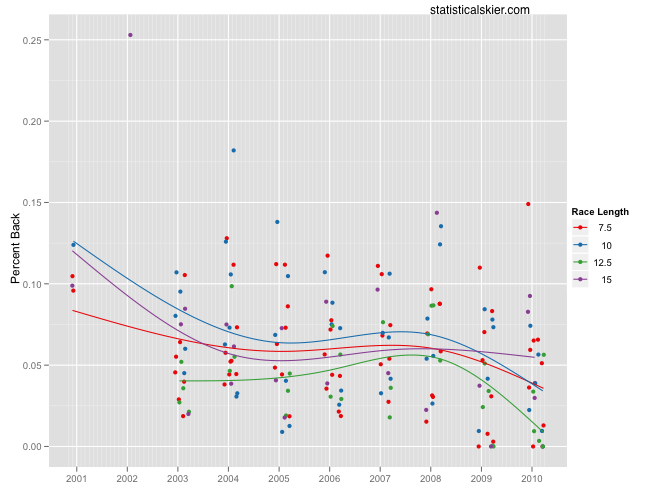 I suppose this would indicate a slight preference for the 12.5km Mass start event, but it was only this last season where the difference was fairly large.

How about her shooting: 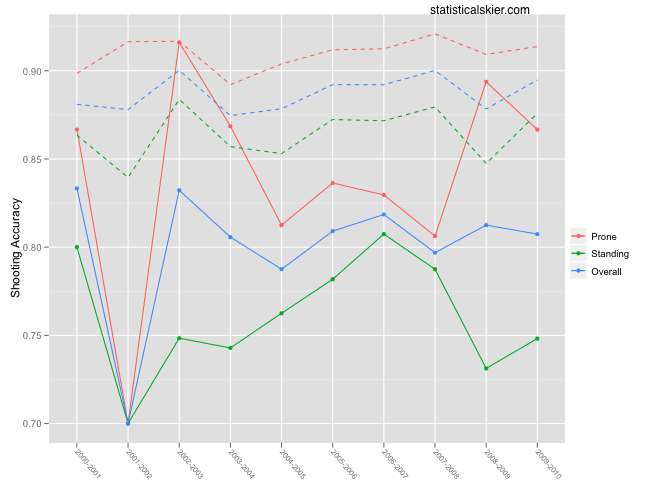 Anyway, what a way to finish your career, with three straight WC victories.  In Oslo, Norway.  Doesn’t get much better than that.

More biathlon-educated readers wil probably know that Hauswald is one of three German women to retire this year (Martina Beck, Kati Wilhelm and Hauswald) that might spell quite a bit of change for the German women’s team.