Can you name a Polish men’s cross country ski racer?  Hmmm.  Poland has certainly been a one woman show of late, thanks to Justyna Kowalczyk.

Which makes the following graph (a continuation of the graphs in this post) not terribly surprising:

So here are some Polish men for you: Janusz Krezelok and Maciej Kreczmer.  Who was that older Polish woman who clearly retired in 1998?  That would be Malgorzata Ruchala.

Poland is another extreme case.  Germany is another team that’s been getting older, despite being a much bigger program: 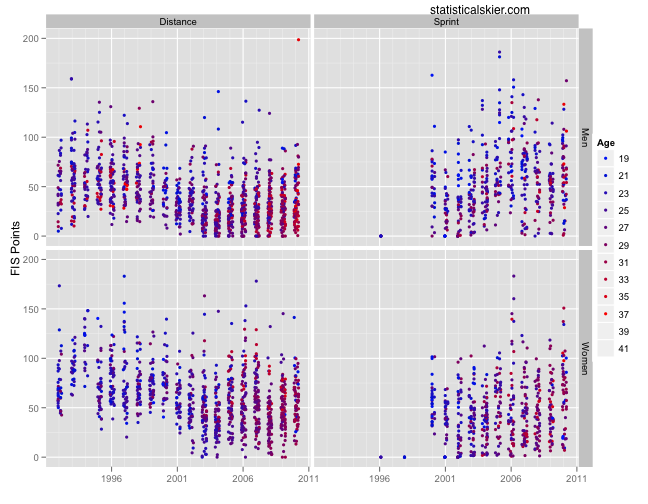 We’ve already had a couple of retirements from the German team, so we’re starting to see some turnover.

Read for the Record