. . . a great weekend as a matter of fact.  Friday’s heavy rainfall gave way to a high pressure system on Saturday, bringing clear skies and cold temps to the Champlain Valley.  With both the Adirondacks and Green Mountains at peak color, the conditions were perfect for the Vermont State Collegiate Cross Country Championships and Terry Aldrich’s Retirement Celebration. 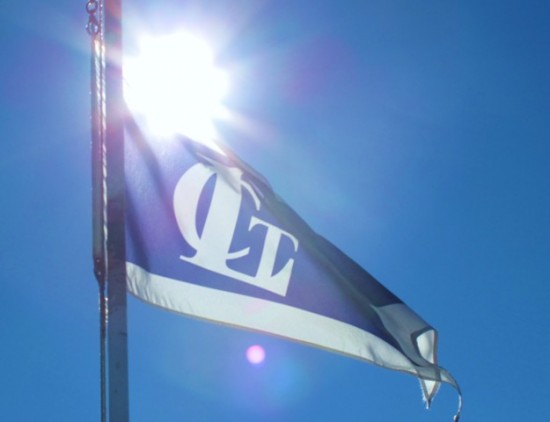 The Crown Point Bridge might be gone, but the temporary ferry across Lake Champlain is pretty cool.

The Men’s and Women’s teams swept the State Champs in front of a strong contingent of alumni.  Congrats!  Afterwards, the alumni got to show off their stuff in the legendary “Middlebury Legends 5km.”  I used the event as a chance to catch up with my boy Pete Murphy, while the rest of the crew duked it out in front of us.  In the end, Jimmy Butcher and Rainey Johnson had a photo finish for first at the line.  Unfortunately, no one took a photo!

Afterwards, the cross country team hosted a retirement celebration for Terry, with speeches from runners over Terry’s past 36 years at Midd.  At least 300 people filled the CFA for the event.  There were some classic Terry stories, accentuated with some classic lines, including: “We’re from Vermont, we do what we want” and, of course, “It’s a great day to be a Panther!” 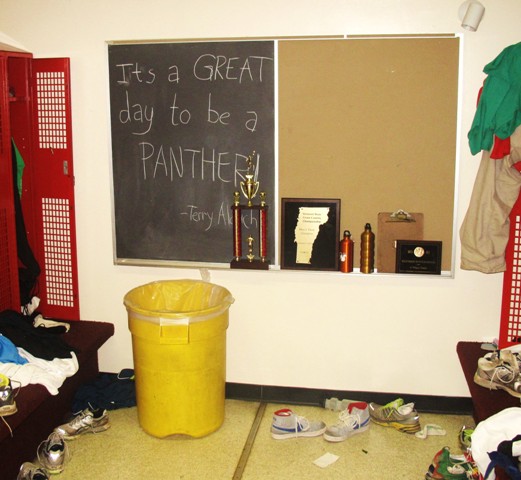 The quote chalked up by the men’s team in the locker room pretty much summed up the sentiment of the day–and the essence of Terry Aldrich and running at Middlebury.  (Note: On Saturday, I also ran into my freshman writing Professor, Karl Lindholm, who might have had something to say about the use of apostrophes). 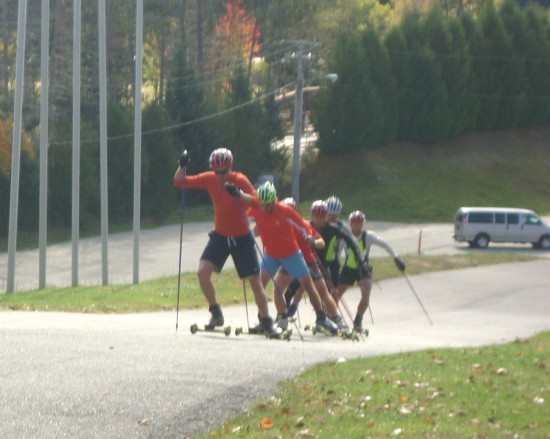 Mom and Dad Take on France