I’m squeezing in the last preview post for the Canadian ski team just under the wire!

For both Ivan Babikov and George Grey I’m going to focus in on the distance events.  They both certainly do sprints in stage events like the Tour de Ski, but I think it’s fair to say they both have had somewhat more success in distance events. 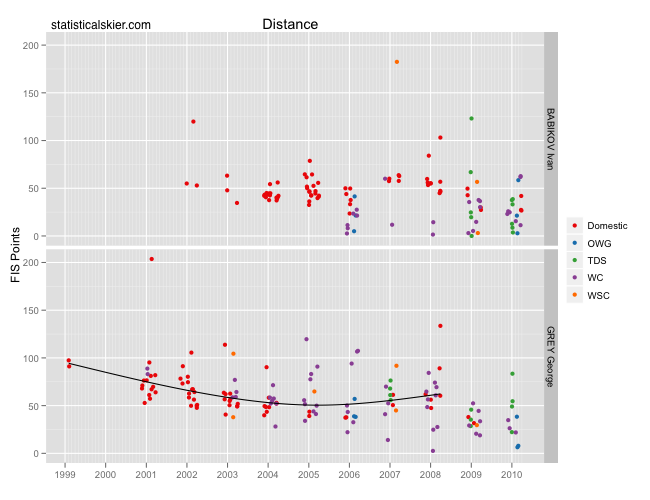 I’ve made a few potentially strange decisions in making this graph.  First, I omitted the trend line for Babikov.  I did this because his racing history is a bit “odd”, in that he raced for Russia until 2008-2009 when he became a Canadian citizen.  So for a while there, I think, he was kind of in “limbo” waiting for his nationality to switch over.  Second, the trend line for George Grey I fit only through the 2007-2008 season, in order to highlight the significant jump he’s made over the last two seasons.

Let’s take a closer look but without using FIS points: 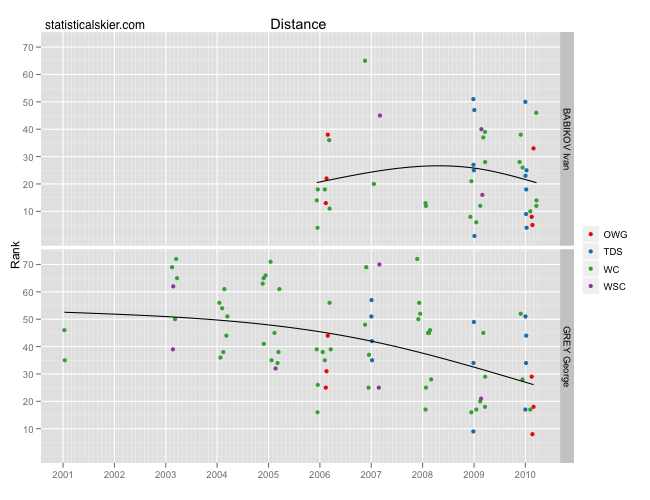 The up-and-down in Babikov’s trend line is largely an artifact of the lack of data in the middle seasons there.  I’d call that trend largely flat, although his best results have gotten slightly better it seems.

Grey shows a steady improvement up to where his median result is around 30th or so.  Babikov has been quite solid, with numerous top 20 performances.  I’d look for Grey to hold steady about where he was last season, about half the time in the top 30, half not.  Babikov might be able to put things together enough on occasion to hit to podium, which leads me to my last graph: 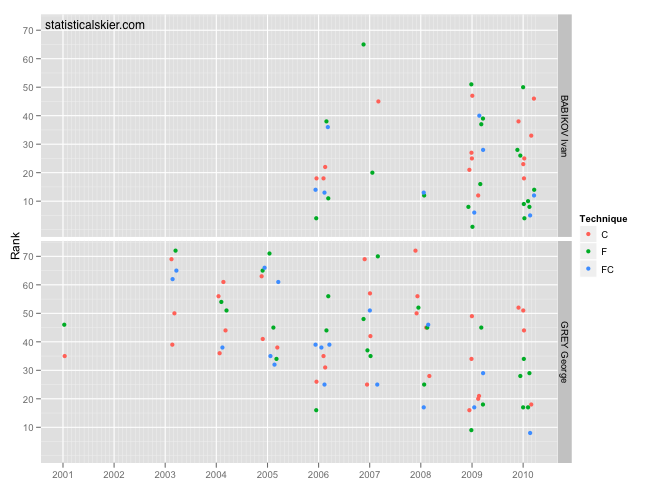 This is the same graph as before, but now the points are colored by technique, and remember than FC refers to pursuits, which generally speaking favor people who are good skaters.  Grey seems mostly even, but Babikov’s best results are nearly always skating or pursuits.  There aren’t a ton of 15km freestyle races on the schedule this season, so I think Babikov will be a bigger threat in the pursuits this year.