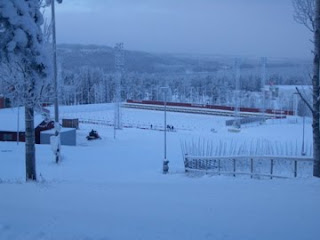 A view of the Östersund biathlon range with the lake in the background.

It’s winter here in snowy Östersund, which suits me just fine as I’m putting the final preparations in before the first World Cup, which starts exactly a week from today! Trials in Canmore are over, and the rest of the WC Team will be joining us in the next few days. Congrats to Laura Spector, Russell Currier and Lowell Bailey for making the World Cup team, and to Tracy Barnes, Annelies Cook, Zachary Hall and Bill Bowler for making the IBU Cup team. The IBU Cup Team heads to Europe in a little over a week for the second and third IBU Cup in Martell, Italy and Obertilliach, Austria.

Being here a few days early has been nice. The training has been great, as the snow here is a plentiful mix of man-made and natural. A few teams have been here for the past week, but most are just starting to arrive, making the atmosphere feel more and more like the World Cup. I’ve been staying in town for the past few days which has allowed me to explore Östersund a bit more. On Friday, I’ll move up to the hotel at the venue, where we’ll be through the races. It will be very convenient to be right at the race venue, cutting down on travel and logistics for the races.

They continue to make more snow and perfect the trails. This weekend the range will be getting buffed out and World Cup ready. Its hard to believe the races are so close after so much preparation, but my mindset is switching over to race mode. Hej World Cup! 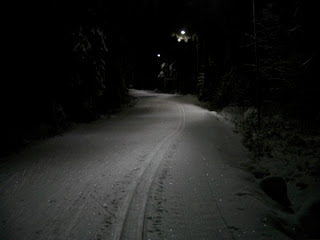 The tracks in Östersund at 4pm-ironically the lightest time to be skiing! 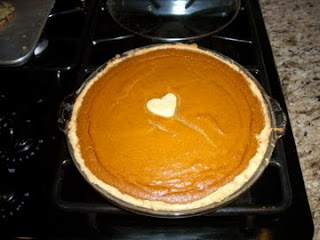 The pumpkin pie I wish we were having on Thanksgiving. One thing’s for sure, the Swedes will feed us potatoes!