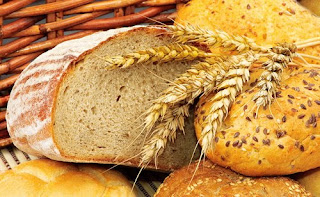 As some of you may know, my boyfriend and fellow National Team member Zach Hall is gluten intolerant. For those who don’t know, gluten intolerance is, very basically, an inability to break down the protein gluten (found in rye, wheat and barley). Zach’s intolerance is thankfully not celiac disease, which is the same general idea, except instead of having an upset stomach and GI issues, celiac sufferers can become violently ill when they eat gluten in any amount.

Zach has been able to manage his intolerance with only a few issues (mostly while on the road, when language barriers can present a problem), and since going gluten-free his junior year of college, he’s seen a steady improvement in his results. Recently, there’s been a lot of news about other sports teams going gluten or wheat-free (namely the Garmin Slipstream Cycling Team, featured recently in Men’s Journal). Since Zach and I share many meals anyway, I decided to try it while at our Utah camp. What I found was that my legs felt lighter and less tired, I was recovering faster, and I lost a couple pounds (putting me at my race weight in October, something I’ve never been able to accomplish). So I’ve decided to go gluten free for the season and see how things go.

Like Zach, I expect to encounter some issues, especially while traveling. However, since it is not an allergy that keeps me from eating wheat and gluten, it will be less worry-some for me. That’s not to say that I won’t be trying to keep this diet 100%. Luckily one of my sponsors, PowerBar, has several wheat and gluten free products that range from recovery bars to drink mixes to snack-type bars. I’ve already ordered several boxes to take with me to Europe. (Note: if you have issue with oats, many of these products will not be suitable for you. Check out celiac disease and oats here.) 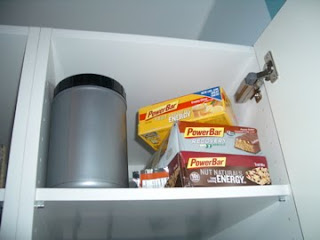 PowerBar stash! The drink mix label was a casualty of travel, but what’s inside is the Endurance Beverage in Lemon-Lime.

I’ll be keeping close tabs on how I feel and what I eat to make sure I’m getting enough of the right nutrients, but I’m confident in my decision. Hopefully it will yield the results on the ski course that I am looking for!

Fueling on the Go