Thanksgiving might have been last week, but why not celebrate the world’s greatest holiday twice?!  Given a hefty race schedule last week, we were unable to truly indulge on Thanksgiving number 1–not to mention we didn’t even have pumpkin pie.  With a big volume training week coming up, it’s important to pack in as many calories as possible.  After the races this weekend, Leif Zimmermann gave us some fresh elk meat he just shot this fall.  So, in lieu of turkey, we decided to have elk burgers for our Thanksgiving Part II. 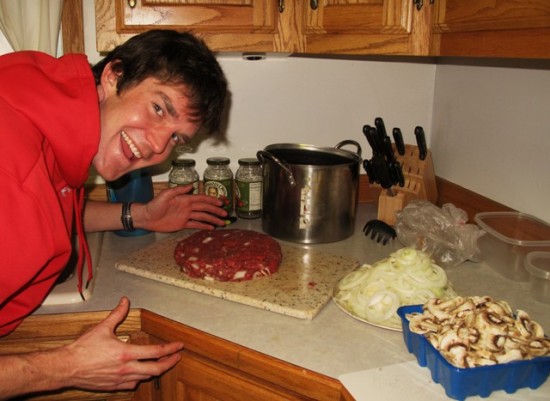 Initially, I was going to make myself a Man vs. Food style four-pound elk burger, complete with sauteed mushrooms and onions (in honor of the Travel Channel show we’ve been enjoying this week).  In the end, though, it was probably for the better that the meat get divided into eleven prime elk burgers. . .enough to feed our entire team.  In addition to the burgers, mushrooms, and onions, we had squash soup (inspired by Skoldy), baked squash seeds, a big Compton salad, and Jessie made four (count ‘em, FOUR) pumpkin pies.  Oh yeah! 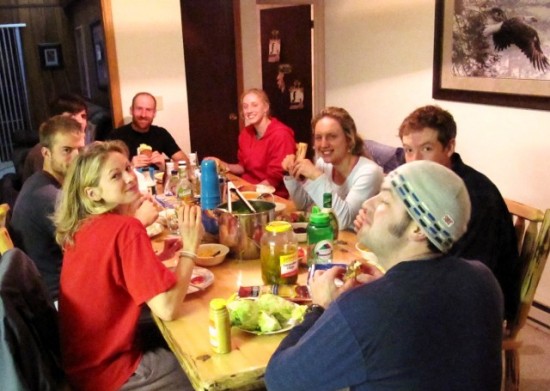 A Happy Thanksgiving (Part II)  from a happy CXC crew.

Ski Lessons in Paradise. Could this be the newest MOD recruit?