The week of the West Yellowstone camp is always one of the craziest of the ski season and this year was no exception.  From skiing on roller skis into the Park our first day,  to postponing the sprints because there was so much snow that the timer could not get over the pass, it was an eventful Thanksgiving Camp.

Here are some photos of the highlights. .  . 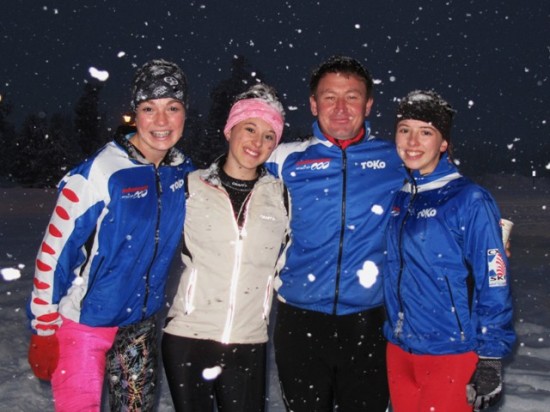 Igor and the CXC Junior team brought the snow. . .and lots of it! 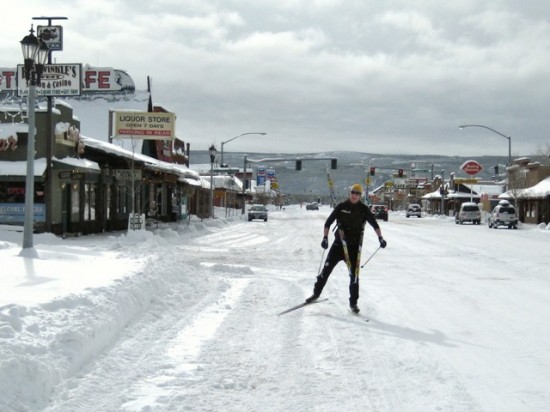 So much snow you could ski on the roads! 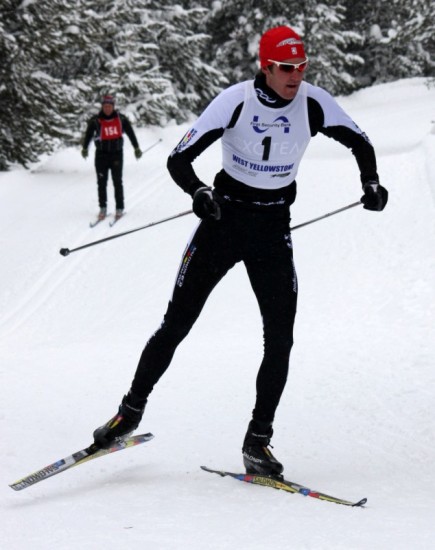 Kicking off the North American racing season with bib number one.  Oh yeah. 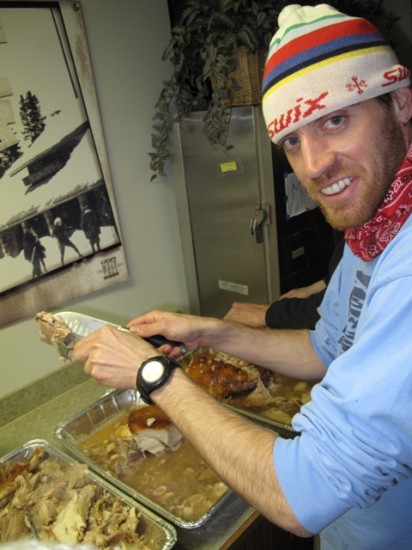 Justin Easter single handedly made our Thanksgiving dinner and, of course, carved the turkey.  Andy, our Austrian Caterer, cooked up most of our food for the week with a distinctly Bavarian flavor: brats, sauerkraut, schnitzel, and even Warsteiner on tap.  A big thanks to Andy and Justin for their hard work keeping us well fed all week. 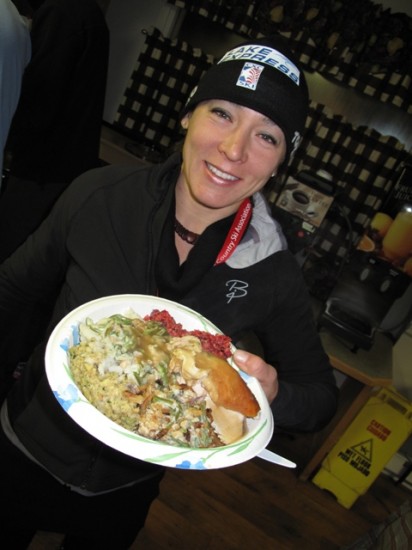 Aga, one of the CXC Masters Team members, skied with us all week.  When we weren’t on the trails, the elite team athletes enjoyed the company of our many masters team members over some of Andy and Justin’s satisfying meals. 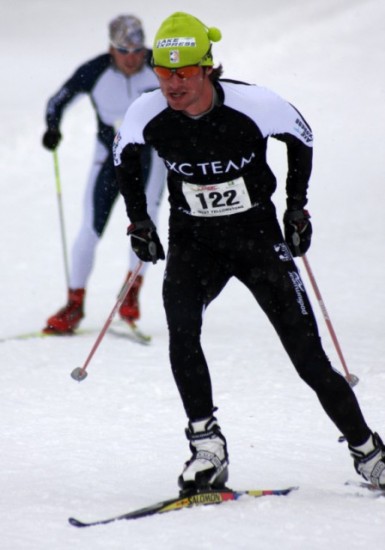 Tad Elliott took the first win of the season for CXC in the 15km Skate.  Nice work Tad! 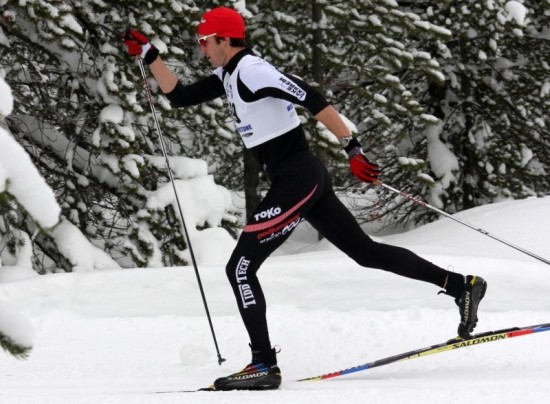 Thanks to our coaches, Jason Cork and Gus Kaeding, for getting us some fast skis and to Ian Harvey and Toko for some fast wax and race shots.  Major props to Gus who tackled a spectator crossing the trail in front of me, narrowly preventing a serious collision.  Guess it pays to have a coach that can bench 225lbs!  That was probably the most entertaining thing I witnessed all weekend. 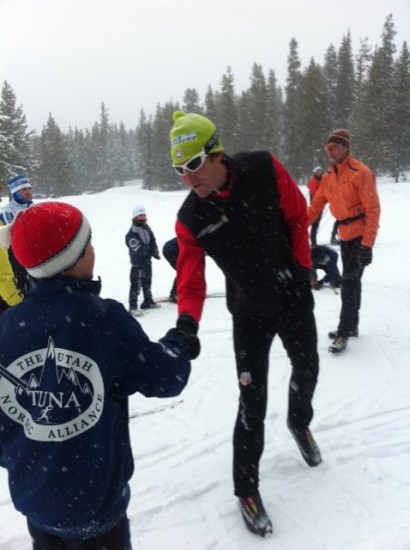 Finally, thanks to Ben Popp, Mike Nightengale, and Mike Brown with Sisu Skiers for inspiring, organizing, and sponsoring the Kuzzy Kids Clinic at West Yellowstone. 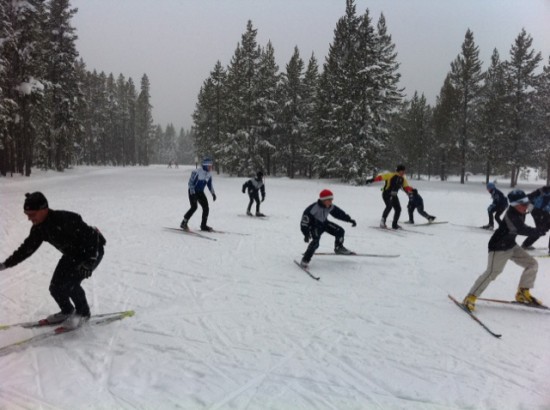 We had close to 30 kids from Minnesota, Wisconsin, Montana, Wyoming, Great Britain, and Utah participate in the clinic. 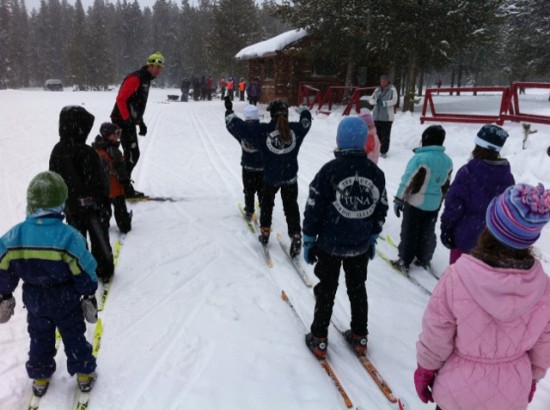 In reality, it was the kids from The Utah Nordic Alliance (TUNA), who led the clinic.  They demonstrated how to pull flawless 360’s, effortlessly skate backwards, and have a lot of fun on skis.  Major props to their coaches for pulling together such an active group of skiers.  Keeping up with their tradition of supporting local skiers and events, Salomon pitched in some cool boot bags for all the kids. 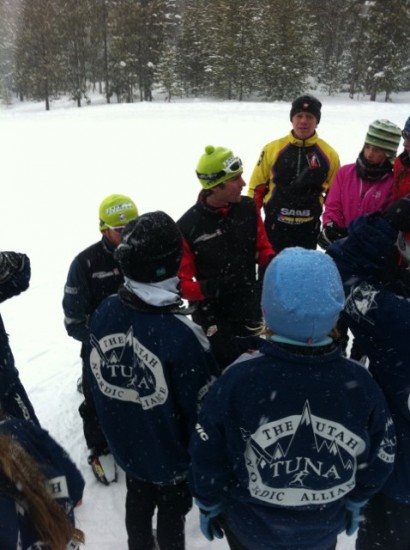 A big thanks to my teammate Brian Gregg for his help, too!  He spends a ton of time working with kids this age at the Boys & Girls Club in Hayward through his In The Arena project.  His help was invaluable making the afternoon a big success.  For now, I’m looking forward to a week of kicking back in West Yellowstone and the opportunity to enjoy all this new snow! 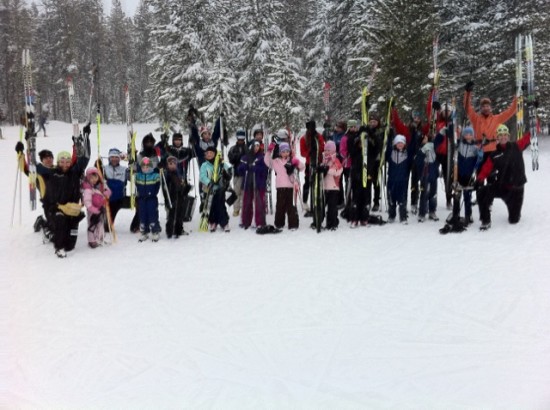