Who impressed me most in the races last weekend in Kuusamo?  Well, I have to agree with one of my commenters in picking Germany’s Nicole Fessel.  I’m not crazy enough to stay up till 1am to watch the races live on the internet, so I only have the results to go by.  Still, how impressive has her season been so far?  Let’s take a look: 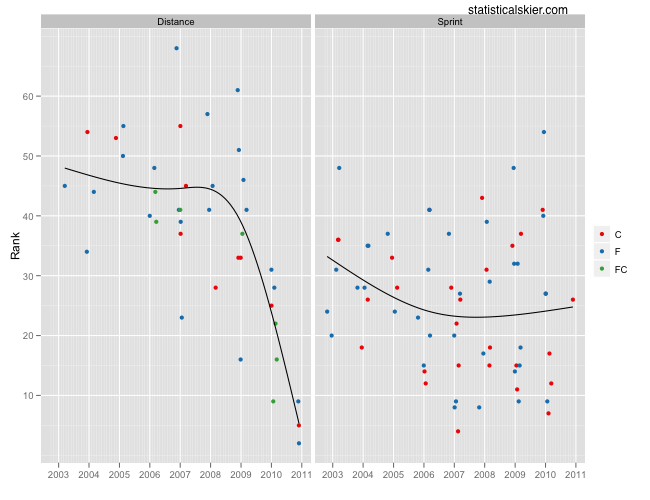 I might be reading way too much into her sprint results, but does anyone else see the two diverging trends after 2007?  One going up and one going down? Unless someone has a really plausible explanation for that I’m going to chalk it up to random chance (the human eye likes to see patterns, even if none are there).

Let’s put her distance results trend in a little more context by plotting all of them, using FIS points this time: 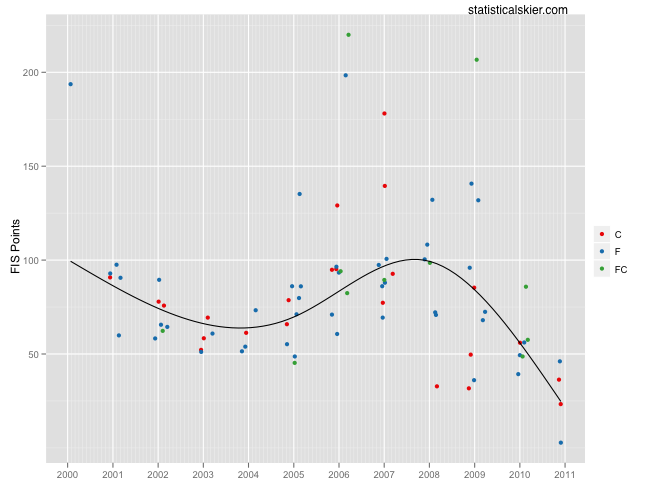 You just don’t see athlete development patterns like that every day.  Promising early career, followed by some struggles between 2006-08, followed by rapid improvement.  How will she race for the rest of this season?  Anyone care to weigh in?