I debated whether these snapshot graphs would be sensible for the prologue (and also some other TdS stages as well) since the race formats during the Tour are a bit odd, so comparisons to the past are fairly tenuous.  Also, I think the prologue event is kind of dumb, but that’s just my own bias.  I decided to try them for now.  I’m going to play it by ear with the handicap start stages later on, though, as sometimes FIS scores a “pursuit” stage like a two day pursuit and sometimes they’ve scored only the times from that day (despite the handicap style start).

I believe tomorrow’s pursuit stage will be treated like a two day pursuit, so the Stage 2 winner will be the person with the best combined time, but they don’t count the prologue time twice for the TdS overall.  I’ll spend some time today seeing if I can come up with a sensible race snapshot graph for that kind of event… 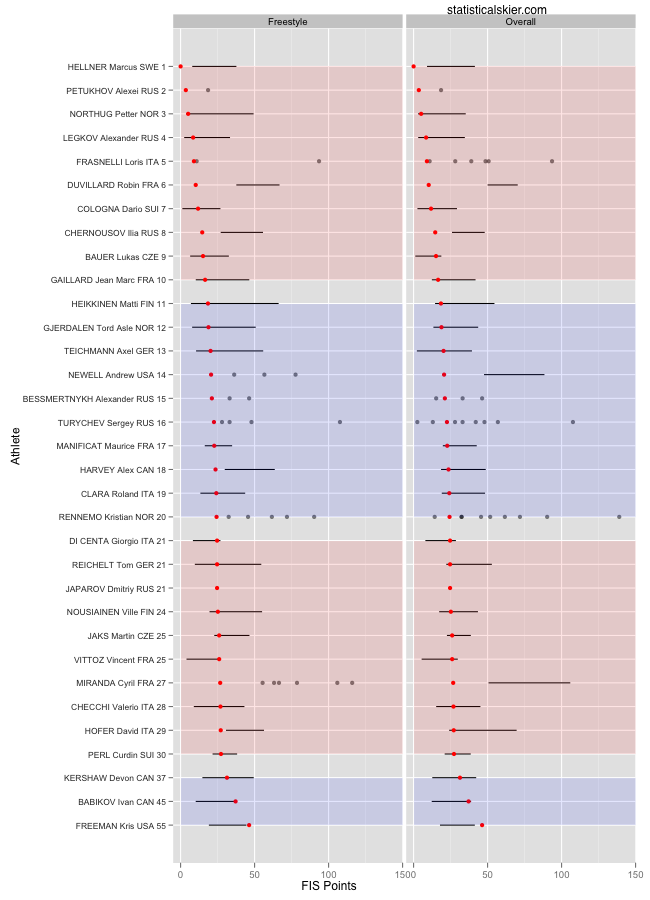 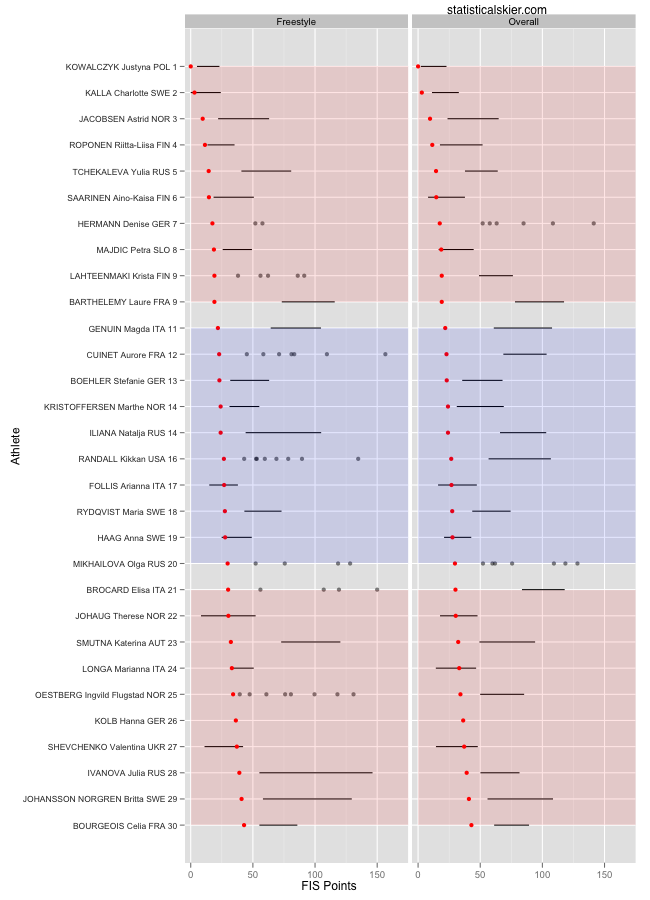 Hellner Wins Stage One, Newell Sets Up For Sprints