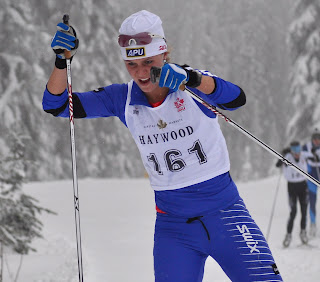 Yesterday was the 10k skate race to round off the NorAm weekend here in Sovereign Lakes. We woke up to about 10 inches of snow in the morning, so I knew it was going to be a lot of work. As I started warming up, I was feeling pretty wrecked from the hard sprinting effort day before, but tried to stay positive, knowing everyone else was in the same boat. 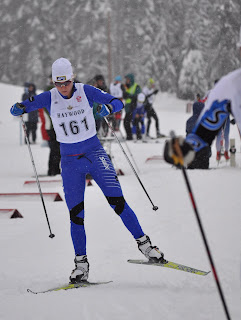 I have always considered Sovereign Lakes as one of the hardest skate courses I ski all year, so I was anxious to see how it would all pan out. With my new “liking” of hills, I actually had a lot more fun than I thought I would! Brook Gosling, a really strong distance skier started 30 seconds behind me, so my plan was to jump on her when she came by. Fortunately, she caught me on the second lap, right where I was beginning to struggle. For the next couple of kilometers of climbing, I set my mind on watching her boots and hammered on. Just as we started approaching the last couple of climbs, I got a second wind and made the pass, powering for the finish. 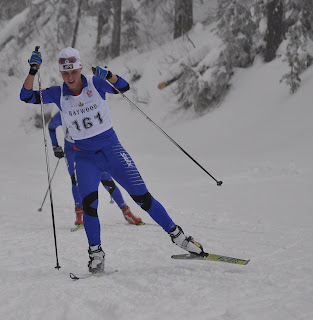 At the end of the day, I ended up 7th place, a little over a minute back from the winner, and team mate, Holly Brooks. A solid weekend for all of the APU athletes!
Results are on:
http://www.fis-ski.com/uk/604/1228.html?event_id=28494&cal_suchsector=CC 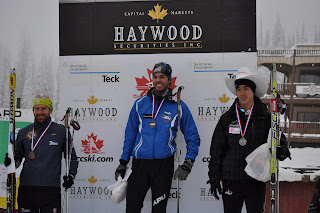 APU- Lars Flora and Holly Brooks take the win in mens and womans. Congrats to B. Gregg as well, taking 2nd.
We are now headed off to Rossland for the mini-tour next weekend. I have never been to Rossland, so I am anxious to see what its like. 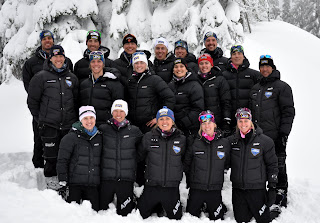 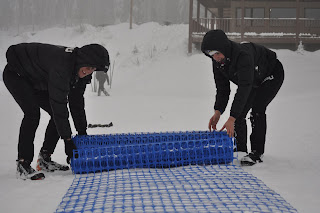 APU team helping break down the stadium after the races
Thanks to Erik and Casey for great skis all weekend. It is impressive to watch how two guys can take care of 18 athletes so efficiently… even when some athletes are traveling with about 30 pairs of skis each!
Rob Whitney pics- THANKS!