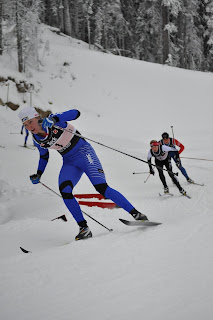 Today was the first race of the Sovereign Lakes NorAms, a 1.5km classic sprint. The new course change Sovereign has been working on over the summer and fall was amazing. It was so much fun with the addition of hills and twisty turns! I went out, raced hard, and had a great time. In the qualifier round, I had my first NorAm victory ever, and then went on to take second in the finals, behind a Canadian skier. On the last hill, Holly Brooks and I ended up getting tangled and unfortunately lost contact with the Canadian- but then pulled it in pretty hard trying to catch back up with her. 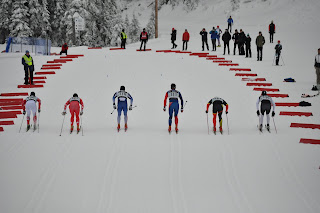 boys charge off the line 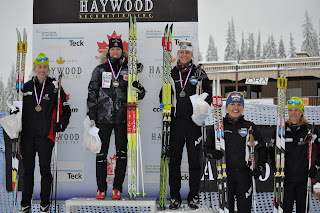 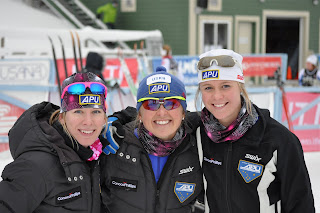 APU Girls- 2nd, 4th, 6th- Morgan Smyth, Holly Brooks and I
The coaches gave me great skis which made it possible to really nail the hills when I needed to and hold my position on the downhills. It was awesome to have so many APU athletes lining up on the line with me for the heats throughout the day. The rest of the APU athletes were stretched across the courses cheering us on- so thanks to them! 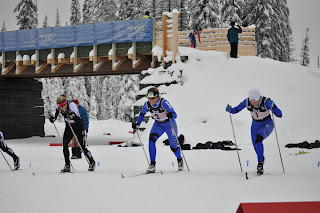 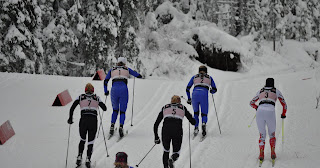 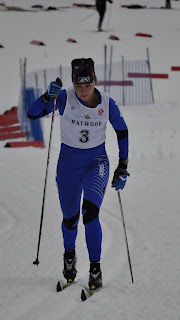 The best part about todays race was the different game that I brought to the start line. Today was an ordinary interval workout in the life of an APU’er. With so many talented girls on this team, every workout I am constantly learning about tactics and how to ski within a group. This makes sprint racing a second nature, so I was able to conserve a lot of nervous energy- and have twice as much fun! 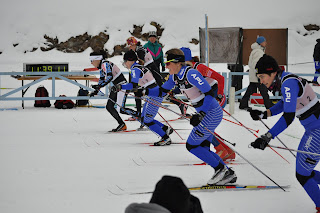 APU Girls representing 50% of the heat
Tomorrows race is 10k Skate. It is supposed to snow a bunch tonight… so tomorrow could be interesting! Results should be posted at www.zone4.ca 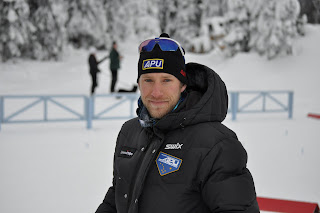 Super-star wax tech! Thanks Casey and Erik for the great skis! 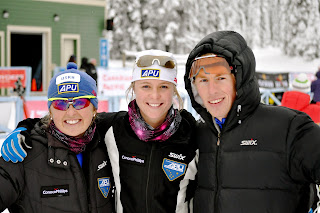 Thanks to Rob Whitney for all the photos!