Holly BrooksDecember 2, 2010
I know that everyone’s been saying it but this place is SWEET! Silver Star has been called heaven, paradise, the best place to ski in North America, etc, etc.  It’s probably all of those things that therein lies the problem.  When you have races coming up in the future, how do you keep yourself from hammering out a hard 50k everyday?  The point is to get in shape but blow yourself out for the races – when you have to ski fast.  It’s hard because all I really want to do is ski hard until I drop 🙂 Here are a couple of pictures from our first days in Silver Star… 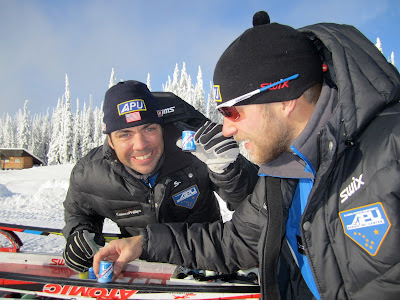 Extra Blue… if I could only have one wax for the rest of my life, this would be it! 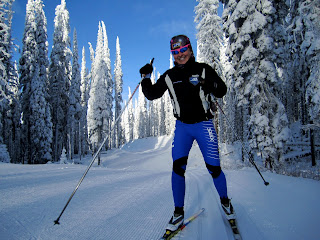 Me lovin the trails! 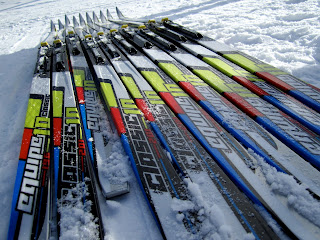 I did some classic ski testing with Erik and Casey this morning. It’s important to organize your skis and get to know which ski works in which conditions…. It was great to be able to blaze around, switch skis, discuss our thoughts, and come to some conclusions. 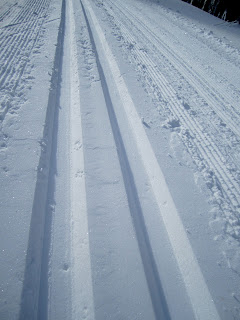 Silver Star and Sovereign look like THIS – all 100+ Kilometers of trails. The grooming is done everyday and night and skiers wake up to deep, firm tracks and corduroy EVERY DAY.  This is what creates paradise! 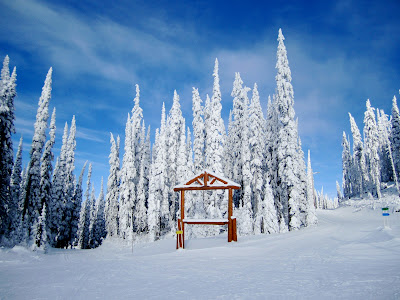 Note the iconic Silver Star trees.  For some reason, they always kind of look like this….
In many ways, Silver Star is somewhat of a homecoming for me.  Having grown up in Seattle, my family would come here to celebrate Thanksgiving every year.  Here is a pic of my Grandparents Christmas card in nineteen ninety five! 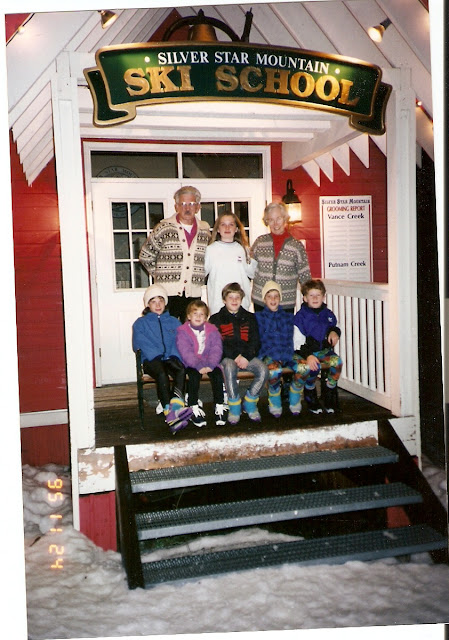 Moving onto the race report from West…..
I had a solid beginning to the race season.  It was fun to pile four races in three days. Going into the races I didn’t know where my fitness was or where I stood.  Now I have a decent idea of where I am and where I need to go.  I have a much different approach then last year…. Last season I had to come out at the West Yellowstone races firing on all cylinders.  I had virtually no points coming into the season and to make the Olympic team, I needed to be skiing fast right off the bat to get my name into the mix.  This year is different.  I have decent points and I hope to be skiing my fastest towards the end of the season rather than the beginning. I was especially happy with the sprint races – I didn’t really feel like I preformed better in them than the distance races but for some reason, the result was way better. Here is an article from fasterskier on the sprint races:
http://fasterskier.com/2010/11/brooks-dominates-thanksgiving-day-dual-sprint/
And, here are a couple of pictures from last week and the races: 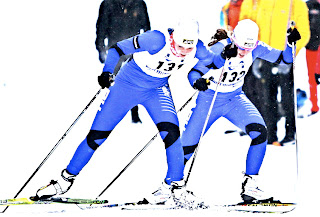 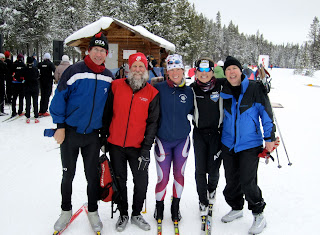 My family came to the races in WEST!  My sister was coaching and my family ended up volunteering because the races were switched to Thanksgiving Day (and they lacked volunteers.)  It was sweet having my mom work course control and hear her cheering and to have my dad in the finish shoot taking my skis off after I crossed the line! 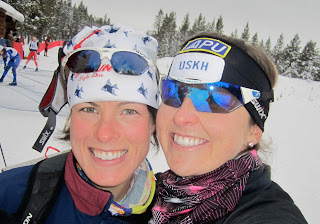 My sister Robin is working her first winter as the head coach for Glacier Nordic out of White Fish, Montana.  Her team was a great cheering contingent in the distance races! ….. Also a special thanks to USKH, my headgear sponsor for the season. 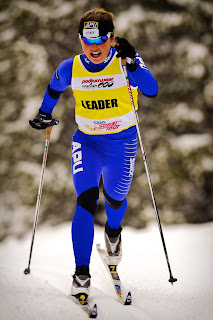 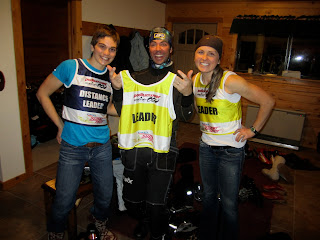 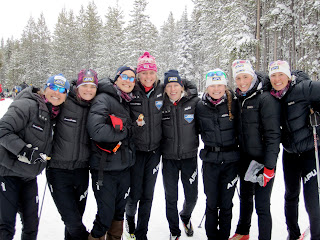 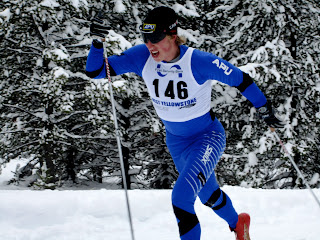 Sweet shot of Pickle Pete in the boys race before my camera battery died. 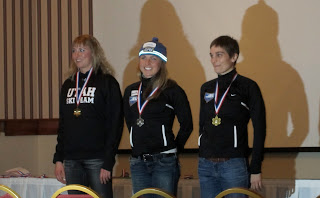 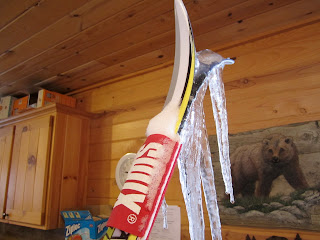 And last but not least, my huge ski-sickle..
Thanks for reading – more to come soon!
~Holly 😉