After the competitions ended and all the competitors headed for whiter pastures the MOD bid farewell to Maine for a day along the Connecticut River. Before making our way to the state line towns of Lyme, New Hampshire and South Strattford, Vermont, we stopped off at the Washington Hotel in Bretton Woods to check out the scene by skis and get a little oxygen in the lungs. 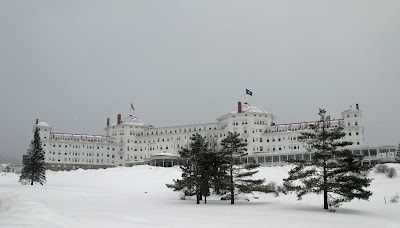 Since my days studying a bit of economics at the University of Utah, I’ve been interested to one day check out the trails of Bretton Woods. Finally, the opportunity finally came. Way back in the summer of 1944 all forty-four of the Allied Nations came together for three weeks to hammer out how a system of monetary policies to help us from having more great wars. To schuss around on the 60 kilometers of immaculately buffed out trails, and at least get an idea of what its like to hop-nob with the elite – have you ever seen a hand-crafted mahogany clad ski locker room before? I used Alfred Hitchcock’s old locker, if you were wondering – made for an interesting diversion.

From Bretton Woods it was off to Bull Moose Acres. The farm sits three miles outside the classic, quaint New England town of Lyme, New Hampshire. After climbing for two miles up a meandering unlined country road, one reaches the former horse racing stables that now is home to the In The Arena world headquarters. I’ve heard awed rumblings about this place and its mission, but I still didn’t know what to expect. Whether it was the alpen glow of the early evening or the wild turkeys scurrying about, I knew I was headed someplace special as I made my way up the maple-lined drive.

To one side rests the Dartmouth SkiWay, along with 20,000 acres of protected wilderness. To the other, clear views run to the peaks of the White Mountains fifty miles away. For someone who might use the word claustrophobic as one way to describe the East, this came as a most welcome surprise.

Soon though it was time to say goodbye to Amory and David, to Thea and little Torin as well and head across the Connecticut for a family dinner in Vermont. Six years had past since the last time I was here. It makes one think how time and opportunity can both pass far too quickly if we’re not attuned to the world around us. If another six years must pass before I hit the the eastern backcountry with my cousins Casey and West and Jay, that many springs transpire before I tap another sugar maple tree, or that many classes of young athletes make their way through the ITA summer training&life camp experience before I return, well, it will be far too long. 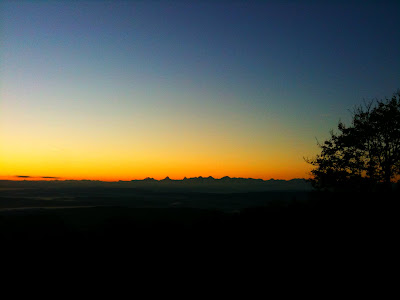 Until then, Sam and Scott will be doing their thing back in the States, while I’m in the Alps of Switzerland, prepping for all the real races left before I call an end to this season. Until then, enjoy the days. I’ll do the same.