So there was this post a while back where I looked at the oft repeated CW that Andrew Newell tends to qualify rather fast and then slip back a bit in the heats.  My goal was just to see whether and to what degree this actually happens.  It turns out that my attempt to tackle this topic is slightly cursed because I keep messing it up.

The first time around I mistakenly mixed sprint races with 16 and 30 people moving on into the heats.  More recently, Nat Herz reminded me of something that should have been obvious from the start: people who qualify well are more likely to move backwards simply because there are only so many spots available to them to move up.

For example, if you qualify 3rd, in some respects you more likely to do worse in the heat simply because there’s more room behind you than in front of you.  To give you a sense for how right Nat was about this effect, check out this plot: 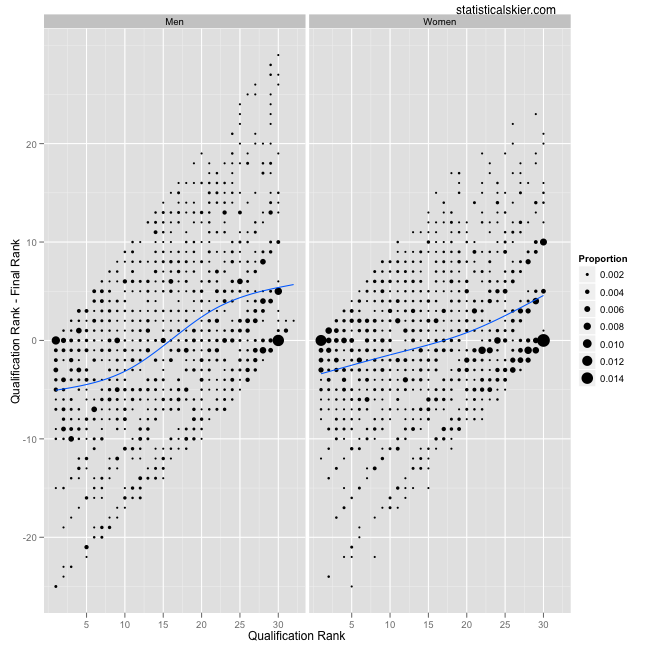 As you can see, it’s much more common for people who qualify well (i.e. top 5-10) to end up losing places, and vice versa for people who qualify slowly.  However, the blue trend lines probably aren’t as steep as you might expect.  This is because there’s another general trend working in the opposite direction.  Skiers who qualify well do actually tend, on average, to be faster skiers.  So it’s quite common for them to do as well or better in the finals.  You can see this tendency in the plot by looking at the size of the points, which indicate how often a particular combination occurred.

Here are plots focusing on the men and women who’ve done at least 15 WC sprint races over the past 4 years or so, complete with error bars: 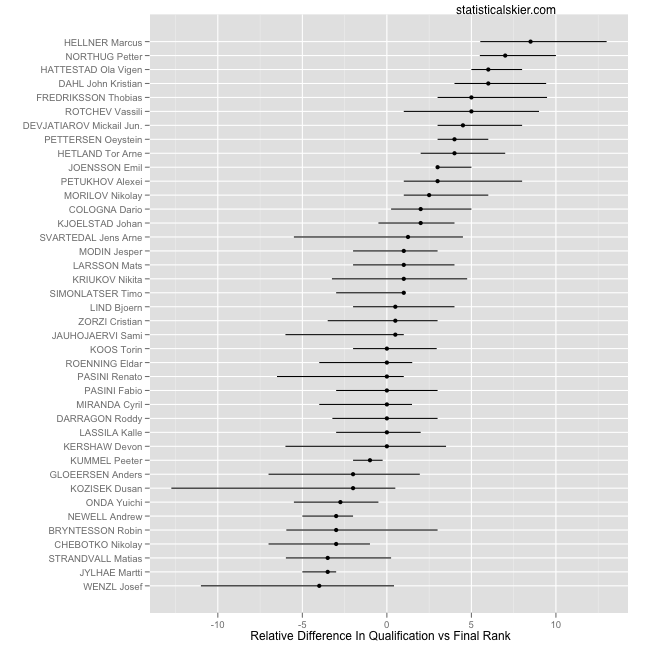 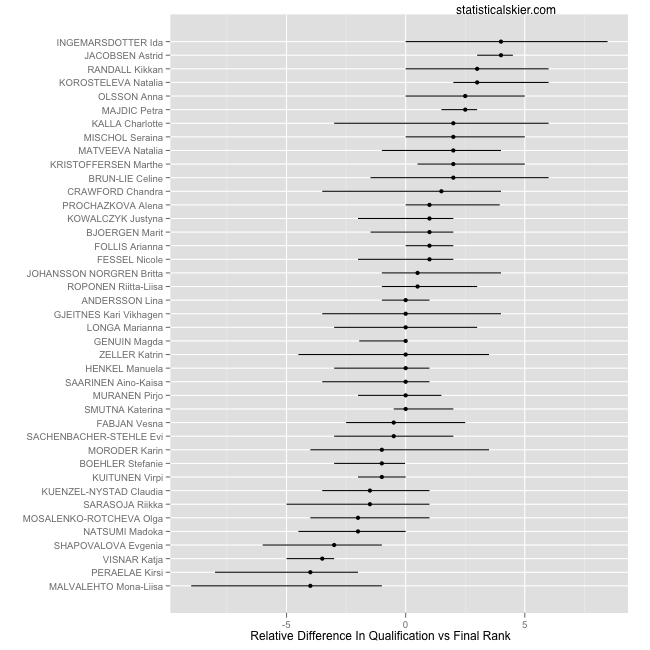 Recall that the scale on the x axis here is the change relative to the median for skiers who qualify at that level.  So negative values are “bad” and positive values are “good”.  So in this version we’d say that Andrew Newell tends to move back ~3 places more than what is typical given where he qualifies.

Luckily (for me) things don’t change dramatically.  While this might seem puzzling, really it’s connected to those two opposing tendencies I mentioned above:

It just turns out that there two forces end up mostly canceling each other out.  Thanks again to Nat for bringing this up, it really improved the analysis!