Beginning with the men: 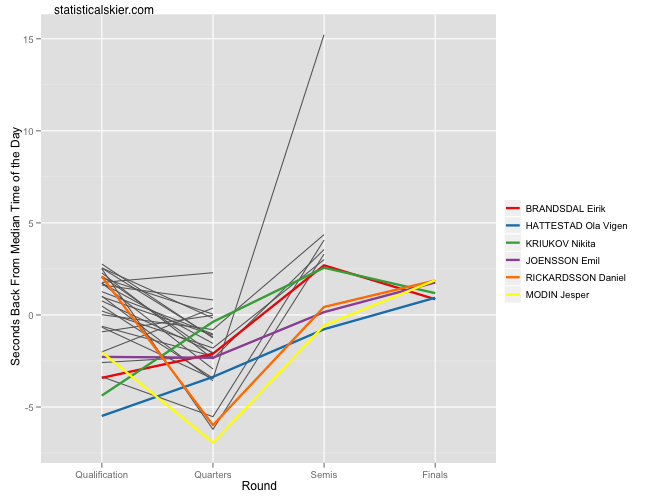 Ola Vigen Hattestad went progressively slower as the day wore on, though often there are tactical reasons for that depending on the speed of your heat. And of course, he ended up second. There is also the issue of skiers switching between classic and skating skis given the flat course.

Erik Brandsdal qualified with a fairly fast time, but then managed to get through the quarters and semis with comparatively easier efforts. The same was true for Nikita Kriukov, but this didn’t lead to quite as happy an ending in his case. Once again, the men’s final was a bit on the slow side considering all the times for the day. Another thing to note is that this marks the fourth sprint race this season where Jesper Modin has finished 6th (i.e. making the finals and then finishing last in the finals). Here’s a look at just his sprint performances: 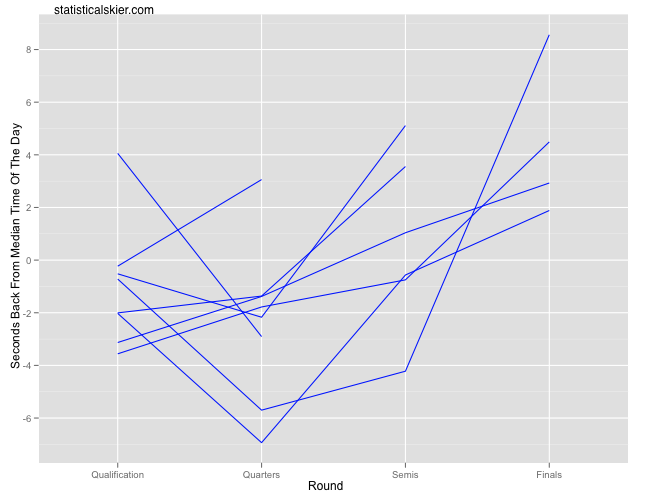 I’m not sure how much we can say about this, since the men’s heats tend to get slower as the day goes on. I’ll have to work on some way to do a fairer comparison.

As for the semifinals, 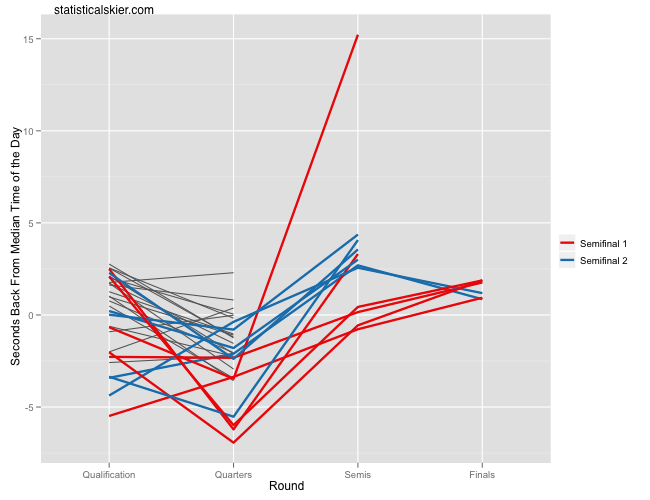 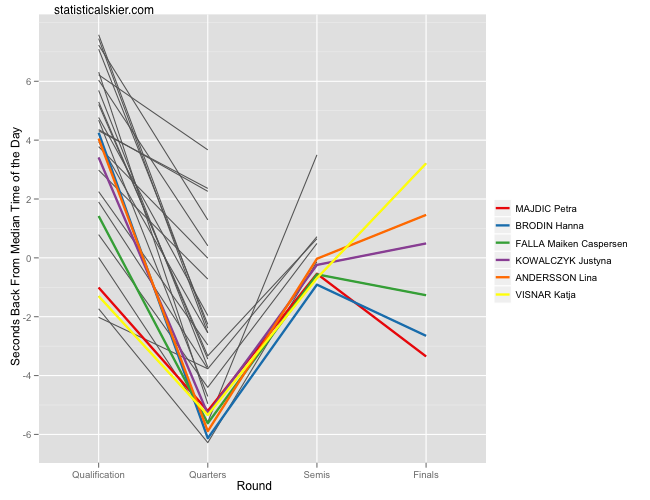 The women’s final wasn’t this much more spread out than the men’s; note the scale is less compressed since we don’t have an large outlying time. All of these finalists put in some very fast quarterfinal times. I can’t recall reading how many of the women switched back and forth between classic and skating gear, but note that Brodin, Kowalczyk and Andersson all skied roughly 9-10 seconds faster in the quarters compared to qualification! I may have to go back and see how this compares to other big changes in times for different athletes.

I’m guessing there wasn’t as big a gap between the semifinals in this case: 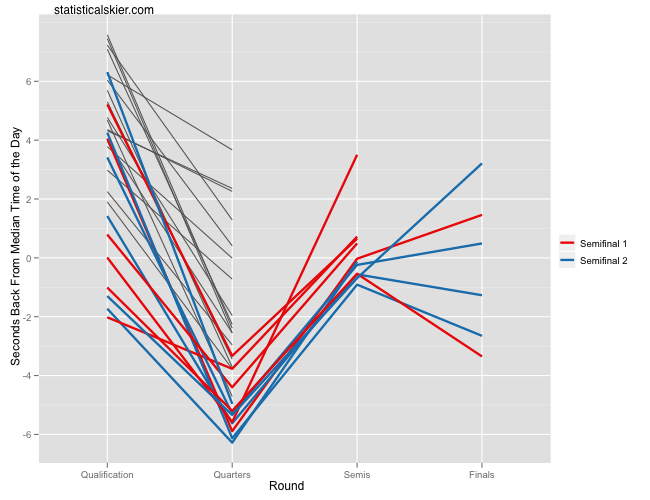 Yeah, they were pretty close, though Semifinal 2 probably had a slight edge.

Colorado Buffaloes Pull Ahead For Win At Soldier Hollow