These race snapshot graphs are quite a bit different from usual.  First, today’s pursuit is essentially an old style two day pursuit with the techniques reversed (skating yesterday, classic today).  So the stage results from today include yesterday’s time (minus the bonus seconds from yesterday).  Hence, my race snapshot graphs won’t compare today’s stage to a particular technique, since today’s result includes racing from both, but isn’t a continuous pursuit.

The other change stems from the fact that if you check out the raw results from today you’ll notice that the points awarded were unusually low.  This is something that we’re used to seeing in mass start races and continuous pursuits, where the pace is often artificially slow, allowing skiers deeper in the field to remain close to the leader.  In fact, the points were so low today that I decided it made more sense to adjust them using my equivalent percent back (EqPB) method (outlined here and here).  This means I’m essentially treating today’s race as a mass start event, which isn’t technically true.  It also means that while the order of the athletes is unchanged, the points plotted here are not the official FIS points awarded to the athletes!  Generally speaking they are somewhat inflated.  But after comparing these with the same plots using the raw FIS points, I’ve decided that these give a more accurate view of how people did today compared to their past performances.

And of course, nice job Devon Kershaw!  <sarcasm> But remember folks, according to the geniuses at FIS, today’s race wasn’t really a World Cup race, so this doesn’t really count as a World Cup podium result for the Canadian.  Aw, shucks!  </sarcasm> 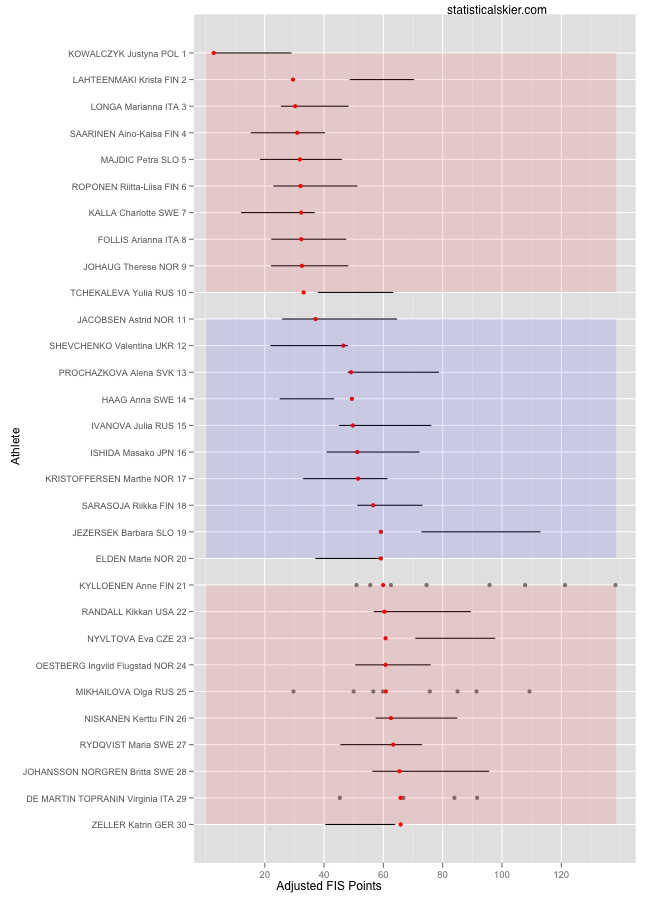 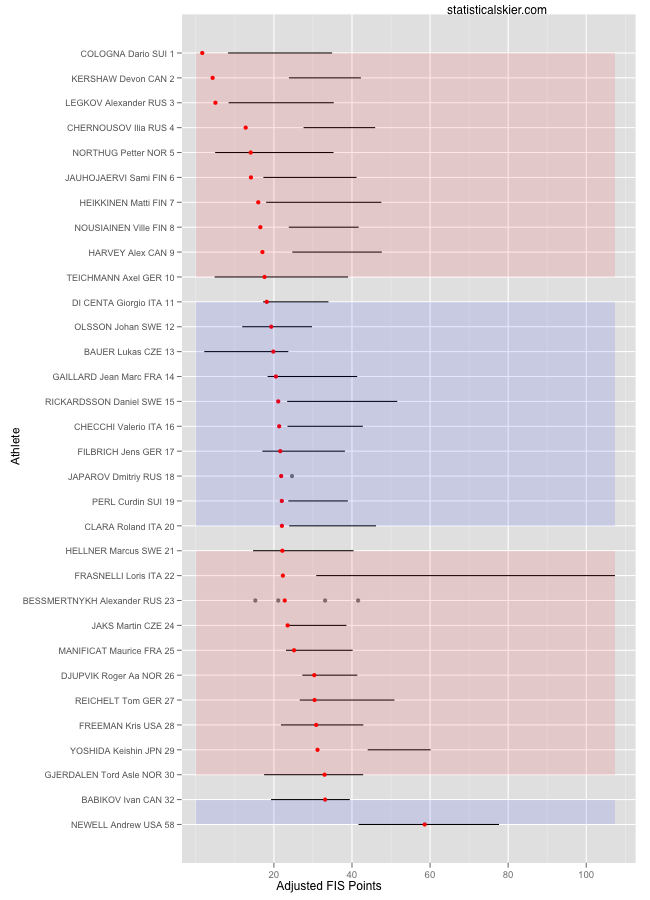