Three races in to the four race series, we’re taking a day off before tomorrow’s Skate Sprint, the final race of the championship.  Congrats to Tad Elliott on CXC’s first National Championship of the season and to Jessie Diggins, number 1 qualifier for the 2011 US World Junior Championship team.  It’s been an exciting week after warm temps and rain almost destroyed the entire race trail.  The trail’s been getting better and better everyday as cold temps allow for lots of snow production.  The course should be in pristine condition for the sprint.  Stay tuned. . .

For now, here are some shots from the 30km skate yesterday. 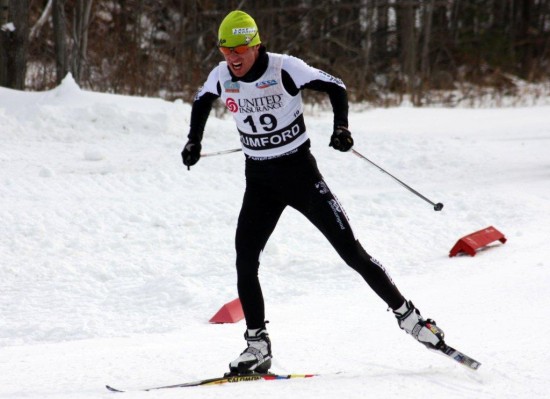 Tad on his way to CXC’s first National Championship of the season.  Nice work!  He edged out Lars Flora by 0.1 seconds in an interval start 30km race.  That’s about as close as it gets! 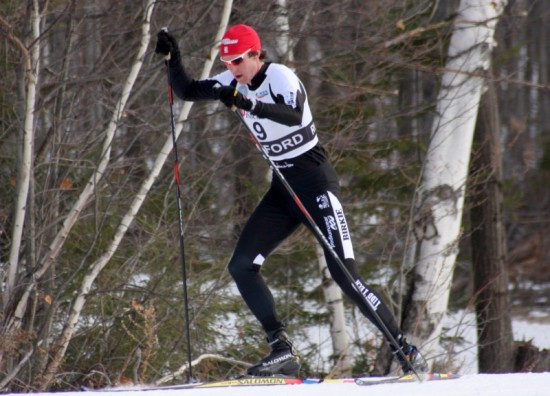 I ended the 30km with my second Top-10 finish of the week in as many attempts.  That was my first marathon distance event in a long time and it felt great to pin it for over an hour.  Looking forward to a blazing sprint tomorrow! 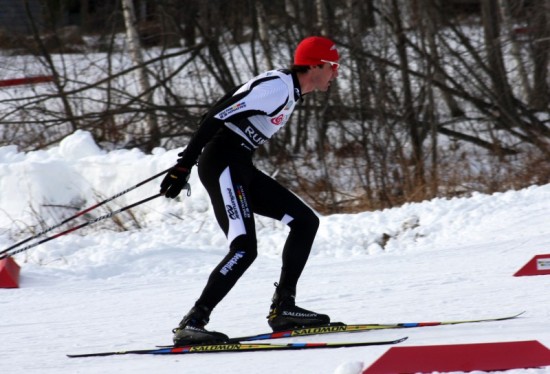 All photos from Ian Harvey – Toko.